On Monday, August 21, beginning at 1:30 pm, people in North America can witness a solar eclipse. While you won’t see a total eclipse here in Massachusetts, you can expect to see 60-70 percent totality, Here, Stephanie Majeau, Education Coordinator at Ipswich River Wildlife Sanctuary, shares her first experience witnessing an eclipse and what we can expect on Monday.

The dim, eerie midday light stands out the most in my memory. Beginning from its typical blue hue, the sky darkened to an unusual golden-purple glow. Surrounded by 50 or so of my fellow students on a clear May day in 1994, I excitedly placed a box over my head that I had constructed into a pinhole projector so I could safely view my first partial solar eclipse.

This was one of those rare, magical, and quirky experiences that made me fall in love with science and now, for the first time in my lifetime, a total solar eclipse will pass across the United States on Monday, August 21, from coast to coast. 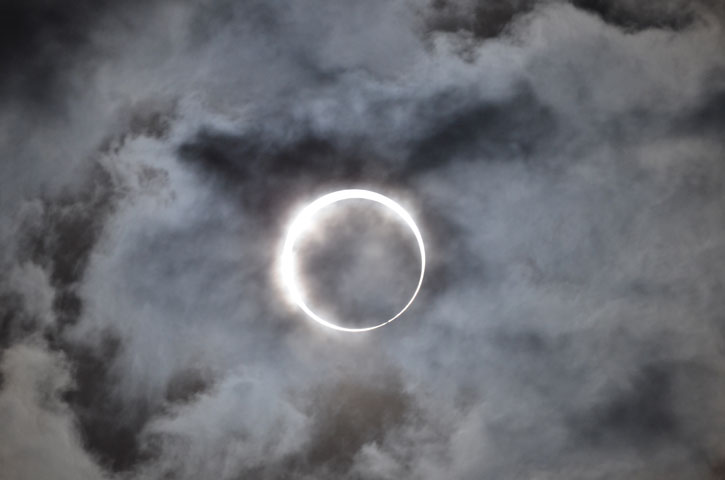 What Is an Eclipse?

Once viewed as an ill-omen or a portent of bad luck, solar eclipses, especially total solar eclipses, are one of the most spectacular sites you can view in the sky. Still, many people don’t completely understand why eclipses happen, so let’s unpack some of the science.

Due to their relative distances from earth, both the moon and the sun appear to be equally sized when viewed from our planet’s surface. Both the earth and the moon cast shadows from the sun’s light into space and as the earth-moon system orbits the sun, the shadow of one will occasionally fall on the surface of the other. For a solar eclipse, the moon has to be between the sun and the earth, much like it is during the monthly new moon, when we see only the moon’s dark side.

So why don’t we have a solar eclipse every month? Because the moon’s orbit around the sun is tilted. The plane of the earth’s orbit around the sun is called the “ecliptic”; the moon’s orbit is tilted 5º from the ecliptic and only intersects that plane along two lines called nodes. So in order to see a total solar eclipse, a new moon has to happen at the same time the moon is crossing the ecliptic. (A cloudless day is also helpful, of course.)

The “path of totality” is where the darkest part of the moon’s shadow (the umbra) passes over the earth. Surrounding the edge of the umbra is the lighter part of the shadow called the penumbra. Stand in the path of the umbra, and you’ll see a total eclipse. Stand in the path of the penumbra and you’ll see the sun partially obscured in a partial eclipse. While some parts of the United States will see a total eclipse, Massachusetts will pass through the penumbra and witness a partial eclipse next Monday. 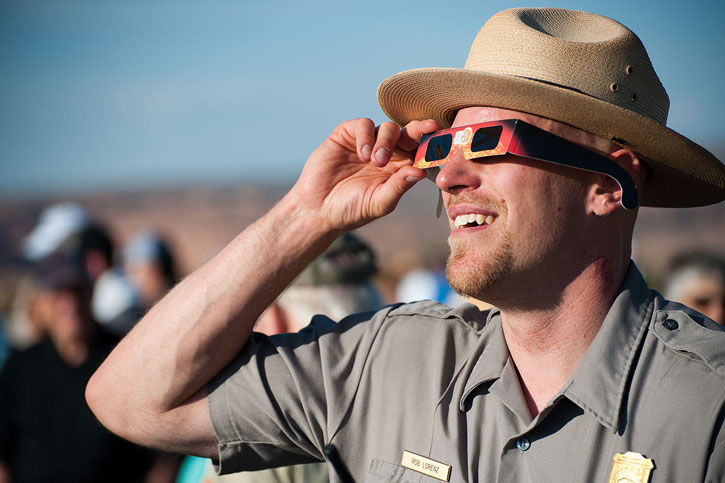 It is important to remember that the only safe time to directly observe the sun with unprotected eyes is during the totality of a total eclipse, when the sun is completely blocked by the moon. To safely view the entire eclipse event, you can make a “pinhole projector” to indirectly view the sun, get a pair of eclipse glasses that are certified ISO 12212-2 “filters for direct observation of the sun” (many public libraries have these available), or use a telescope outfitted with proper filters for direct sun viewing. Improper eclipse viewing can lead to permanent eye damage.

Solar and lunar eclipses occur two to five times a year, but a solar eclipse passing over your corner of the globe is rare. If you are unable to travel to the path of totality, fear not— another total solar eclipse is only seven years away. The path of totality of the next eclipse will cross portions of northern New England on Monday, April 8, 2024.