Every November and December, for more than 30 years, sea turtles strand on the bayside beaches of Cape Cod. At first there were only a few. But since 1999, hundreds of turtles have washed ashore each year. In 2014, more than 1,200 sea turtles were rescued or recovered.

Sea turtles strand on the Cape in the fall because of “cold-stunning”, a kind of hypothermia. Most are young Kemp’s Ridleys, the most endangered sea turtle in the world, transported north by the Gulf Stream. Ridleys feed along the New England coast during the summer. As they move south in the fall, some may become trapped by the hook shape of Cape Cod. Unable to find their way out of the bay and chilled by falling temperatures, turtles’ systems start to shut down.

For years, the staff and volunteers at Mass Audubon’s Wellfleet Bay Wildlife Sanctuary have patrolled beaches to rescue cold-stunned turtles and transport them to the New England Aquarium for lifesaving medical care. Most of the rescued turtles will eventually return to the ocean.

Warming Waters May Play a Role

Before 1990, sea turtles generally didn’t travel north of Cape Cod because the water was too cold. Young turtles making return trips south in the fall would cold-stun on Long Island, New York, but rarely along the Massachusetts coast. That started changing in the 1990’s. Since then, the Gulf of Maine, which includes Cape Cod Bay, has been warming even faster than the global average. Warmer waters have encouraged sea turtles and many other forms of marine life to take advantage of abundant food resources in New England and even eastern Canada. Unfortunately, for some turtles, the outstretched arm of the Cape can be a deadly trap.

Climate change threatens sea turtles well beyond Cape Cod. Warming temperatures on nesting beaches, especially those in tropical regions, could skew sea turtle sex ratios since a hatchling’s sex is determined by the incubation temperature of its nest. Warmer nest temperatures tend to produce females and, in some locations, nests are producing too few males. If the sand at a nesting beach becomes too hot, it can weaken hatchlings or even kill them. Nesting turtles can also be overcome by heat in the process of digging their nests or laying eggs.

And the beaches turtles use to nest are themselves at risk. The increasing rate of sea level rise, more intense coastal storms, erosion, and flooding are likely to accelerate the loss of sea turtle nesting habitat.

Hope for these Resilient Reptiles

Sea turtles have been on the planet for 100 million years and managed to survive the mass extinction that killed the dinosaurs. But can they survive all the human-made problems that confront them? Sea turtles are also threatened by ocean pollution, entanglement in fishing gear, and extensive development along their nesting beaches. The good news is that sea turtle populations have been bolstered with help from conservationists, including Mass Audubon, and there are significant legal protections in place for them. There’s been progress, but a great deal of work remains.

A cold-stunned sea turtle that washes up on a Cape Cod beach has already dodged a number of obstacles in its life. Rescuing that turtle supports a second chance at survival. But we also have a special opportunity to make a difference in helping it to overcome larger challenges like climate change. 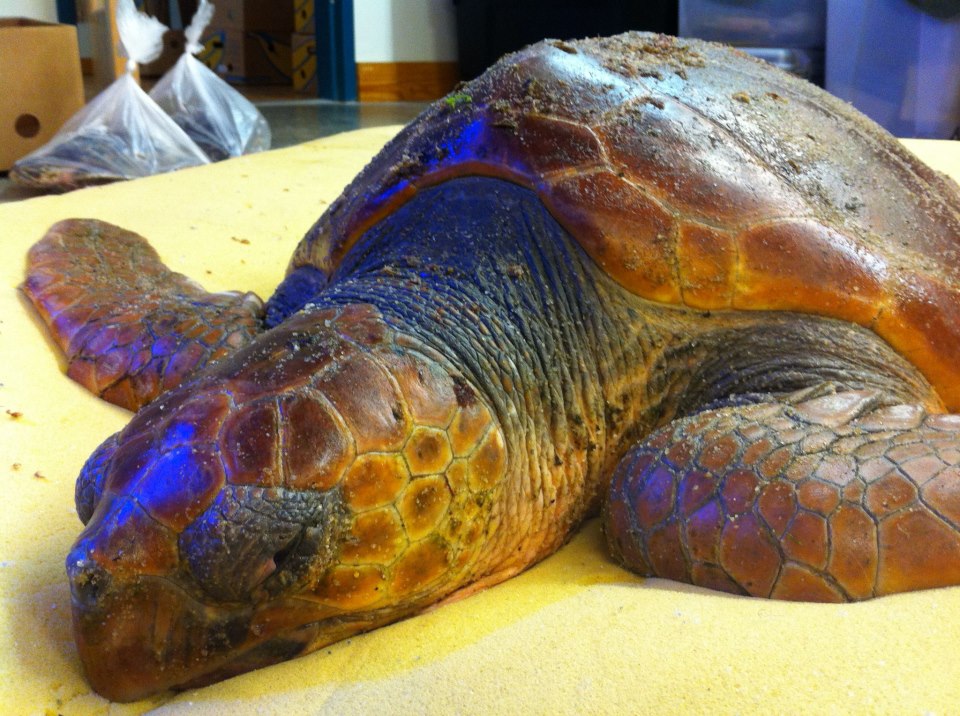