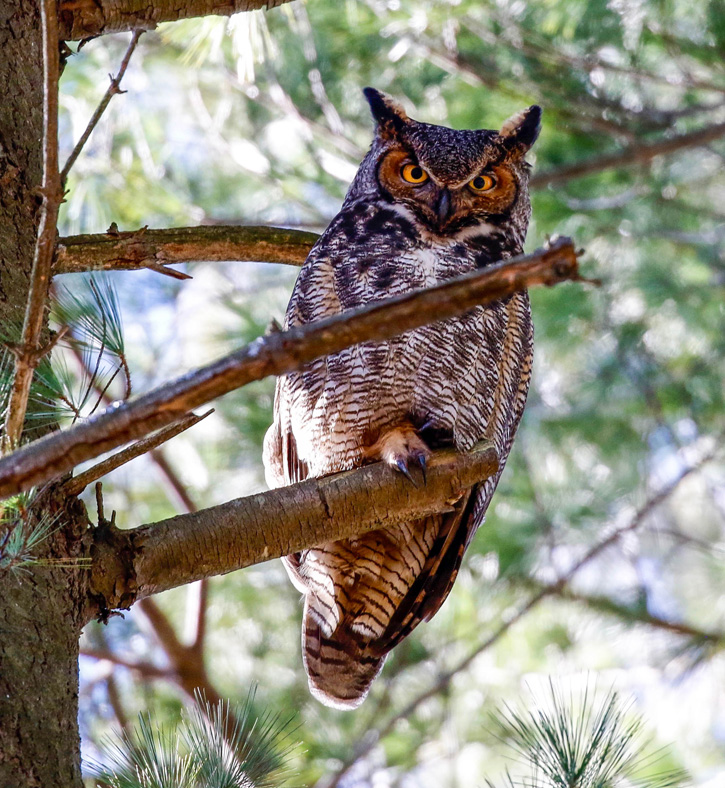 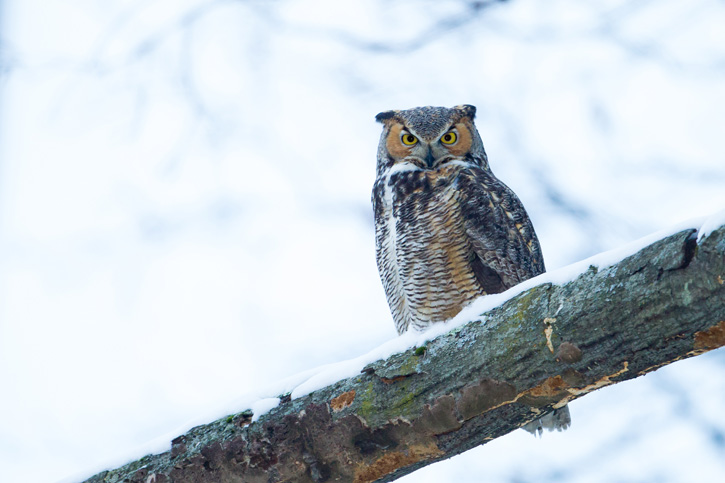 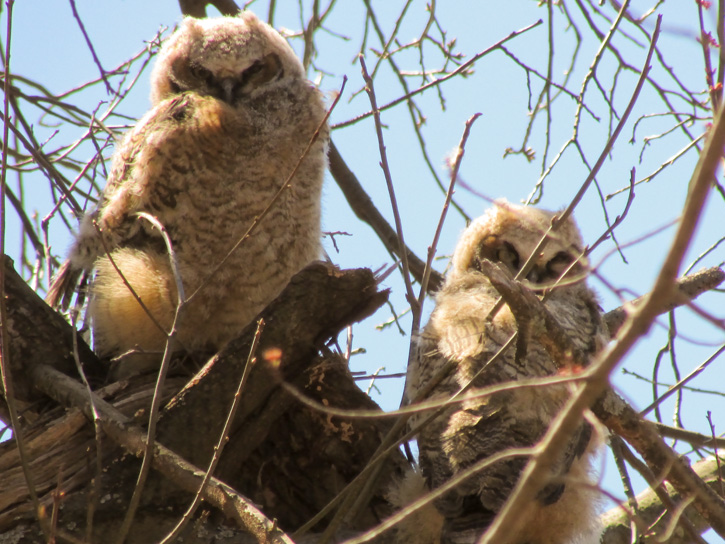 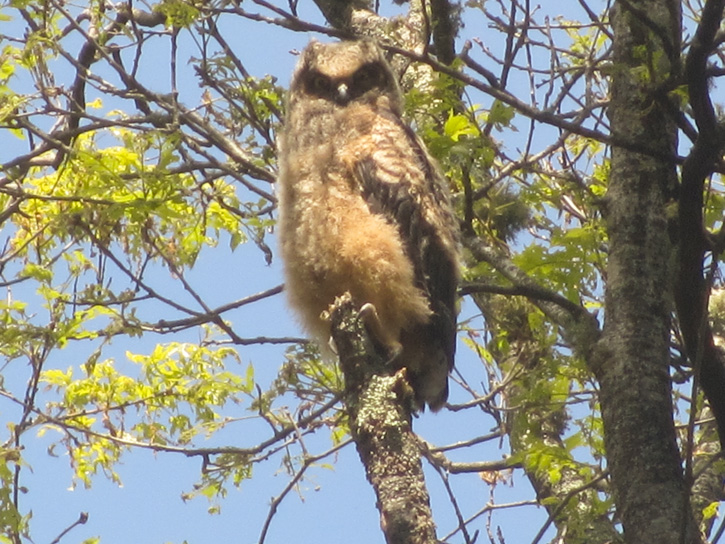 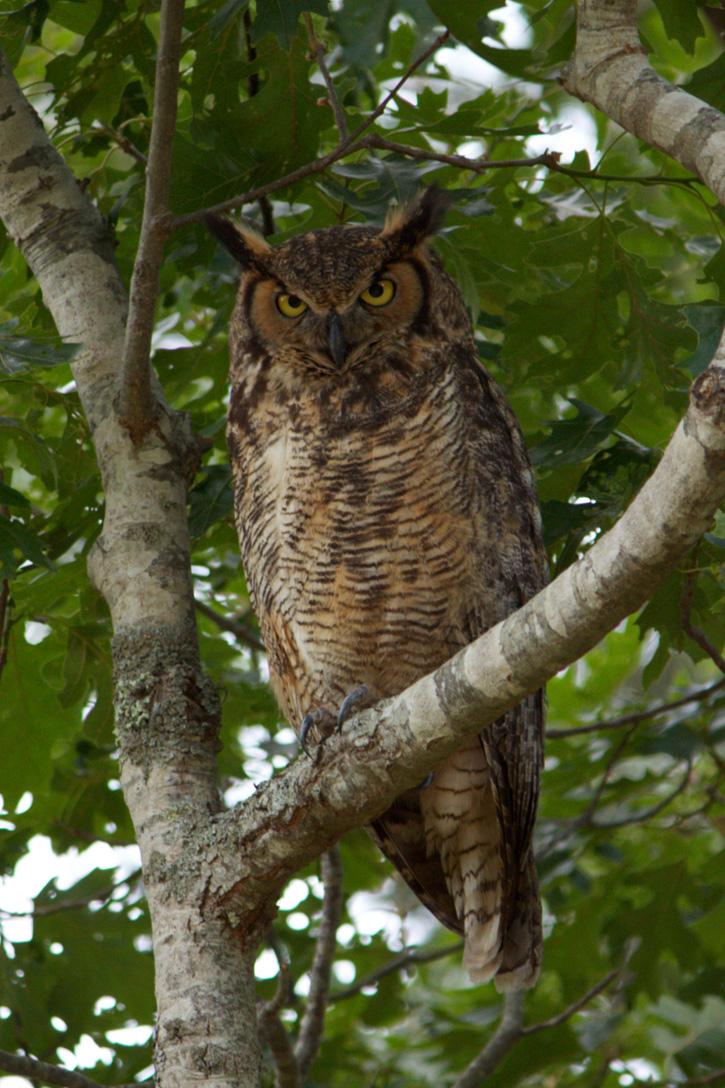 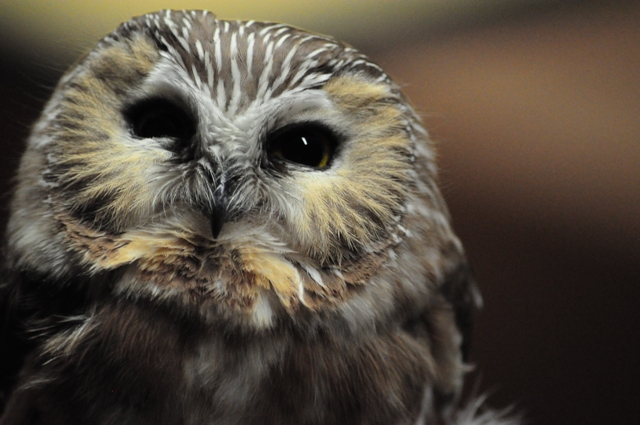 The northern saw-whet owl (Aegolius acadicus) is the smallest owl in Massachusetts. As a nearly silent, nocturnal bird of deep woods, it’s also one of the hardest to spot.

If you’re lucky enough to see this bird, the first thing you may notice is the size. It measures just 8 inches from head to tail; that’s less than a third as long as a snowy owl—and just a bit longer than a standard pencil.

Northern saw-whets have a pale face. They’re mostly brown above with a few white streaks, and white below with brown streaks. Fledgling saw-whets are chocolate brown above and rusty red below.

The name “saw-whet” comes from the bird’s alarm call, which resembles the sound of a saw being sharpened. Its other noises include whistles and a short repetitive tooting. But don’t rely on calls to help you find one: outside of the breeding season (and usually at dawn or dusk), it rarely makes a peep.

The Secret Lives of Saw-whets

Its habitat makes it even harder to find: it breeds deep in coniferous forests, and winters in areas with dense vegetation. It’s also nocturnal, hunting mice and other small creatures by remaining completely still and then dropping down on its prey. It raises one brood of youngsters during the spring and summer.

Some northern saw-whet owls remain in Massachusetts all winter. During especially severe weather, new birds may fly in from the north. However, most of the saw-whets in our state will migrate south. This movement begins in early September and ends in late November.

During the fall saw-whet migration, researchers in Massachusetts attach bands to the legs of saw-whets so that they can learn more about their movements. At Mass Audubon, you can observe this process by joining an upcoming banding program, though spaces fill up very quickly. Or, join an upcoming owl prowl—you never know what you may see or hear!

Have you seen a saw-whet before? Tell us about your experience in the comments.