Many that work on climate change issues, including myself, are finding themselves bizarrely optimistic after President Trump withdrew the U.S. from the Paris Climate Agreement. Just to be clear, it’s a terrible decision. There’s no practical benefit. It will cost the U.S. jobs in the renewable energy sector, and it sends a horrible message to the world that the U.S. doesn’t care about responsibly managing our planet for future generations.

But that being said, the overwhelming, unified backlash has been incredibly encouraging. Representatives from both major political parties, including Governor Baker, have voiced support for the Paris Agreement, and every commercial sector you can think of, from oil companies to investment banks to coffee shops, is opting to follow the accord of their own initiative. 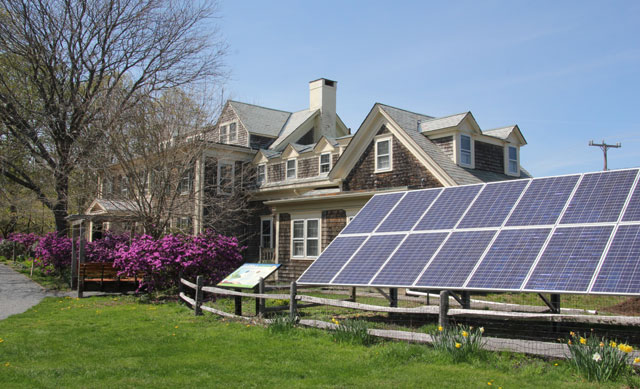 By getting out, we may have gotten farther in

The very day that Trump made his announcement, 12 states and Puerto Rico began joining the United States Climate Alliance, a group of states and territories vowing to uphold the Paris Agreement. Proudly, Massachusetts became a member of the Alliance after Governor Baker saw an undeniable surge of public interest. (Thanks to all who called his office!) Ten additional states and D.C. have pledged follow the Paris Agreement without formally joining the Alliance, and more than 300 U.S. cities representing more than 61 million Americans will honor the accord.

In parallel, the “We Are Still In” (#WeAreStillin) coalition of government officials, mayors, investors, universities, represents 120 million Americans and $6.2 trillion of the U.S. economy, all pledging to follow the agreement.

In some critical ways, this local, state, and public phalanx of support for the Paris Agreement is a far stronger, bolder step toward progress than what any U.S. President could recommend. We are witnessing an inspiring movement of local and state officials taking ownership of their own jurisdictions’ carbon emissions. These are people that have real agency to reduce emissions expeditiously for an enormous percentage of the U.S. population, and they have actively decided to make a difference. They’ll protect the planet of their own will, rather than let a president tell them to.

What’s more, people from all walks of life are discussing what we should do about climate change and why reducing emissions is so important to limit future warming. The science is clear and more people are now paying attention to the consequences of burning fossil fuels.

It’s up to us now

It is often said that climate change is a global problem with local solutions. That’s true, and President Trump’s move to surrender U.S. leadership has put the rest of us in the driver’s seat. We have the power to reduce our carbon emissions as individuals, as communities, as states, and as people on one planet. It’s up to us now. It’s more important than ever to protect nature for people and wildlife in face of climate change.

What we can do

There a few things we can do as individuals and active citizens that really make a difference and honor the spirit of the Paris Agreement.

As individuals, we can Make the Switch and choose to get our electricity from renewable sources.

As citizens we can tell our community leaders to get energy from sustainable sources at the municipal scale. The town of Arlington recently became a leader as other towns can, by taking advantage of Community Choice Aggregation (CCA). Essentially, CCA is a way for communities to source their own energy and lower electric bills at the same time.

There are many options for keeping carbon out of the atmosphere and keeping the places we live healthy. Talk to your own community leaders and see how you can help make your community a green community!

1 thought on “Unexpected Optimism on the Paris Agreement”