Bird-a-thon is a wrap! How did you and your team fair? Spot any cool warblers?

For those new to the tradition, Bird-a-thon is Mass Audubon’s big annual fundraiser and birding competition, in which teams compete head-to-head by earning points from birding and nature activities and by birding in strategic sub-groups in an effort to identify the greatest number of bird species in 24 hours. The event takes place in mid-May, in large part because it’s peak migration season in Massachusetts for many of our migratory bird species.

One group that gets a lion’s share of the attention? Warblers. Each spring, thousands of warblers fly north from their southern winter homes to breed and raise their young, delighting us with their bright colors and distinctive markings.

With more than 30 species of warblers annually occurring in Massachusetts, these colorful avian sprites are consistently among the favorites of birdwatchers everywhere. They consistently both challenge and seduce birders with their animated but sometimes elusive behavior, preference for sheltered forest canopy, and frequently difficult-to-distinguish songs.

Below are five photos of beautiful, bright warblers from our annual Picture This: Your Great Outdoors photo contest to celebrate the end of another successful Bird-a-thon. And check out the hundreds of birding programs happening at Mass Audubon wildlife sanctuaries across the state this spring and summer. May you be blessed with a wealth of warblers!

One of the earliest migrant warblers to arrive in Massachusetts (beginning around mid-April), the Yellow-rumped Warbler is also typically the most abundant warbler species seen during migration. It will occasionally overwinter in Massachusetts, but primarily in Barnstable County and the Islands.

There are two subspecies of the Yellow-rumped Warbler, which used to be considered two separate species. The one we see here in Massachusetts is the “Myrtle” warbler. The other subspecies, “Audubon’s” warbler is a western species, which has a yellow throat instead of white, among other subtle differences.

In summer, look for these handsome birds in open coniferous forests, darting about catching insects in midair. Their summer plumage is a striking mix of gray, black, and white, with bright yellow patches on the face, sides, and rump, although the females’ coloring will often appear more muted.

Here are five gorgeous photos of Yellow-rumped Warblers from our annual Picture This: Your Great Outdoors photo contest for you to enjoy. Happy spring birding!

Spring is finally here! The days are getting longer and warmer, the trees are leafing out and budding left and right, and spring bird migration is picking up steam. Doesn’t it just make you want to sing?

Here are five birds that agree with that sentiment and are singing their hearts out for spring. You might consider joining them during a spring bird-watching program at one of our sanctuaries. Happy spring!

May is peak warbler migration season in Massachusetts, heralding the return of these small, often brightly colored songbirds. Each spring, thousands of warblers fly north from their southern winter homes to breed and raise their young.

Because warblers are quick and often elusive, they can be tricky to see in the field. Listen for the dawn chorus and watch treetops and shrubbery at sunrise and sunset for a flash of bright color and sweet song. The best way to learn to identify warblers is to go on bird walks with more experienced birders. Mass Audubon sanctuaries offer hundreds of bird-watching programs each year, so there’s sure to be one nearby that suits you.

Below are five photos of beautiful, bright warblers from our annual Picture This: Your Great Outdoors photo contest. The 2018 contest opens soon, so keep those sharp birder’s eyes out for the announcement! 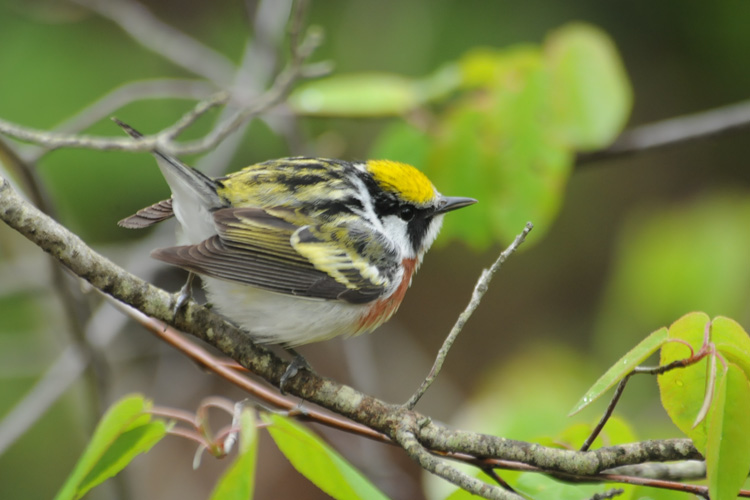 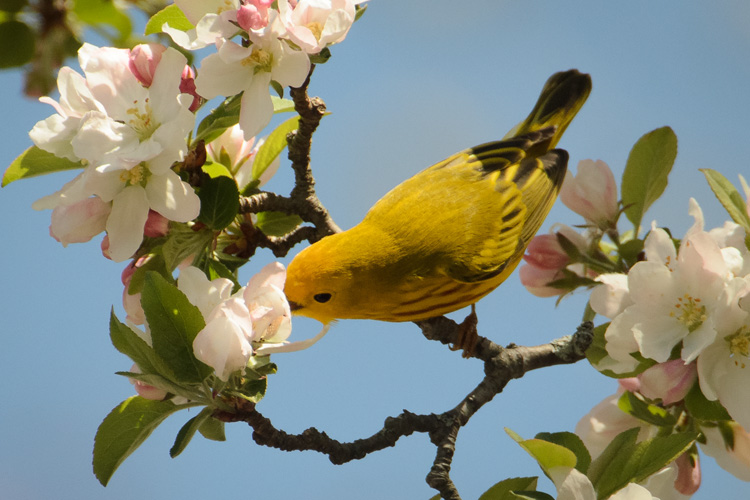 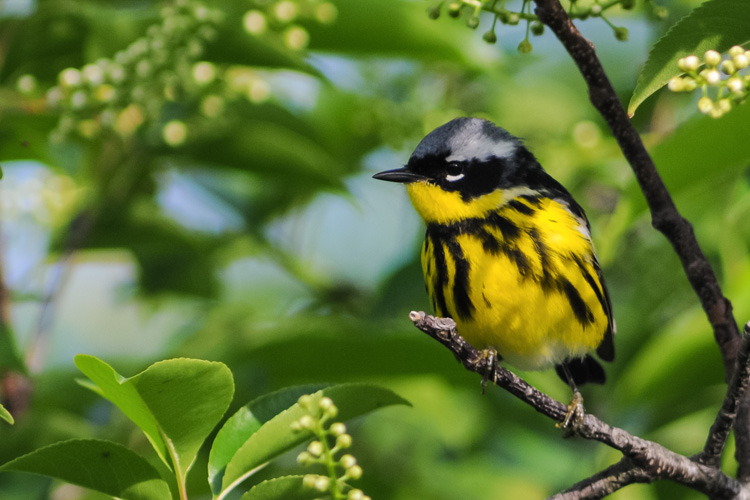 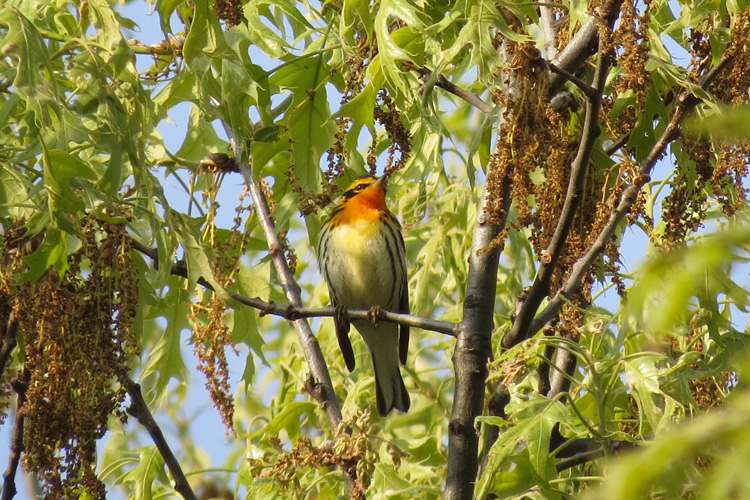 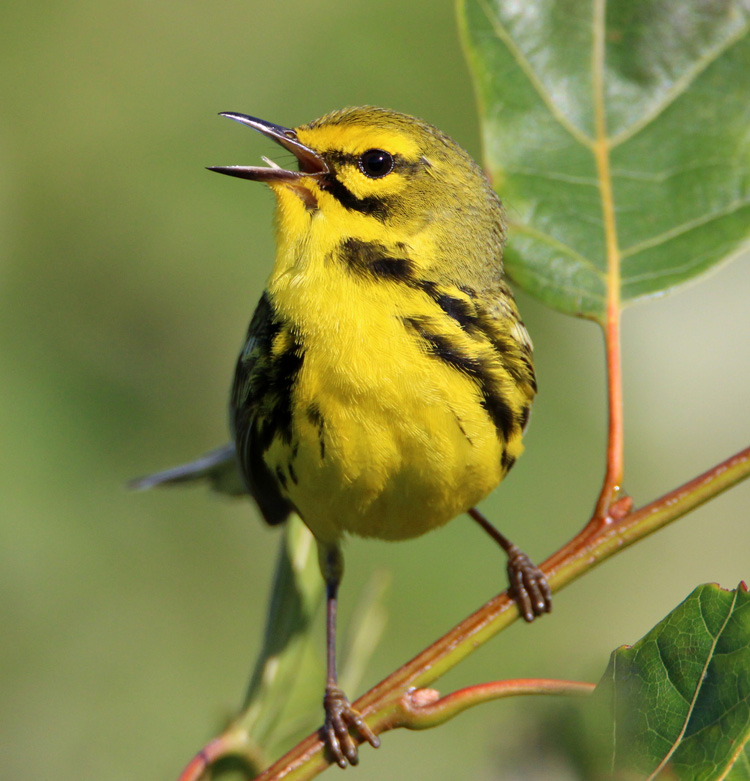 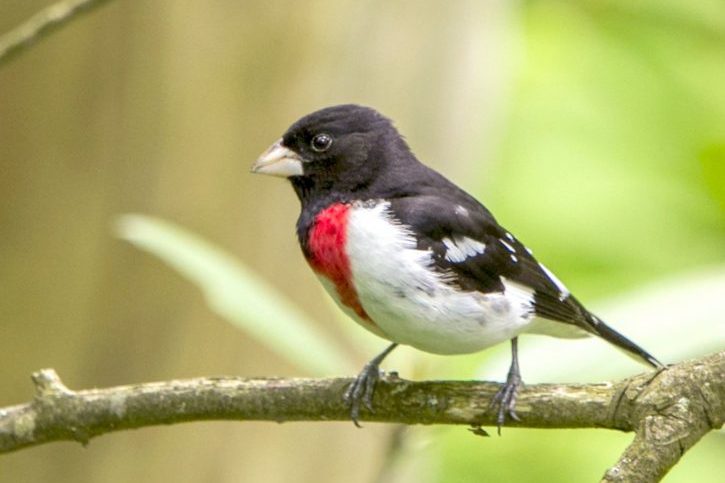 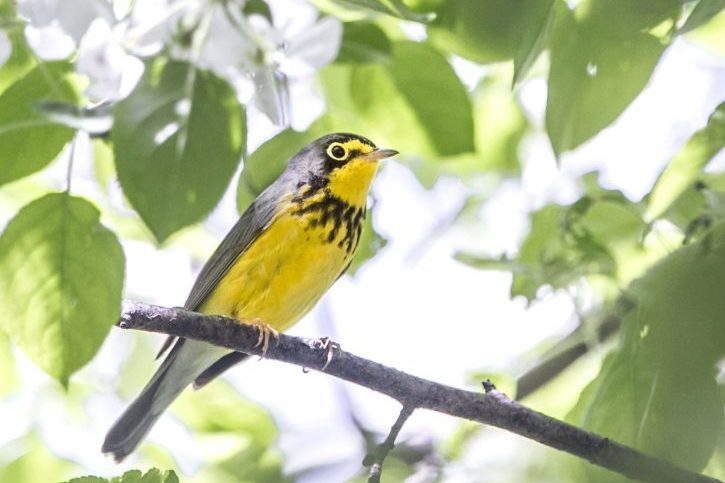