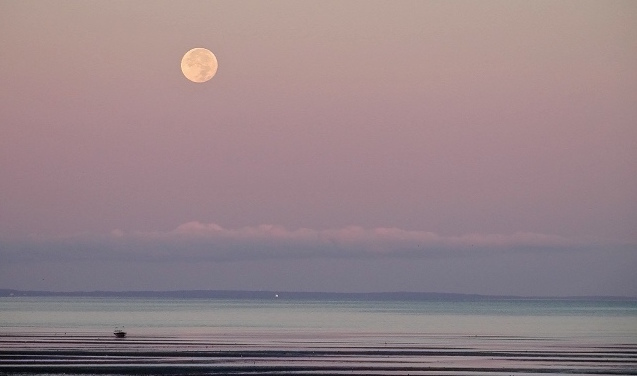 I am extremely disappointed at the news that President Trump is considering withdrawing from the Paris Climate Accord, which is a massive step backward from confronting the greatest environmental threat to the planet.

As the world’s second largest emitter of greenhouse gas emissions, the U.S. should be setting an example for the world in combating increasing global temperatures and the devastating impacts it will cause such as catastrophic weather events, sea-level rise, and rampant disease.

Abandoning the Accord would put America alone with Syria and Nicaragua (the only countries not officially participating in the deal). More disturbing, it turns our back on 194 other nations that remain steadfast to ensuring the Earth’s health and geo-political stability.

Mass Audubon, founded more than 120 years ago by a pair of women who pledged to speak out on behalf of the environment and biodiversity, today honors their legacy in re-asserting our commitment to protect the nature of Massachusetts and America for people and wildlife.

President Trump’s disheartening action will only inspire us to re-double our efforts at the state and local levels of government to combat the ill-effects of climate change.

But we need your help.

Talk about climate change with your friends and family, get involved in your communities, protect open space, and stand with Mass Audubon to advocate on behalf of the environment.

UPDATE: On June 1,  2017 President Trump officially withdrew from the Paris Climate Accord.