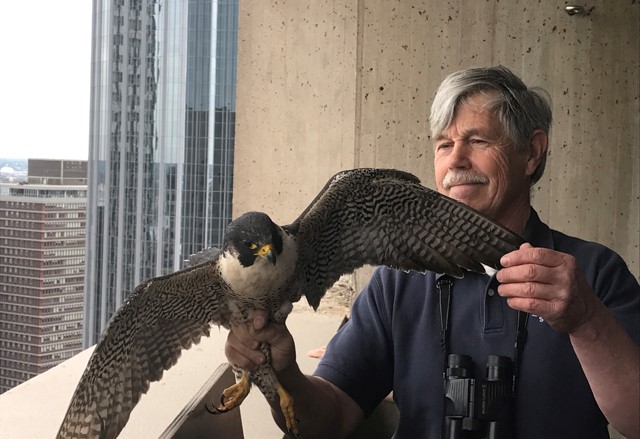 Norman Smith with an adult peregrine falcon via Executive Office of Energy and Environmental Affairs.

Among this year’s banding locations were the Marriott Vacation Club Pulse at Custom House and Christian Science Center Building. At the latter, Smith and French were joined by Energy and Environmental Affairs Secretary Matthew Beaton and President of Mass Audubon Gary Clayton. 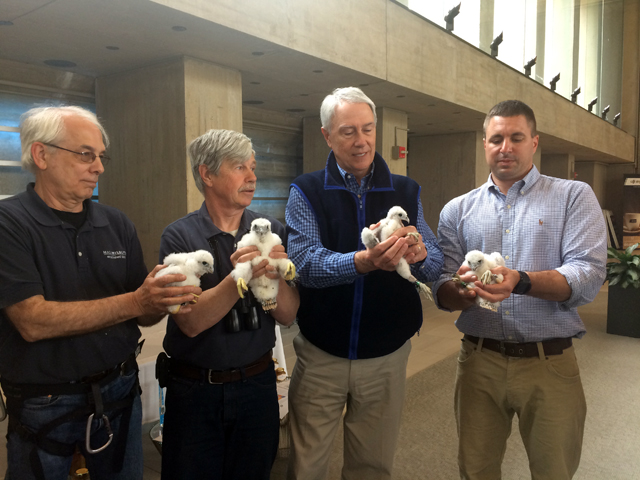 Read some of the local coverage about the banding here, here and here.