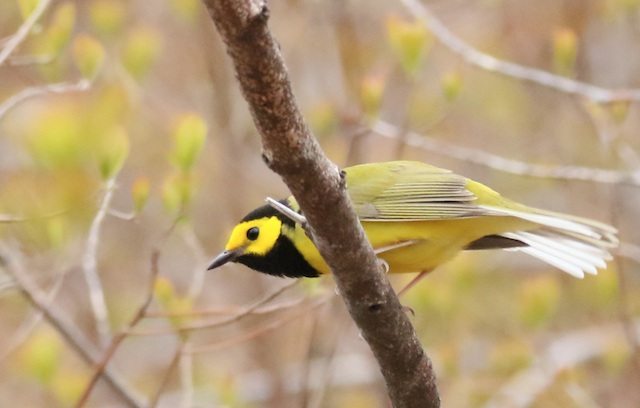 Now that the dust following Bird-a-thon 2017 has settled and spring migration has finally come to a close, it’s time to recap the event, as well as once again thank the 750+ birders and 2,000+ donors who supported this annual fundraising rite of spring.

Missed It By That Much

While every Bird-a-thon is unique in its own way, this season the expression, “missed it by that much!” could not have been truer. First, one of the most impressive spring migration waves in recent memory arrived mid-week, just before the Bird-a-thon took place. Unfortunately, this impressive migration peak virtually shut down the day before our birding event!

Second, despite this perversity of nature, the teams collectively managed to record a grand total of 270 species statewide, missing the highest ever total species count of 271 registered in 2009 by just one. More to the point, 270 represents a significant percentage of the approximately 325 species annually recorded in Massachusetts.

And The Winners Are… 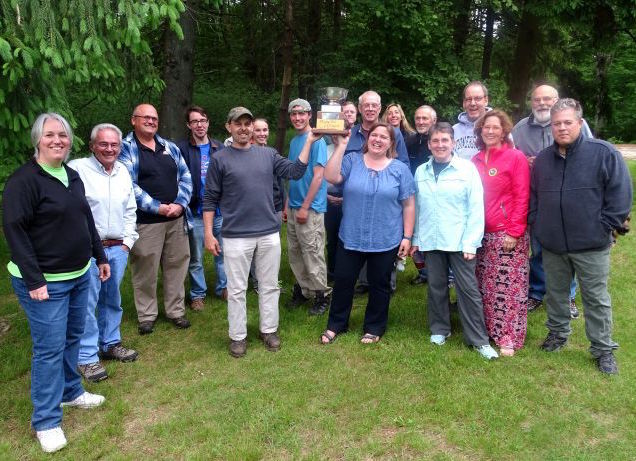 Of the 24 sanctuary and program teams competing for the coveted Brewster Cup (most species recorded), Moose Hill Wildlife Sanctuary stole the gold with a blazing 229 species. Ipswich River Wildlife Sanctuary placed second with 226 species and walked away with the Forbush Cup.

A new award created this year—The County Cup—saw nine teams competing for the highest percentage of species recorded as compared to a previously set “birding par value” (a par value was created for every county in the Commonwealth). The County Cup was awarded to the Joppa Flats Education Center for finding 184 species in Essex County, a score that represented 88.7% of the birding par value set for the county.

Where The Birds Were

A list of the many fine birding areas that were covered during Bird-a-thon by the various teams statewide is too long to mention in total, but suffice to say that the roster includes National Wildlife Refuges, Department of Conservation & Recreation properties, Massachusetts State Parks and State Forests, Wildlife Management Areas, a National Seashore, a National Marine Sanctuary, numerous Massachusetts Land Trust properties, several private cemeteries, and of course many Mass Audubon wildlife sanctuaries.

Despite any dearth of migrants, dedicated observers managed to find a rich variety of unseasonal lingerers and locally uncommon species. Among the late-lingerers recorded were:

Recorded species on the state list of Endangered or Threatened Species included:

And bona fide rare or otherwise unusual recorded species were:

May next year see a great warbler wave on Bird-a-thon weekend (scheduled for May 11-12, 2018), and may every team’s species total in 2018 soar like the money you helped us raise this season for nature conservation, education, and advocacy!