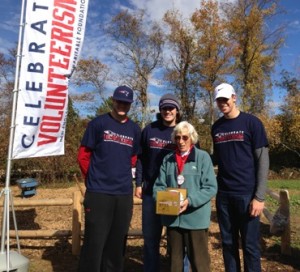 1 thought on “Volunteering with the New England Patriots”