Happy Valentine’s Day from Mass Audubon! Show your nature-loving sweetheart how much you care with one of these “punny” nature valentines—or better yet, consider making a donation in honor of your special someone and share some love for our mission to protect the nature of Massachusetts, too.

…so happy Valentine’s Day, from Mass Audubon to you!

If you’d like to send your nature-loving sweetheart a special valentine, we’ve got just the thing for you. Better yet, make a donation in honor of someone special and send a “Punny Valentine” card via email. 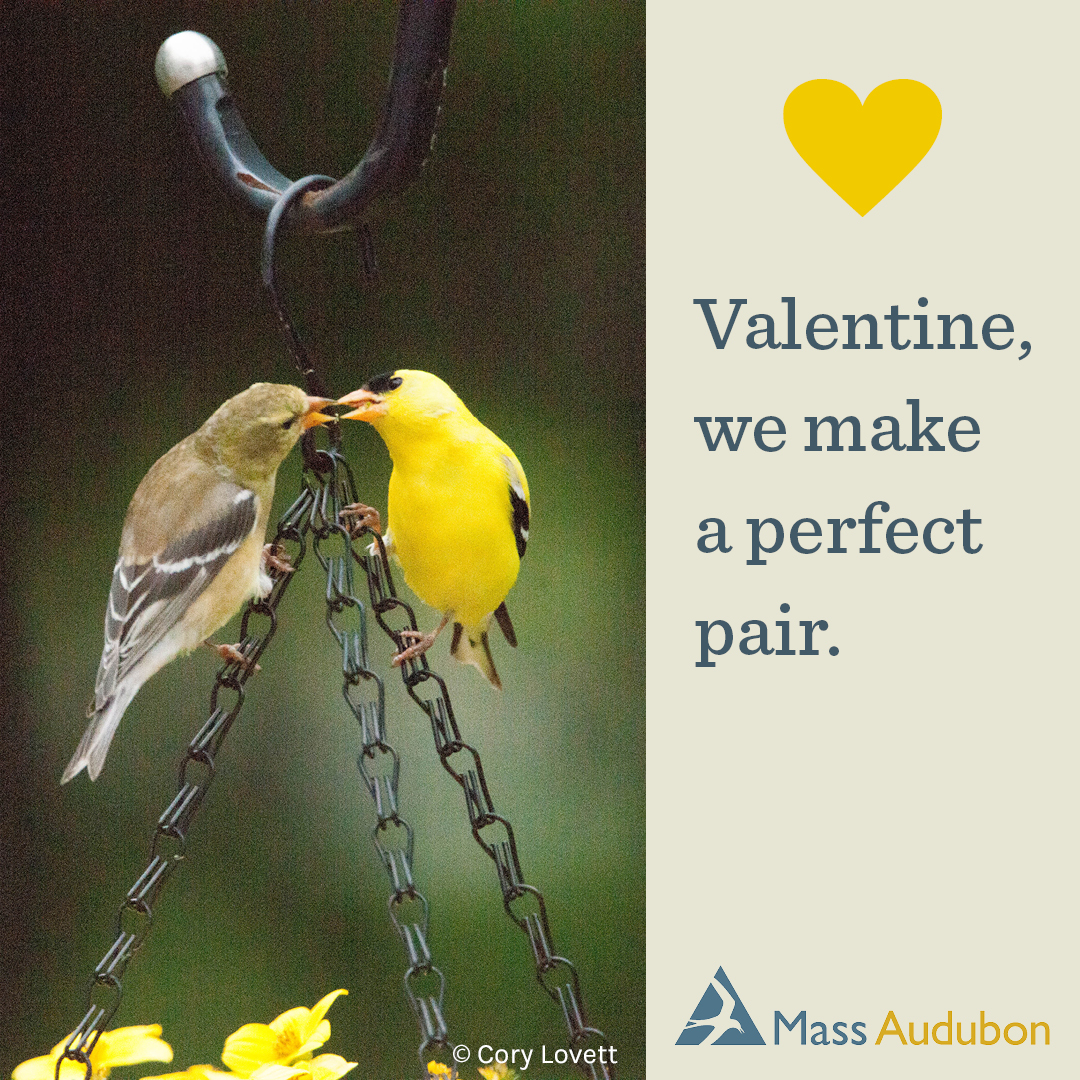 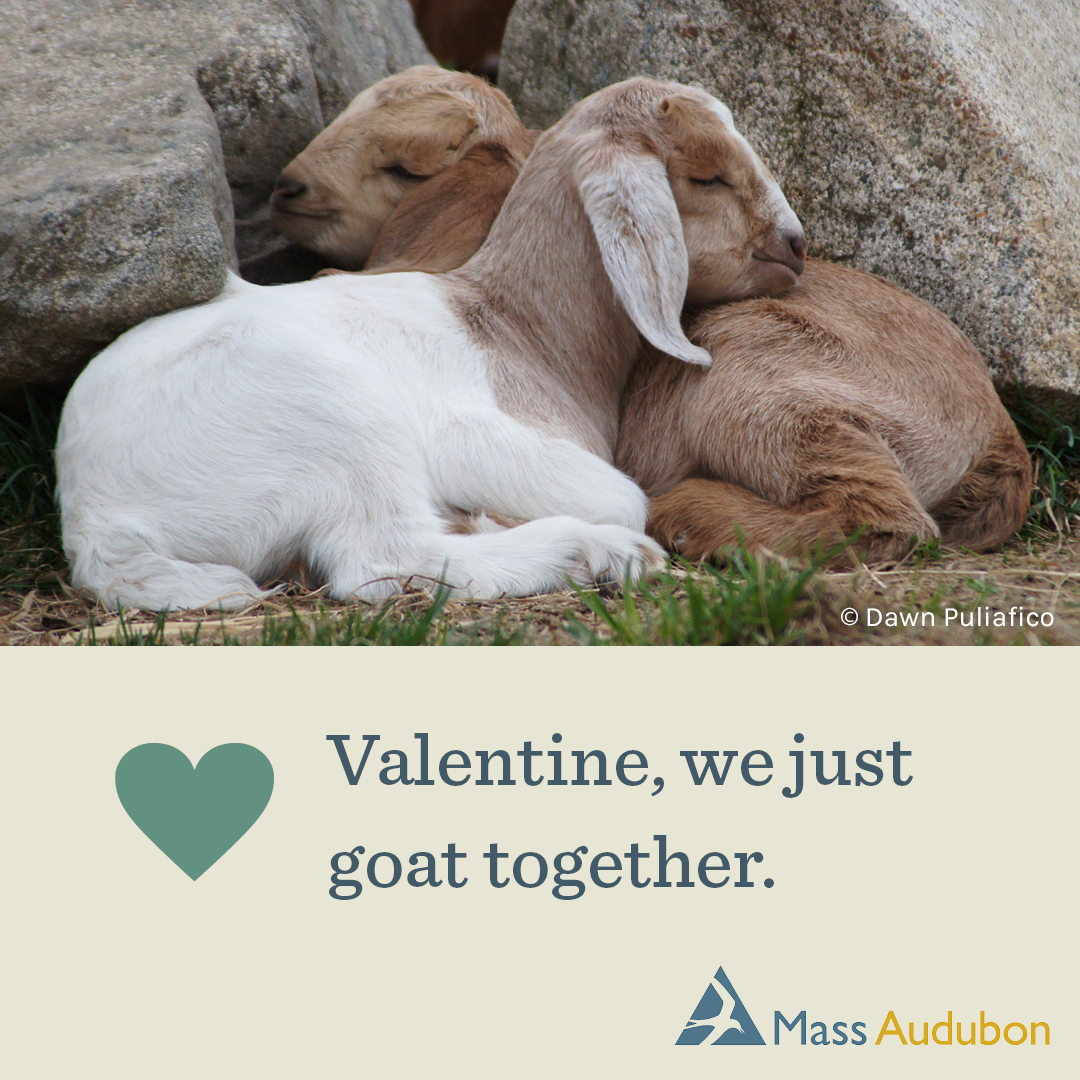 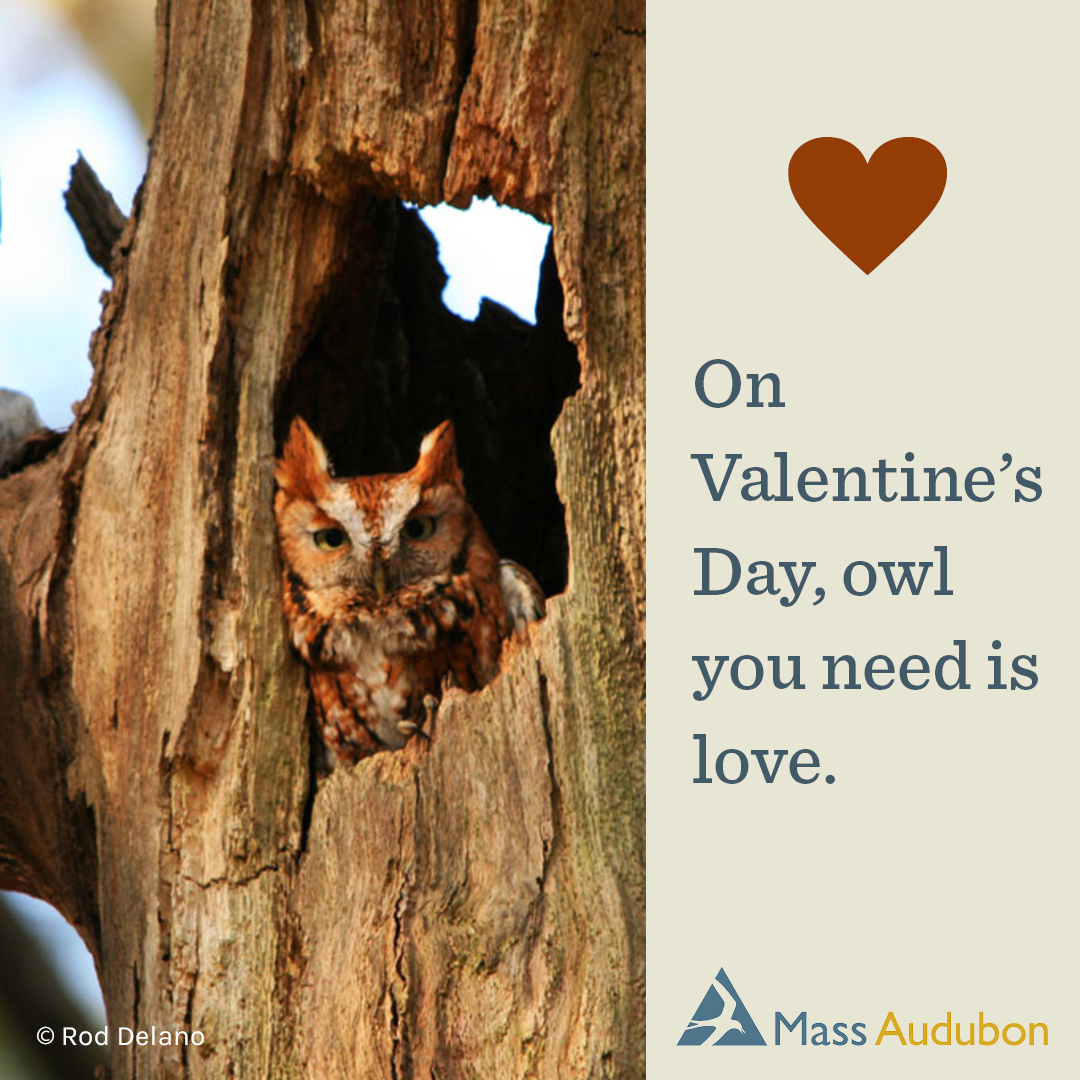 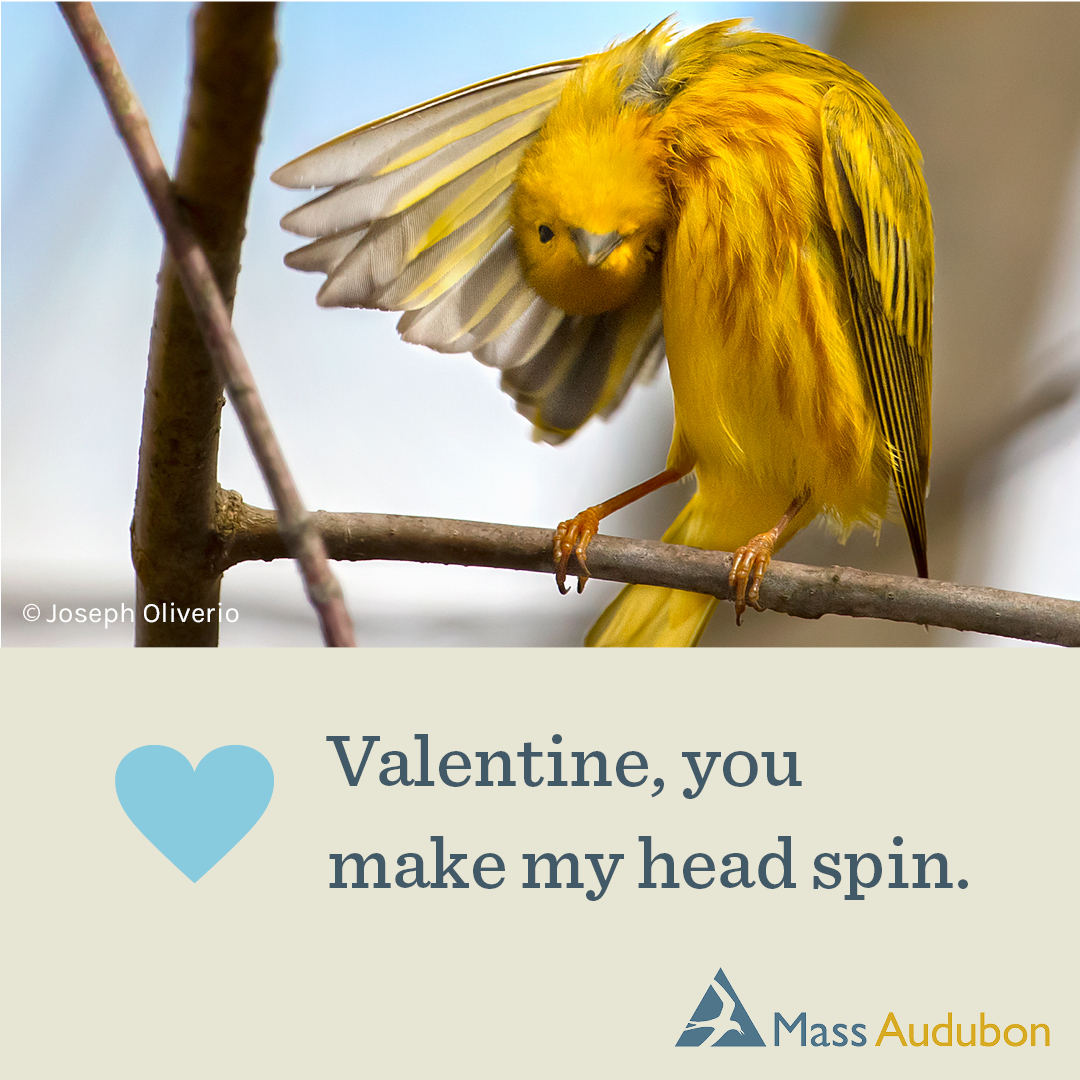 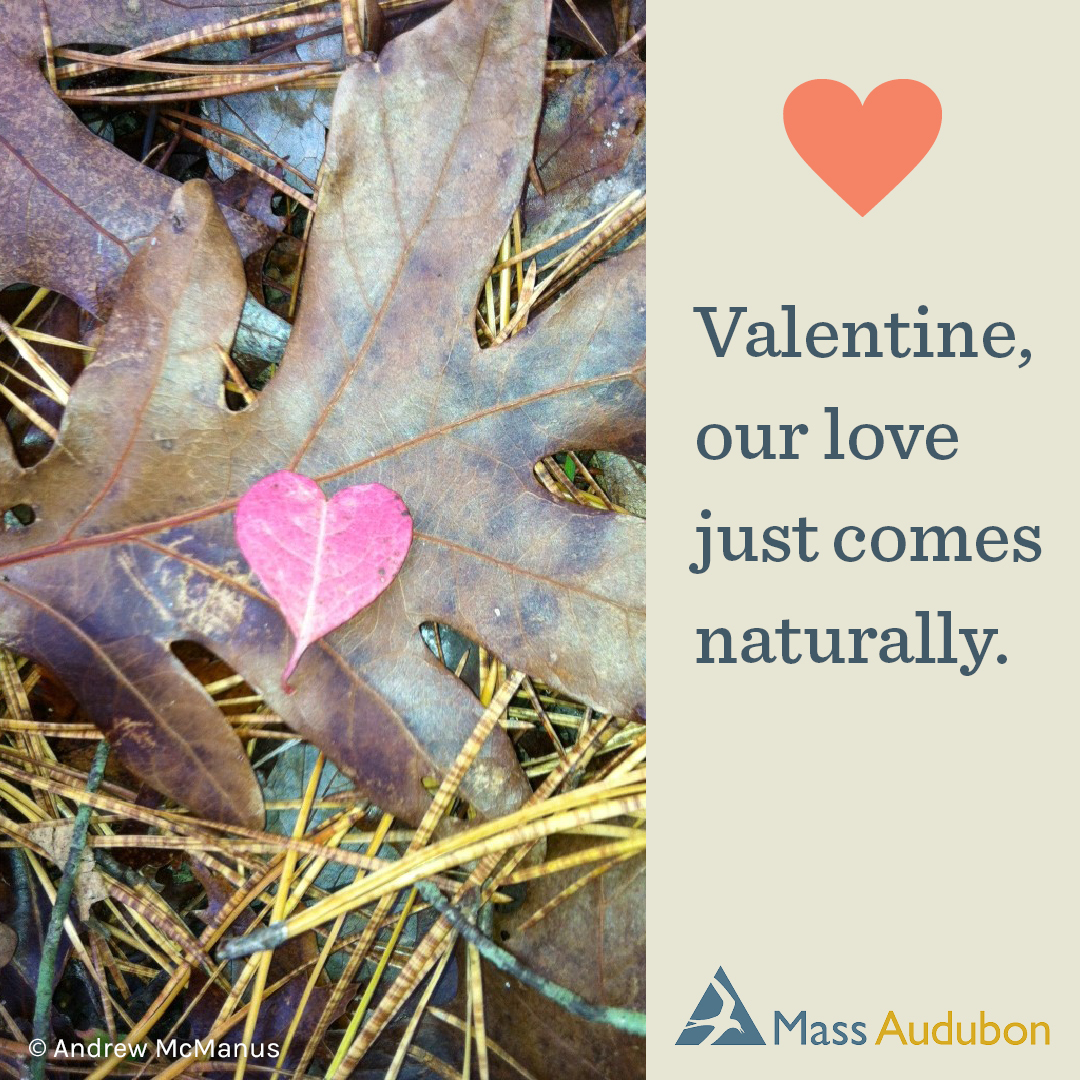 Looking for that perfect way to send some nature love this Valentine’s Day? We’ve got you covered! For more ideas, look here and here. 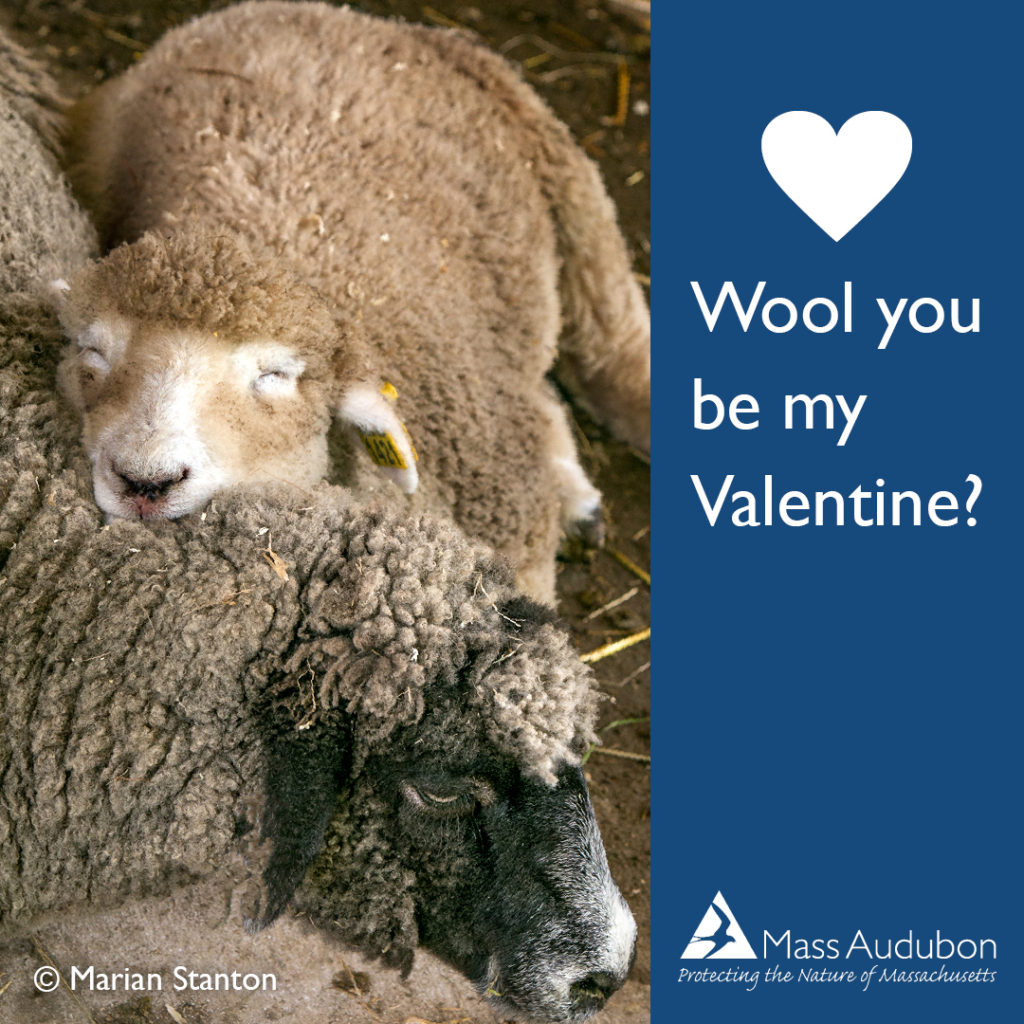 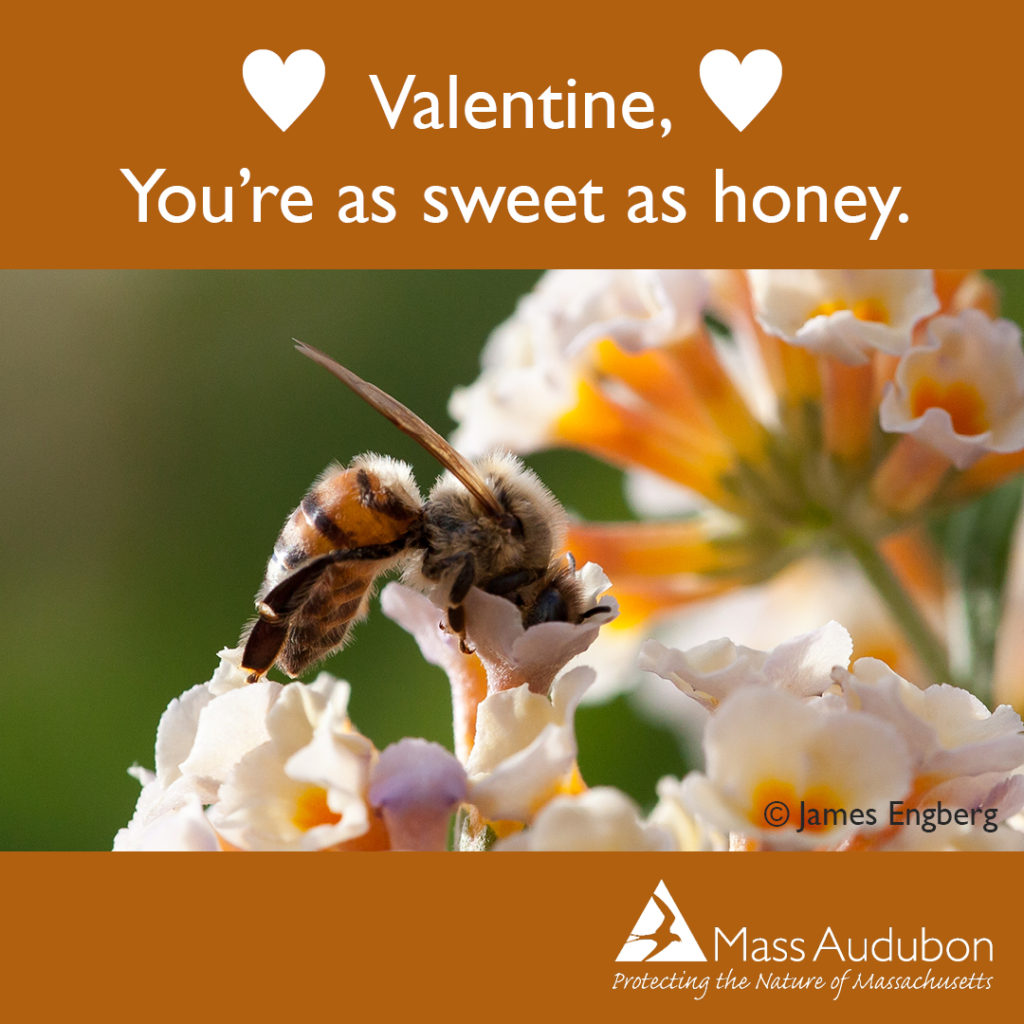 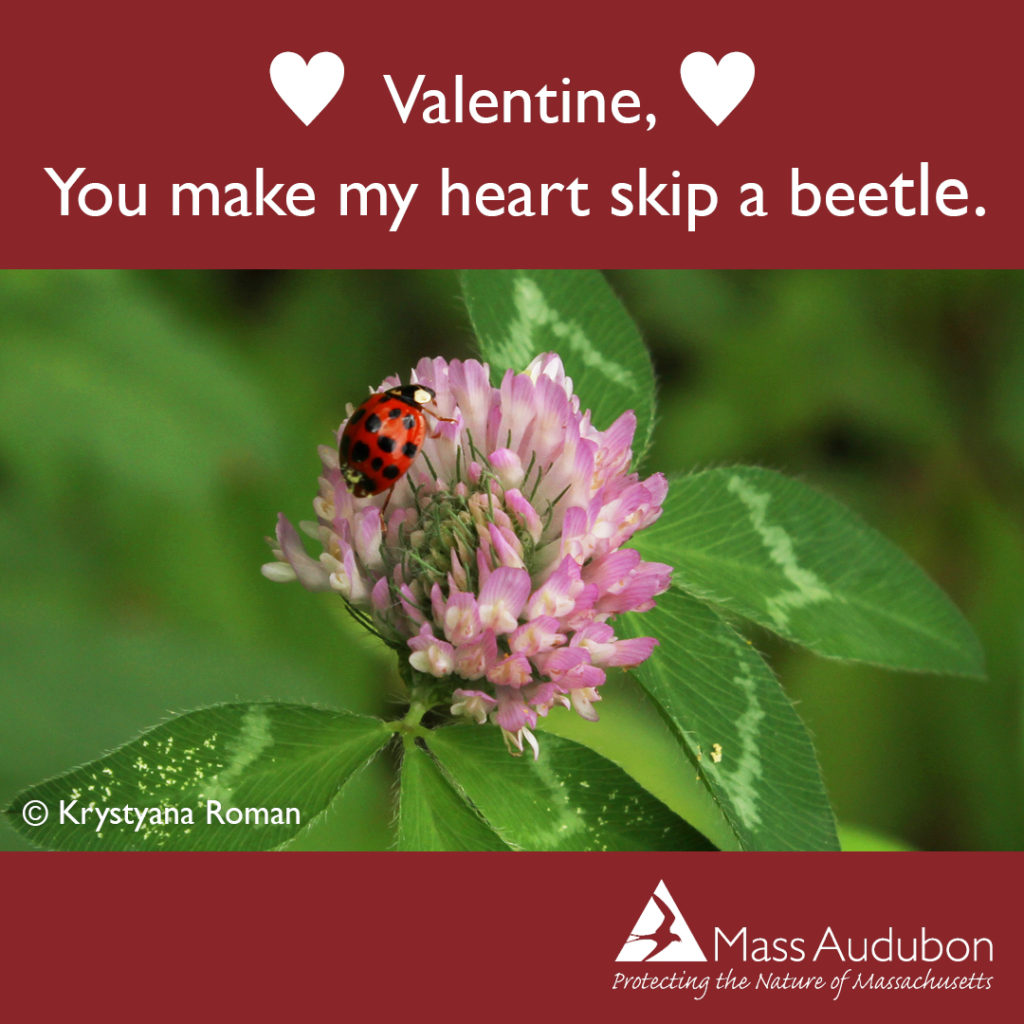 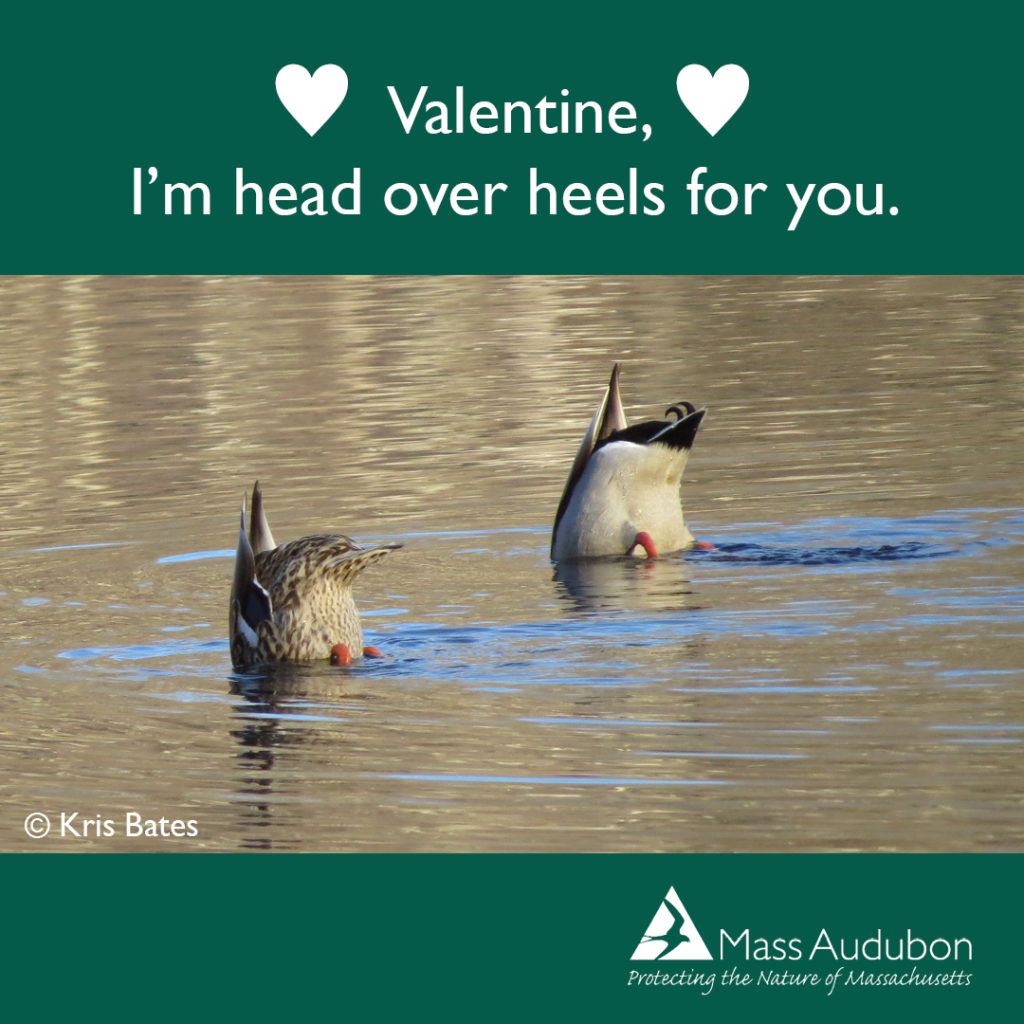 It’s almost Valentine’s Day and love is in the air. But how do we compare to our bird counterparts when it comes to courtship? Here are just a few of the more impressive romantics in Massachusetts. 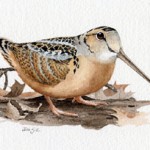 American Woodcock
Come March and April, this reclusive forest dweller puts on quite a show. At the romantic twilight hour, the male struts about and calls out nasal peeents before suddenly spiraling 200 feet up into the air. If that weren’t grand enough, he then sounds with sweet wing twittering as he rapidly zigzags down to the ground, only to begin the show all over again. 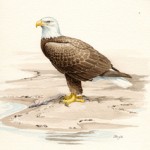 Bald Eagles
Eagles generally mate for life—or until one bird dies. Courtship behavior can include a spectacular flight display in which the birds lock talons and tumble down through the air for hundreds of feet. But once the lovers’ offspring are able to find food on their own (usually in early fall), they go their separate ways and remain solitary until the following breeding season. 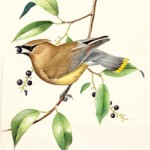 Cedar Waxwings
The male cedar waxwing might not be able to dazzle the ladies with a daring aerial display, but what he lacks in showmanship he more than makes up for in affectionate generosity. After a few hops and a beak nuzzle, the gentleman often presents his lady love with berries, flower petals, or insects. 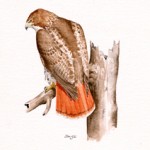 Red-tailed Hawk
After an impressive courtship dance during in which both sexes dive and swoop in large circles, these two amorous raptors lock talons as they spiral down through the air. Red-tailed hawks also take the prize for dedication. Not only do they have just one mate for life (which can be as long as 30 years), but the male and female team up to build the nest, incubate the eggs, and feed the young. 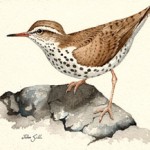 Spotted Sandpipers
These shorebirds are notorious for their role reversals. The female has many boyfriends per season, and it’s the males that stick around and take care of the kids. To make things even more interesting, because mom can store sperm for up to a month, dad may adopt some other guy’s offspring. 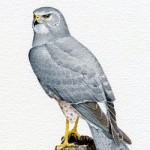 Northern Harriers
Silent most of the year, northern harriers let everyone know when they’re in the mood for love. They become quite vocal during the courtship display, which involves a remarkable sky dance. Both male and female lock talons and fall from a great height while performing a series of steep undulations, often passing a nosh to the mate.

Beyond Our Borders
While Massachusetts boasts some noteworthy romantic displays, our birds could learn a thing or two from these far-flung species.

Have you seen any impressive avian courtship displays? Share in the comments! Want to see this in action? Register for an upcoming woodcock program today!