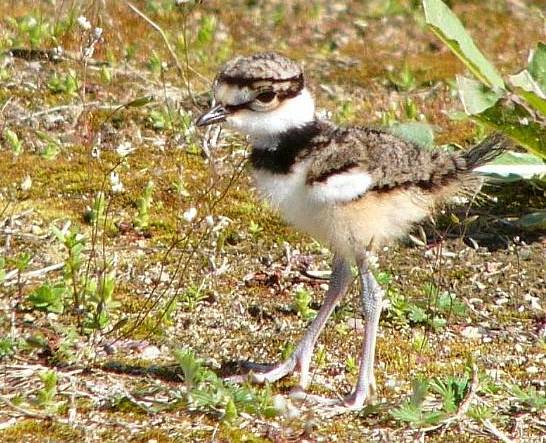 When it comes to the status of a particular bird species, it’s not always black and white. Take the killdeer (which happens to be black, brown, and white). At first glance our Breeding Bird Atlas 2 reports that this distant cousin of the piping plover is widespread and likely increasing.

Good news, right? Not so fast. Dig deeper into the data and the killdeer is showing signs of trouble. It may have increased its breeding range in many parts of the state, but other regions showed worrisome decline, which suggests the beginning of widespread declines. This goes along with news of killdeer population declines that we’ve been hearing beyond Massachusetts.

Why We Love Killdeer

How to Help Killdeer

Have you seen any killdeer recently? If so, share where and when in the comments!

In case you haven’t heard, this is the winter of snowy owls. And no one knows this better than Norman Smith, snowy owl expert and sanctuary directory of Mass Audubon’s Blue Hills Trailside Museum in Milton.

For more than 30 years, Smith has been trapping snowy owls at Boston’s Logan Airport and relocating them to a safer, more hospitable environment. Read more about why snowy owls love airports.

Before Smith releases the owls, he attaches a tiny tracking transmitter. These transmitters send data such as location, temperature, and altitude, enabling researchers to learn more snowy owl behavior.

The first snowy owl sighting in Massachusetts this season was on November 17, 2013. Since then, Smith has captured and relocated 87 snowy owls (70 of those from Logan). Compare that to the 8 he captured last year and a total of 53 during the 2011-2012 winter.

The numbers will only grow as snowy owls usually stick around until early April. Some have been known to linger; the latest date recorded was July 7.

Want to be a part of the snowy owl action this season? Here’s how you can help: