Mass Audubon opposes several proposed natural gas pipeline projects in Massachusetts, and we have been actively involved in the project review process.

Most recently we submitted an amicus brief to the Berkshire Superior Court in support of the Massachusetts Attorney General’s office, for their defense against the Kinder Morgan Tennessee Gas Pipeline Connecticut Expansion. This proposed natural gas pipeline project is attempting to remove protections on state land designated for permanent conservation.

The land in question is a large parcel of Article 97 conservation land in Otis State Forest in Sandisfield. Among its many valuable features are a 425-year-old eastern hemlock old growth forest, rare plant and animal species, mature deciduous woodlands, rolling meadows, and the entire 62-acre Lower Spectacle Pond. 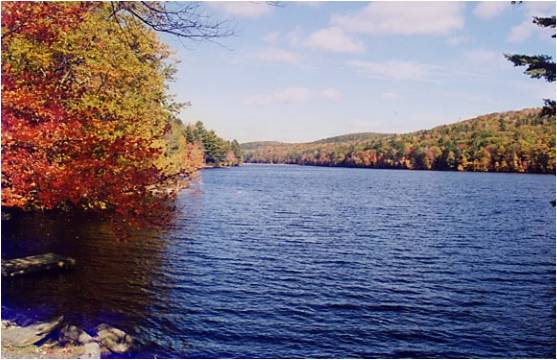 Mass Audubon is committed to the permanent protection of this land. We were heavily involved in its acquisition when we purchased and preserved it as conservation land, then conveyed it to the Department of Conservation and Recreation.

We previously submitted testimony to the Massachusetts State Legislature in opposition to the transfer of Article 97 protections from this land for access to the Tennessee Gas Pipeline through legislation. We have also submitted comments from Mass Audubon to the Baker Administration.

In addition to the Connecticut Expansion project, Kinder Morgan has proposed the Northeast Energy Direct Pipeline, which would pass through Mass Audubon’s West Mountain Wildlife Sanctuary in Plainfield.

Learn more about our position and steps we have taken >