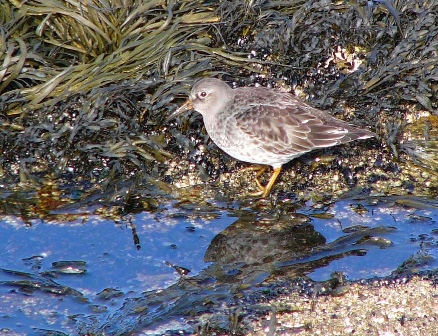 We have turned the seasonal corner. The swallows are gone, the egrets have fled, and  shorebirds and warblers have pushed their way south. You may well ask, “What do we do we look for now?”

In many ways, Massachusetts is perfectly suited for winter birding, thanks in part to our remarkable landscape. We have sandy beaches, mountains, ponds, lakes, rivers, swamps, marshes, bogs, forests of different kinds, moorlands, grasslands, urban parks, and so much more.

We are primed to attract—and provide food and shelter for—dozens of species of birds. Here are just a few to look for.

Join us on an upcoming bird walk. You never know what you will see, but that’s half the fun! And do tell: What’s your favorite fall/winter bird?

3 thoughts on “Birding After Migration”