In a big setback for US climate action, the federal government has rolled back requirements for capturing methane pollution. On Friday, August 14, the EPA finalized a rule that lets oil and gas companies off the hook for their methane emissions, replacing a 2016 rule that set limits on these emissions and required companies to monitor and repair leaking equipment.

Methane (or CH4) is the second most abundant greenhouse gas in our atmosphere. Alongside rampant carbon dioxide and other greenhouse gasses, methane wraps around earth like a blanket – trapping heat inside of our atmosphere and causing our world to change.

The sources most responsible for methane emissions are the production and transportation of natural gas, oil, and coal; in other words, the fossil fuels we burn for our energy.

But methane also comes from the decomposition of organic material in landfills and livestock farming (such as cattle farmed for beef). Because of the design of their stomach systems, livestock like cows emit methane during digestion. With just how many cows we’re farming for beef and dairy globally, about 1.4 billion, cattle (alongside other grazing livestock) account for 40% of the world’s methane emissions.

A Cause for Concern

This recent rollback is especially concerning since methane is more than 80 times more potent than carbon dioxide over a 20-year period – which means its warming impact is far more severe in a shorter period of time. To make matters worse, the regulation change comes at a time when research has found much more methane is likely entering the atmosphere than we previously thought.

We Can Still Make a Difference

While the rule is now official, having already gone through a public comment process, it is expected to be challenged in court. In the meantime, we can still have an impact on methane emissions by coming together and acting on climate to safeguard our future for people and wildlife alike. Whether you’re a climate action novice or a seasoned pro, here are ways we can act in spite of this rollback.

A good way to start tackling methane emissions is to look at how we contribute to them. By switching to plant-based meals and encouraging others to do the same, we’re reducing the demand for livestock farming and lowering our personal carbon footprints. Through composting, we shift decomposing, organic materials from landfills (where they release methane) to a compost pile (where the methane is absorbed).

It’s even more engaging to get your friends, families, and communities involved. For example, do some research to see if there’s a local composting program in your neighborhood, like the City of Boston’s Project Oscar.

Recently, the Massachusetts House passed the 2050 Roadmap bill, which brings us closer to an equitable, clean energy future by 2050. Send your local, elected officials a message thanking them for their support, but also urging them to continue their progress on clean energy policy that reduces our fossil fuel emissions.

Stage 3: Address the Source of our Energy

The production and transport of fossil fuels is main source of global methane emissions. While the EPA has reversed regulations holding polluting companies accountable, as a collective we still have the power to keep them on the hook by choosing to shift our support towards renewable energy.

First, you can make the switch to green-powered energy, like solar or wind energy. If you’ve already switched your household over, you can take your support for renewable energy one step further by ensuring your municipality has a Green Municipal Aggregation program. Visit the Green Energy Consumers Alliance’s website to see if your municipality is already involved and how you can opt-in to this community effort. 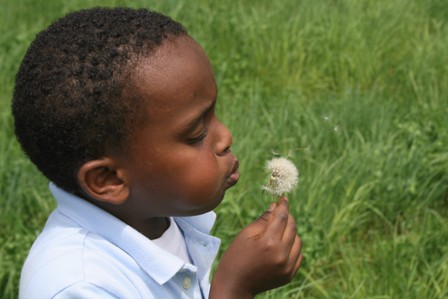