If you’re looking to avoid freeze damage in your garden, the recommendations for what you should plant have changed over the last 25 years. 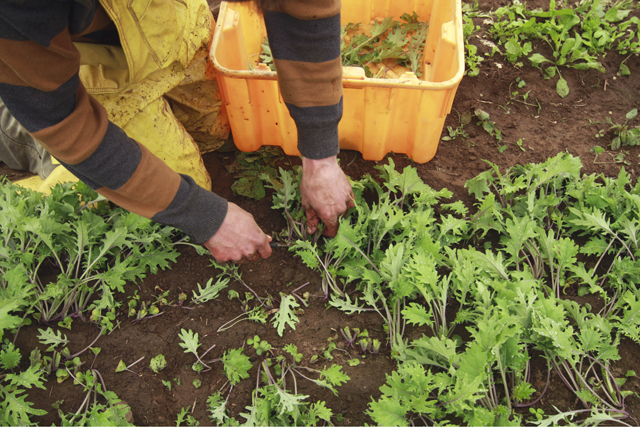 Plant hardiness zones are recommendations for planting based on the risk of extreme cold in a given region. Some plants and trees are more resilient to cold snaps than others, and different plant types are categorized by different zones. Warmer zones, for plants less hardy to deep freezes, are typically found farther south, as you’d expect. Zones prone to harsh cold snaps are typically found farther north.

As USDA and Arbor Day Foundation revisited the data over time, they found the risk of extreme cold snaps had lessened across much of the country. From 1990 through 2015, as you can see in the following images, the recommended zones shifted noticeably northward. That means planting recommendations have changed. Plant types best suited for areas farther south in the past may now be viable farther north.

At Drumlin Farm Wildlife Sanctuary in Lincoln, our staff had some fun with this last season. They were able to grow cotton and peanuts, crops typically found much farther south. Others pointed out that they’ve been planting their own gardens earlier and earlier over the years. Many noted that they start their tomatoes 2 weeks earlier than they once did.

Is the shift in plant hardiness zones evidence of climate change? Probably. It fits with other temperature trends we’re seeing. Our growing season is longer than it used to be. Our winters are shorter. Overnight low temperatures have warmed. It’s also consistent with what climate models tell us will happen. Warming temperatures tilt the scales away from extreme cold snaps and toward record heat waves, even though those cold snaps still occur.

Of course, we should temper our expectations. This is just one piece of evidence among many other pieces of evidence. The Northeast still faces the risk deep freeze in the late winter and early spring. The risk is just less than it used to be. It’s entirely possible next year could be brutally cold even as our climate warms, and local factors are still critical.

The More You Know

According to Drumlin Farm’s Crops Manager, Matt Celona, knowing your micro-climate is important. “Lincoln is in a frost pocket and is more like Southern New Hampshire than surrounding towns,” he said. “We still expect frost in the last week of September or first week of October, and we don’t consider ourselves out of frost danger until the first week of June. So while temperatures are warmer in general, the killing frosts do still occur as they did in the old hardiness zone windows. Erratic swings in temperature are, for now, making it harder, not easier, to farm in Lincoln.”

As always, consider plant hardiness zones a guide, another small piece of advice when making decisions about the unique circumstances of your own growing. Over time, changing zones can help us think about what we might grow instead of what we’ve been growing. They may also help us adjust the timing of our planting to suit a changing growing season. You can learn more about plant hardiness zones here and here.

2 thoughts on “Recommendations For Planting Have Changed”