Go out for a nature walk on a sunny day and there’s a good chance you’ll spot a turtle basking in the sun. If something is so common, it probably doesn’t need our help, right? Not so fast. Turtles may be found in our ponds, streams, rivers, and oceans, but they still need our help. 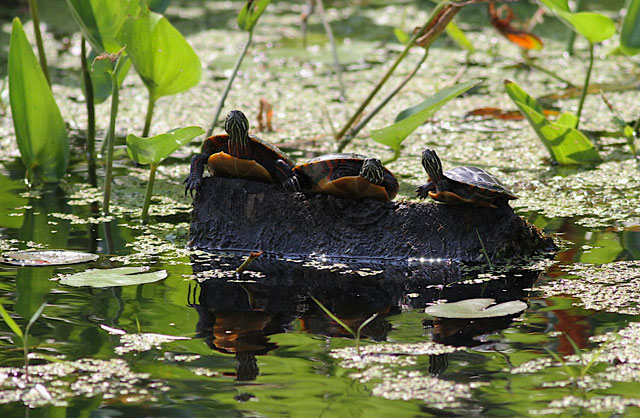 Read on to find out when to take action, when to let nature take its course, and what you can do to ensure turtles have a home in Massachusetts for future generations. 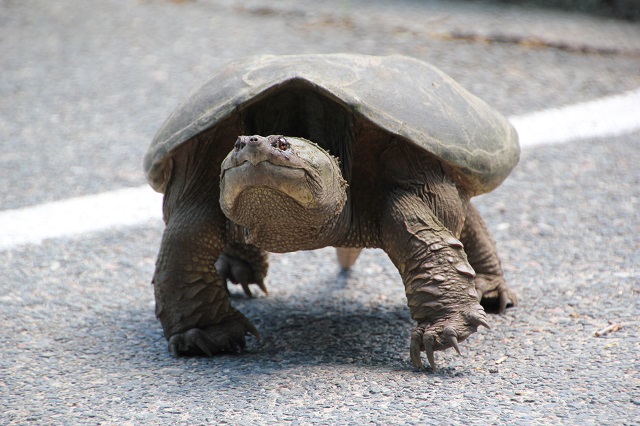 In late spring and early summer, adult female turtles cross roads in search of nest sites. People, with best intentions, mistakenly attempt to return a turtle to water, take it home, or, take it somewhere that seems safer and release it. The best thing to do is leave it alone. The turtle knows where it wants to go.

If a turtle is in danger of being hit by cars, it can be moved in the direction it was headed, to the other side of the road. Snapping turtles can be dangerous and should not be handled. They are surprisingly fast for their size and can extend their necks the length of their carapace. Never pick up a snapping turtle by the tail because you could seriously injure it. If you need to intervene, you can try to safely block traffic or use a very long stick to nudge it in the right direction.

Turtles looking to lay eggs frequently wander into yards, especially those near ponds, lakes, and rivers. These animals should not be disturbed, but can be observed from a distance.

People often ask whether they should protect a turtle’s nest with fencing. This is not an easy question to answer. Predators that seek turtle eggs are usually a natural part of the environment. If you wish, you may flag the site in order to locate it in the fall and possibly observe the hatchlings. 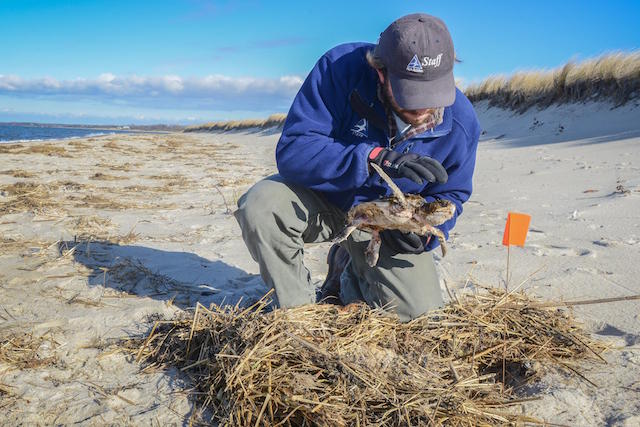 In late fall, early winter sea turtles begin the journey south to warmer, tropical waters. Often, young sea turtles will get trapped in Cape Cod Bay and “cold-stunned,” making the turtles too cold to eat, drink, or even swim. When this happens, they often wash up along the beach.

Mass Audubon’s Wellfleet Bay Wildlife Sanctuary coordinates a volunteer operation each year to rescue these turtles and transport them to the New England Aquarium, where they can be treated and eventually released. Learn more and find out how you can volunteer >

In Your Everyday Life

Sometimes, it’s the little things that make the biggest impacts. A few tips to keep in mind:

Get a look at Turtles By the Numbers: 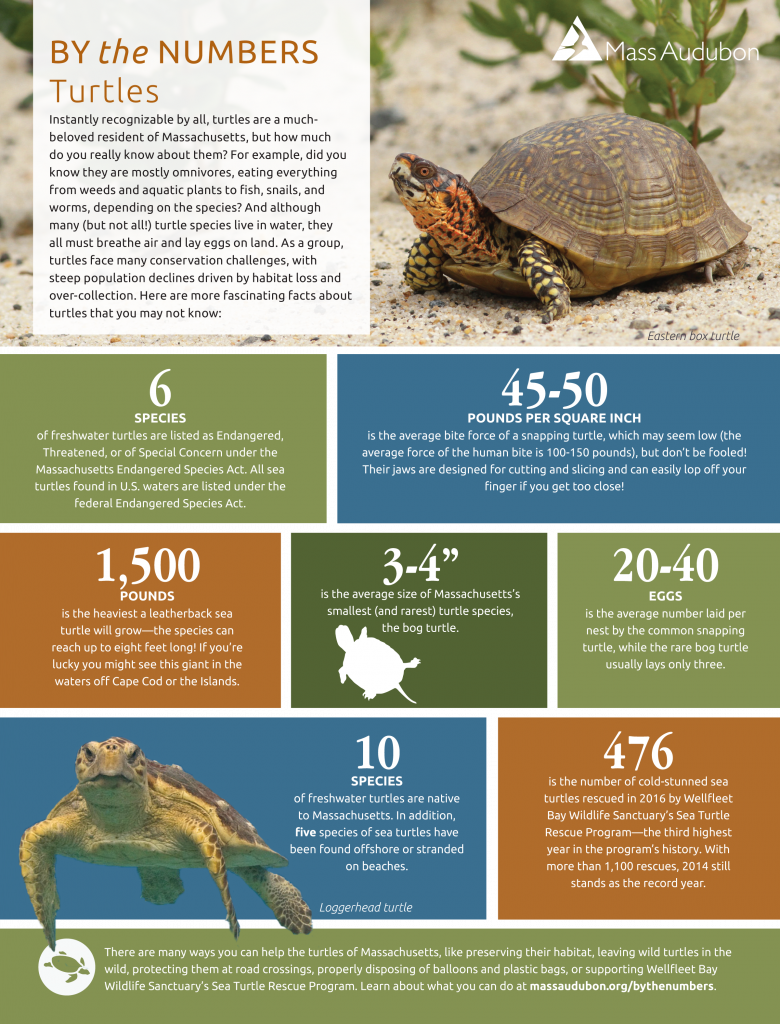