Walking a Cape Cod beach in November, as anyone who tries it quickly discovers, requires a combination of several layers of clothing and a teeth-gritting determination to rescue whatever beached sea turtles are out there. 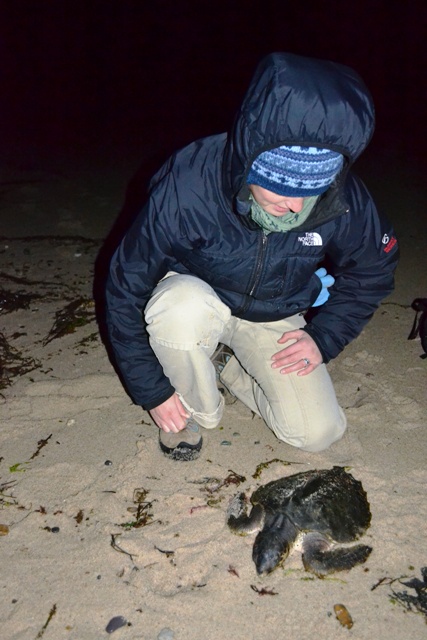 Layered up for night turtle patrol

Night patrol demands not just thick clothing but a willingness to walk a cold, wind-blasted beach in total darkness,  a degree of adventure-seeking, and even guilt.

” I know for me, personally, I cannot stay in my warm house knowing a turtle may be out on the beach freezing to death!” says Donna Tompkins, who, with her husband Barry, covers Rock Harbor in Orleans both night and day.

Volunteers Tim O’Brien and Kim Novino also walk beaches round the clock and even drive turtles to the New England Aquarium in Quincy. Like many volunteers, their reward comes with the smallest gestures. 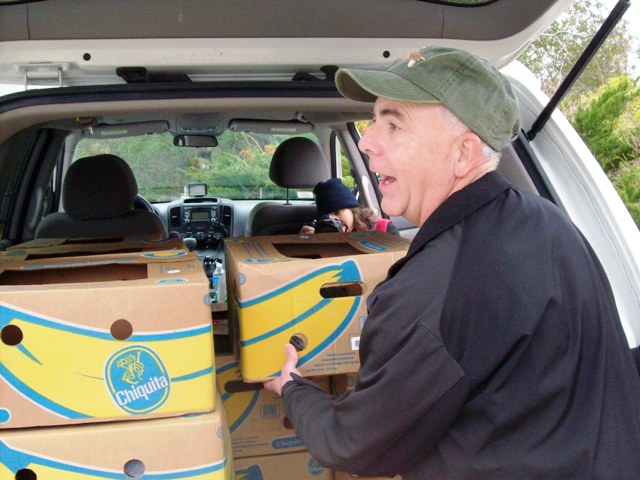 “When I pick (a turtle) up on a windy beach and it raises a lethargic flipper, signifying that it is indeed alive, I brush it off, cradle it in a towel or my jacket, and tell it that all is well. It sounds silly, but that’s what I do,” Tim says.

He’s hardly the only volunteer who “talks” to turtles. Truro’s Nancy Braun confesses to yelling, “Please be alive, please be alive!” whenever she spots a beached animal. Eastham volunteer Nancy Rabke gives a little pep talk to her  turtles with something like, ” You are going to make it!” 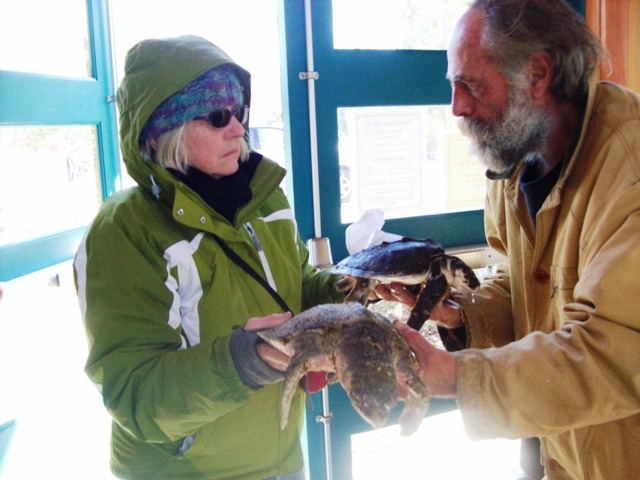 Michael Lach,  who walks beaches in Brewster, says his kids Skyler and Sage don’t often get to look for turtles because of their school schedules. But on one recent Saturday, they scored a dozen turtles in just ten minutes.  They went on to collect 6 more.

” In six years of volunteering,” Michael notes, ” the most I had ever found on one walk was four. What an amazing experience for two youngsters!” 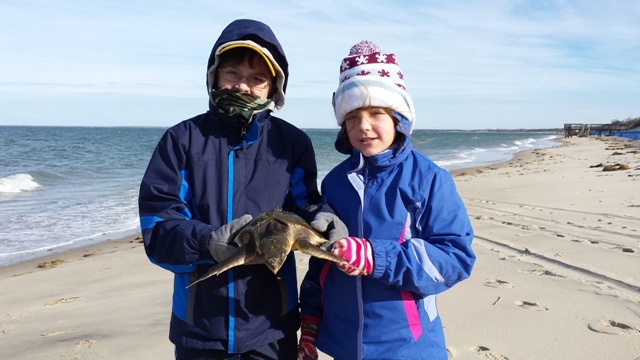