Although many of last summer’s nesting birds departed to warmer climates months ago, some have stayed here, like many of the bluebirds which often shelter in the empty nest boxes when Cape’s beastly winter storms descend upon us.  On sunny days they can be seen flying around the Big Field, going in and out of the boxes, seemingly enjoying the company of their relatives during these non-breeding months.

The 2014 nesting season had its share of surprises, good and bad. 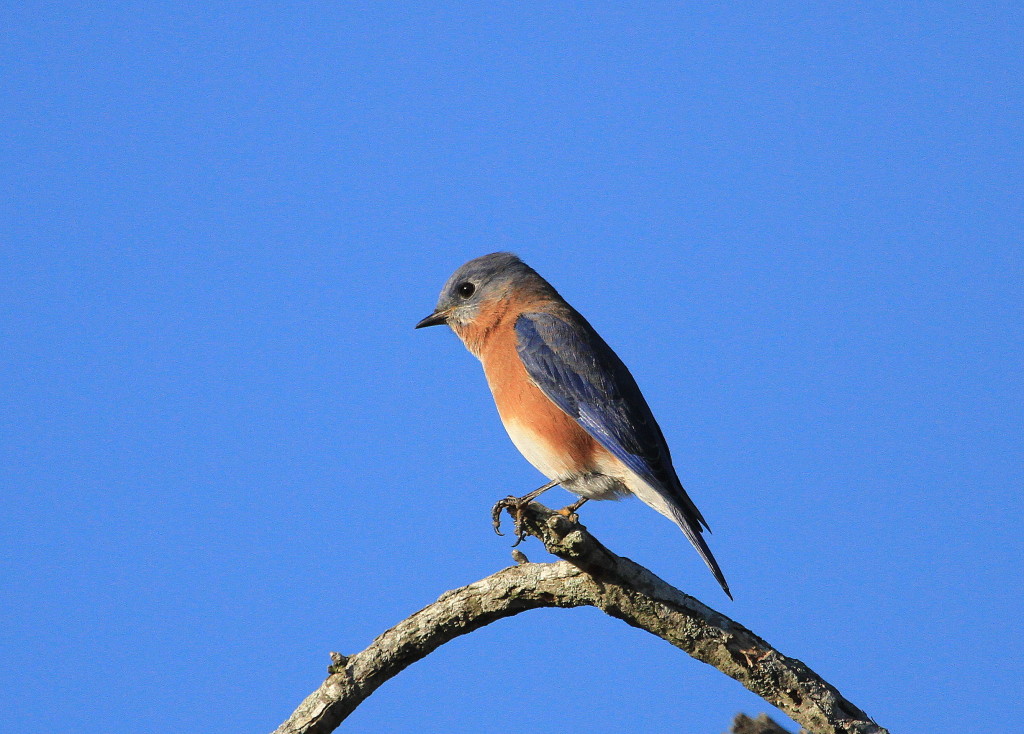 It was another banner year for the tree swallows. They have become prolific, successful breeders with very few failures (abandoned nests, broken or sterile eggs).  We’re beginning to think that their increased numbers may be a deterrent to the bluebirds, which have to compete for nest boxes in areas where they regularly nested for years.  Of course it wasn’t helpful to one nesting pair, as well as 2 neighboring tree swallow pairs, that a raccoon climbed the posts, disrupted the nests, and destroyed the eggs.  The raccoon left solid evidence of the raid: distinct muddy tracks on the white pvc posts! Fortunately this was the only raccoon incident of the season, unlike some years when the raids continued for weeks. 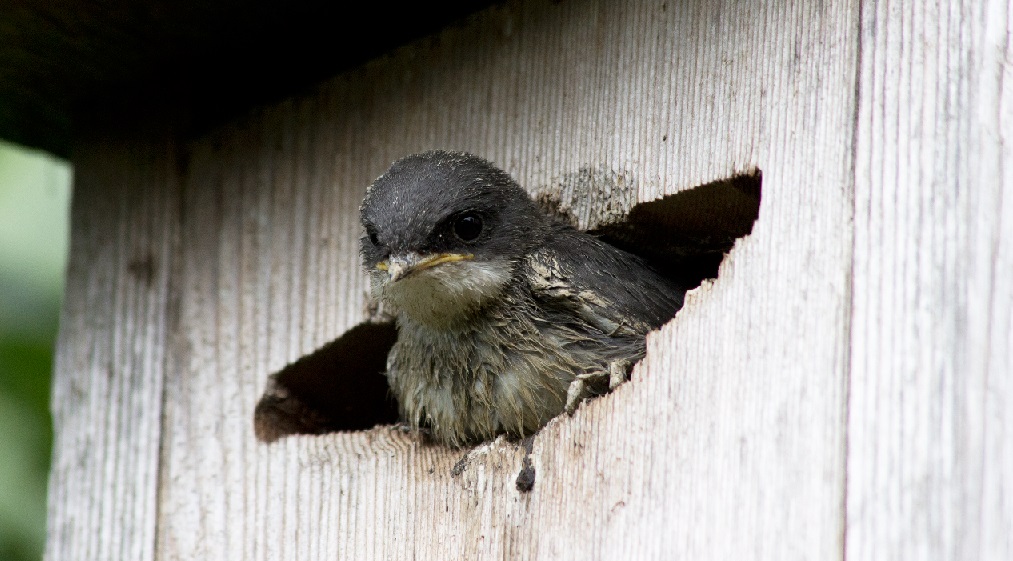 By mid-August, only 6 bluebird chicks had fledged from 3 nesting attempts while 70 tree swallows chicks had fledged from 24 nests. Chickadees, which prefer nest boxes somewhat hidden in the woods, succeeded in producing 32 fledglings from 6 nests. House wrens, which typically build more nests than they use, further deplete the supply of boxes “for rent”. Considering all of their work, only 9 wren chicks fledged from 2 active nests.

The house sparrows have almost given up trying to nest successfully in our boxes because we keep replacing their eggs with clay decoy eggs.  They nested in only 2 boxes this year, and the 9 clay eggs fooled them into “incubating” them for weeks. 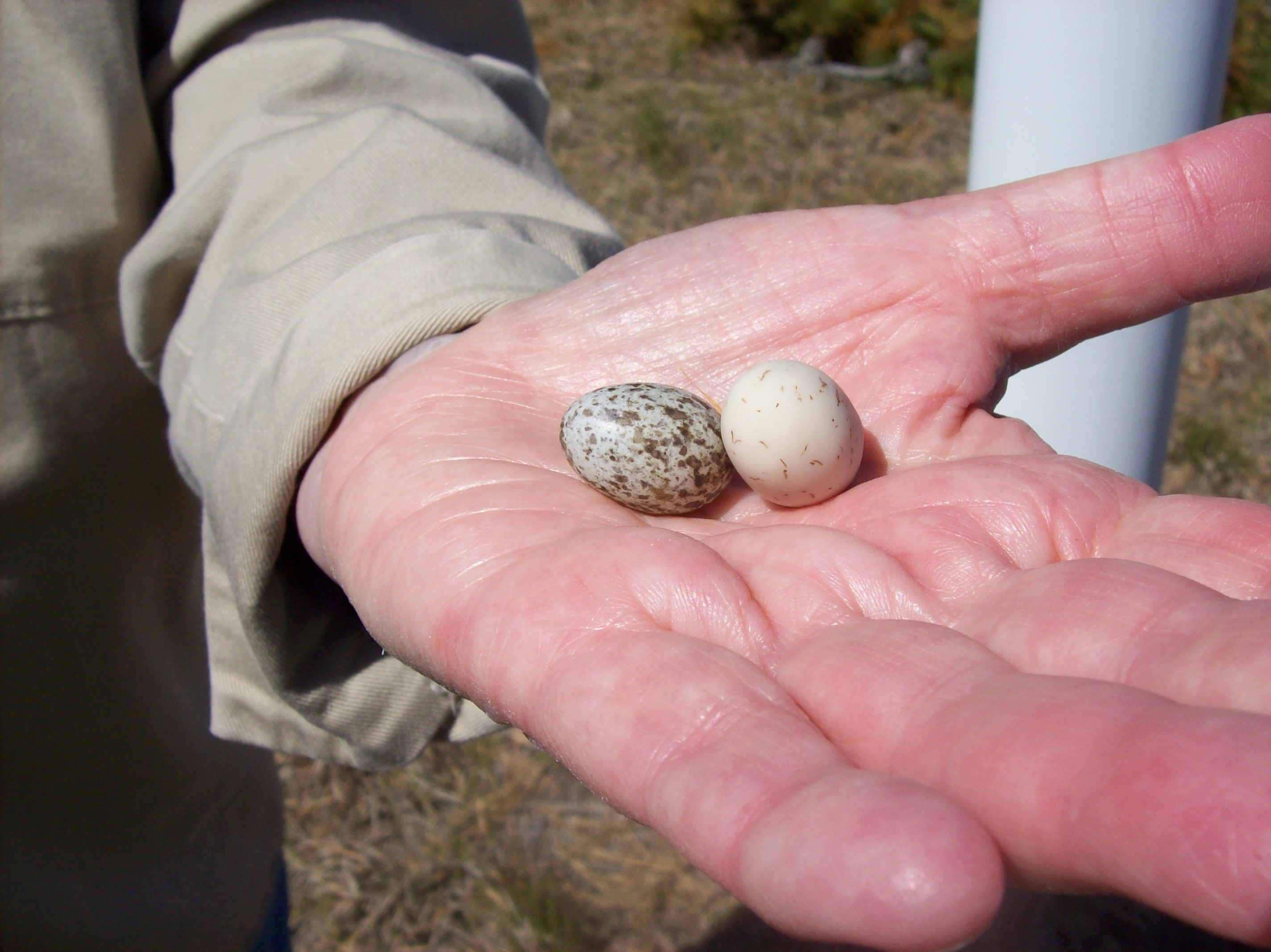 A large black racer snake in the dorm field gave us a big surprise one sunny day, and it appeared to fly across the ground when we disturbed it.  Unfortunately those snakes have the ability to climb up the poles and raid nest boxes.  But we can’t wait to meet up with our friend again on a sunny day in Spring 2015!

This report was compiled by Wellfleet Bay volunteers Betsy Richards & Barbara Williamson  who have been monitoring the sanctuary’s bird nest boxes for nearly  a combined 20 years. They submit their data annually to the Cornell Lab of Ornithology.