Wellfleet Bay has a number of research and conservation projects, but occasionally we get asked to participate in others’ research, too.

For a fourth year, science coordinator Mark Faherty  is among those assisting the U.S. Fish and Wildlife with a survey of migrating red knots, a shorebird whose population has fallen by 75% over the past 30 years and is expected to be added to the U.S. Endangered Species list very soon. 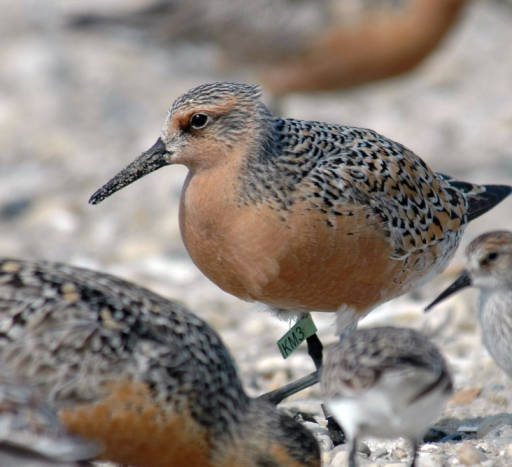 The focus of the study is  juvenile red knots to learn more about their movements and their annual survival rate, a crucial component of understanding the overall health of the species.

The information does not come easily. First Mark and others spend a day scouting where the young  birds are hanging out (“Mostly Minimoy and South Beach,” Mark says). Then the capture campaign is launched.

“The goal not only is to band new birds but to recapture those fitted in previous years with geo-locators. The data from those have to be recovered and then downloaded to be useful,” Mark explains. 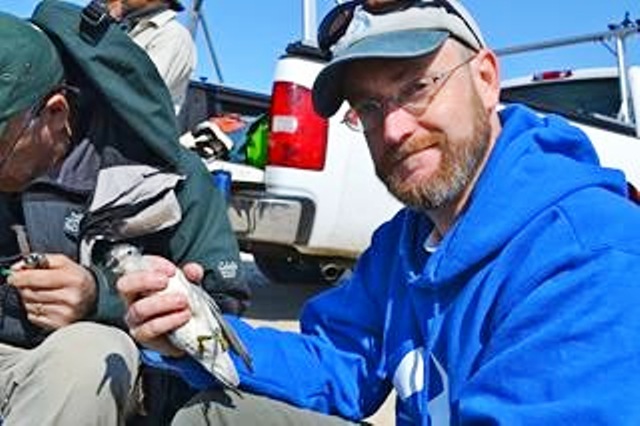 To capture birds, nets attached to several iron projectiles are fired from buried cannons, trapping birds beneath the netting. Mark says the exercise can be tedious, nerve-wracking and often unproductive if the flock takes off at the last moment. It begins with someone trying to subtly induce the flock to shift in the direction where the nets are aimed, while also protecting the birds from the projectiles. “The folks on the cannons are often waiting a long time for their queue,  ” Three, two, one, fire!”. And when it does come, it’s very sudden,” Mark notes.

Mark says the public can participate in the study if they want to. “Anyone with a spotting scope or point and shoot camera with a super zoom lens can read the bands pretty easily and then report it online. You can instantly see a map of where your bird has been seen before, which is addictive. Sometimes they have been originally banded in South America”.