One bright spot in an otherwise gloomy coastal waterbird season has been a plover nicknamed  “El Bandito”, a banded male that hung out alone at South Sunken Meadow Beach last year, a beach that had been effectively plover-less for the last several years. The bands on his legs told us that El Bandito was banded by researchers from Virginia Tech while on his winter territory in Georgia in 2012. 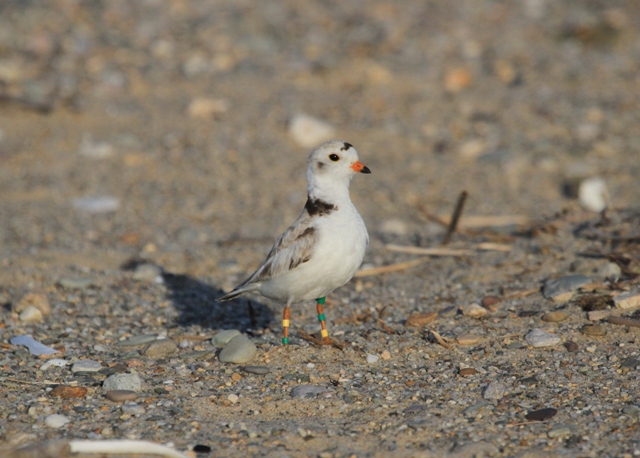 When he returned to South Sunken Meadow this April, we were curious to see if he would pair up with a female this time. He did. And in May he had what was likely his first experience defending his territory against multiple competitors. This is science coordinator Mark Faherty’s entry in the field log for May 8th:

“Pandemonium. Bandito was presenting scrape to mate and she got in it, but then she ran away from his high stepping (pre-copulation) attempt. Soon after, three additional males appeared at waterline and Bandito spent 20 minutes chasing them away. ” 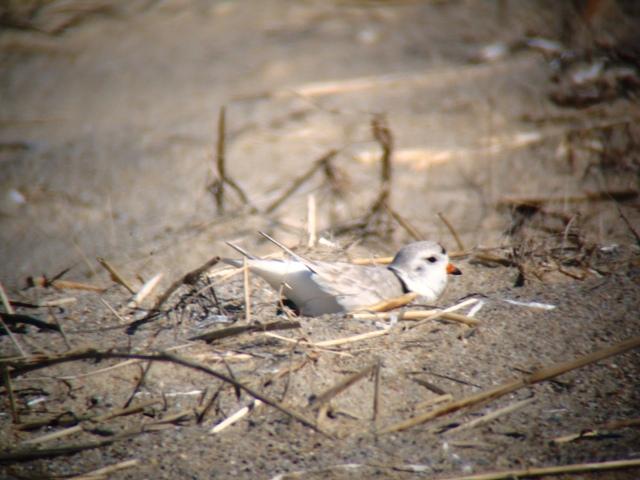 On June 24th, Bandito and mate ended up with a four egg nest. After it hatched only two chicks were seen. And then there was just one. But, at last report, El Bandito’s first near-fledgling was seen stretching its wings in preparation for flight. 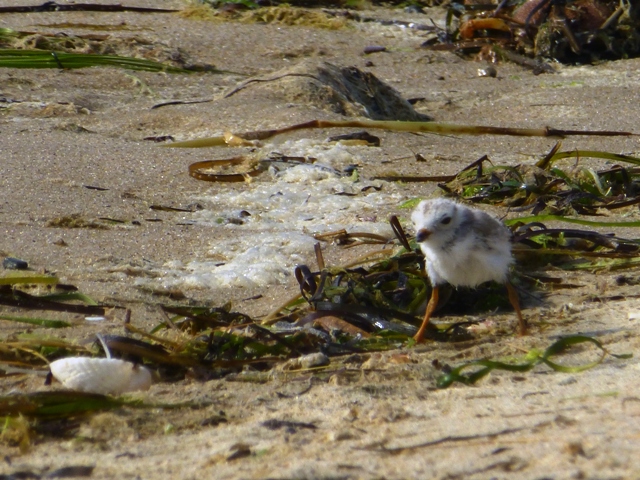 Considering what a dismal season it was for plovers on the Outer Cape, El Bandito did darn well on his first nest.  Now the question is…will he return to South Sunken Meadow next year?