As nights begin to get downright nippy, our diamondback terrapin nesting season is in its final stage and we start assessing how we and the turtles did this summer. There’s lots of data yet to crunch, but we have some anecdotal assessments to share.

For instance, this was the summer of twins. We had 7 confirmed pairs compared to just one last year. One of those sets of twins included a teeny tiny turtle who’s been dubbed Dixie, a French take on her being smaller than a dime. 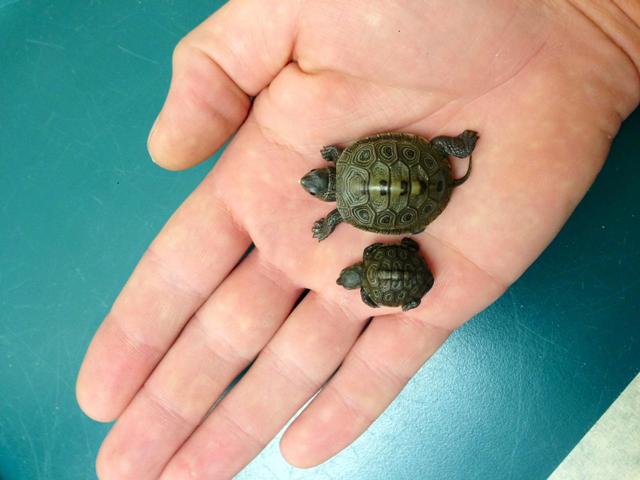 Despite being alive only a couple of days,  Dixie made it on the Internet.

Unfortunately, it was also the year a lot of female turtles were struck by cars as they tried to nest on Lieutenant Island. We had 12 this year, compared to only a handful in previous years.  Lieutenant Island is  the heart of terrapin nesting territory this year with a total of 90 nests versus 60 last year. One bright spot is that our success with harvesting eggs from dead adults and successfully hatching them hovers around 90 %. 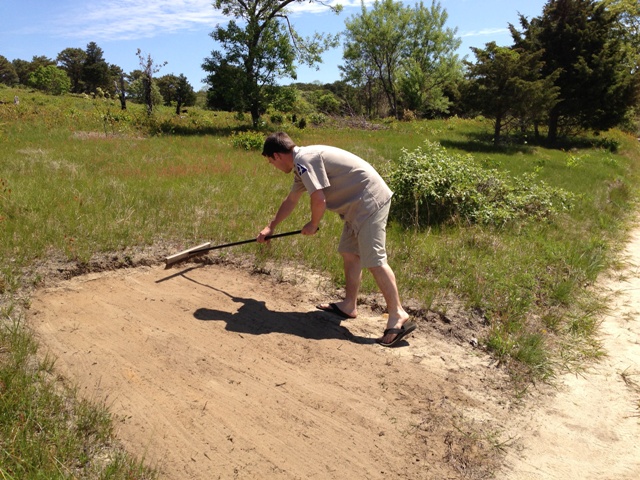 One of the reasons we create so-called turtle gardens, those patches of sandy nesting habitat above the high water line, is to encourage the animals not to cross roads to lay eggs.  Terrapin expert and Wellfleet Bay volunteer, Barbara Brennessel, says a turtle garden installed behind the Mobil Station at Duck Creek two years ago hosted 10 nests this summer. She says that new space seems to have cut down on females trying to cross Route 6 to nest.

So this season, like most others, provides some satisfying gains and a few disappointments. But thanks to our force of knowledgeable and skilled terrapin volunteers, we begin the fall feeling that perhaps we are making a difference to this threatened species. 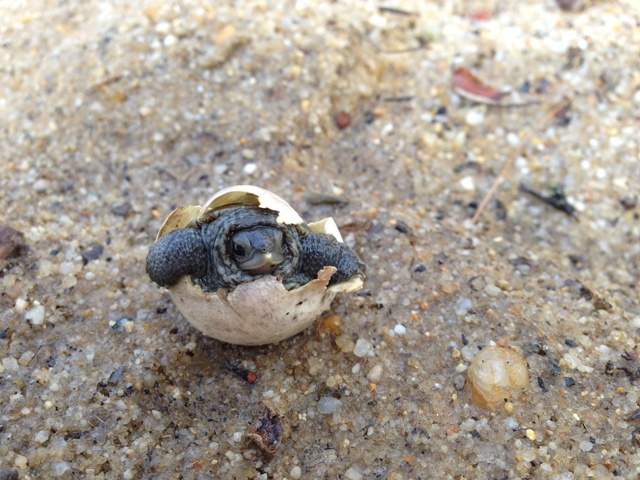 A hatchling greets the world! (photo by Ron Kielb)