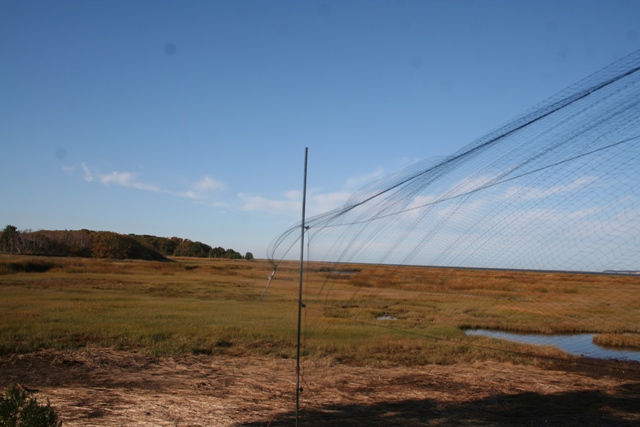 It won’t be long before the mist nets are up again here at the sanctuary and our bird banding team returns to record the streams of birds that pass over Wellfleet Bay in April, May and June.

In his final report on the fall 2014 migration, master bander and wildlife biologist James Junda  notes there was a “pleasant” level of avian diversity with nearly 70 species captured between September 20 through November 15. 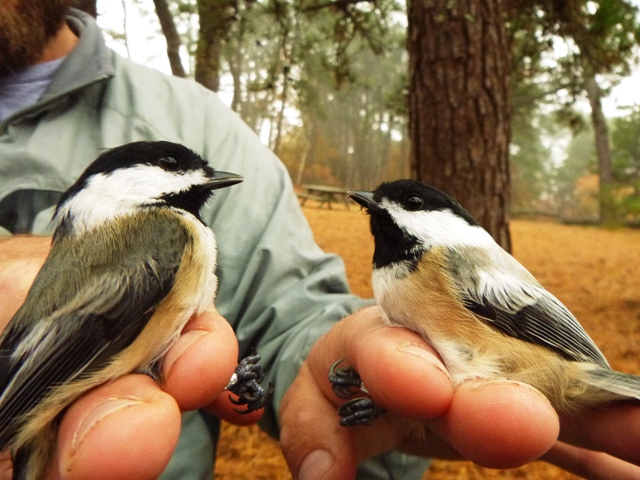 Of the 20 most common species banded, sitting at the top of the list —not surprisingly—the Black-capped Chickadee. Care to guess the second most common? A Cardinal? (Nope, that was number 4). A Blue Jay? (Number 18, believe it or not). Number 2 was a Myrtle Warbler (that’s the bander’s term for the subspecies of Yellow-rumped Warbler in the eastern US), although they didn’t show up in the nets until early October when they began pouring through. Some stayed for the winter.

In fact, the banding data nicely reflect the ebb and flow of fall migration, with Gray Catbirds the second most common bird banded in the first two weeks. It fell to third most common in week three, then down to 11th by week four. Dark-eyed Juncos didn’t appear on that list until weeks six and seven (late October to early November) when they debuted as the number one  most common bird banded. 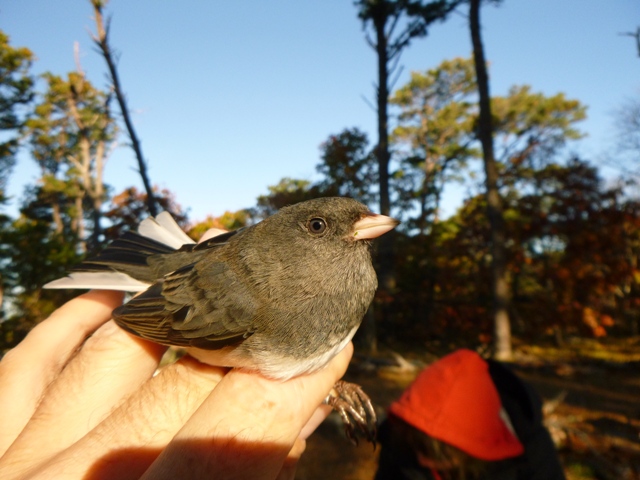 As we’ve mentioned in a previous post, bird banding on the property dates back to 1929 and records just from those first few years show how much has changed around here. As science coordinator Mark Faherty notes in the 2014 banding report, 183 Vesper and 51 Grasshopper Sparrows were banded on the property  in 1931 alone! Today, both birds are listed as threatened in Massachusetts, as the relatively treeless post-agricultural landscape of the Austin era has since grown up with forests and subdivisions.

It’s sobering to speculate which of the common birds we are banding today will amaze Wellfleet Bay banders 80 years from now.