We are extremely excited to display a selection of art from our first annual juried youth bird art exhibition. This annual exhibition is open to any children and young adults age 4 to 18 years old. All selected entries will be on display at the Museum of American Bird Art from September 23 to December 11th. Entries for our second annual exhibition will open in early 2017.

Burrowing owls are one of my favorite birds because I’ve studied owls a lot and they are very unique. Instead of living in tree cavities, they live in burrows. They are also diurnal as opposed to nocturnal like most other owls. Something very interesting about them, is if they feel threatened in their burrow, a Burrowing Owl will make a rattlesnake buzz sound to scare off predators. Sadly, Burrowing Owls are losing habitat due to construction. I am an avid conservationist and the creator of C.A.R.E., Community for Animal Respect and Education. C.A.R.E. provides opportunities for people to learn about the challenges animals face in today’s world, and inspires people to get involved to help them. I hope to spread awareness about the plight of the Burrowing Owls by submitting my artwork. 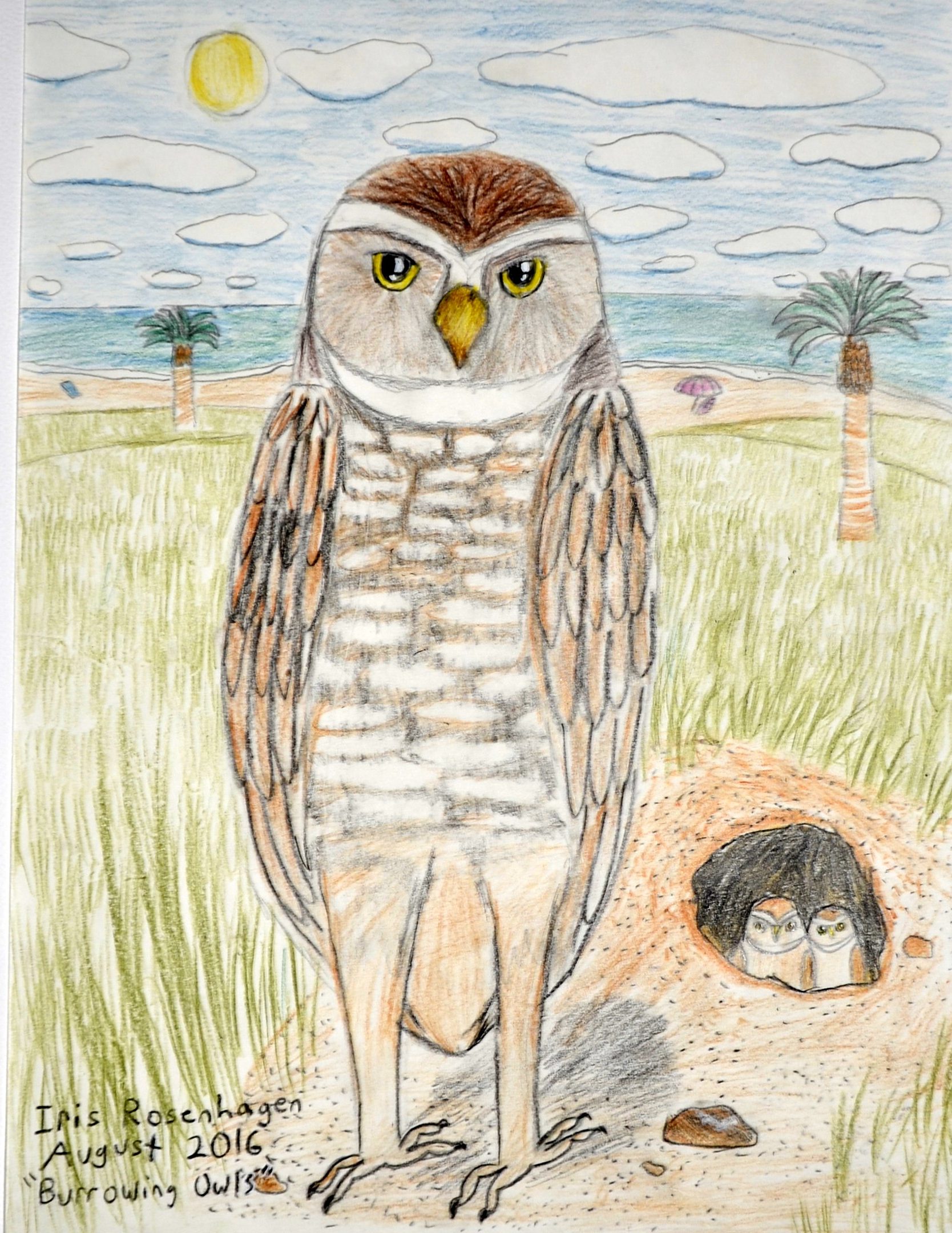 “The Rufa Red Knot is one of my favorite birds because of an inspiring book I read Moonbird by Phillip Hoose. It was about one Red Knot who has lived over 20 years and has amazingly migrated from South America to the Arctic so many times that the distance would be from here to the moon and halfway back. The tag, B95 on his leg allows him to be identified in different places he has flown. I learned a lot of interesting facts about Red Knots. One of the coolest, is that they lose their gizzards when they have a really long flight to make during migration so that they weigh less. When they stop over in Delaware Bay to eat horseshoe crab eggs, they grow it back to digest the food they need for energy to continue their long flight north where they mate.” 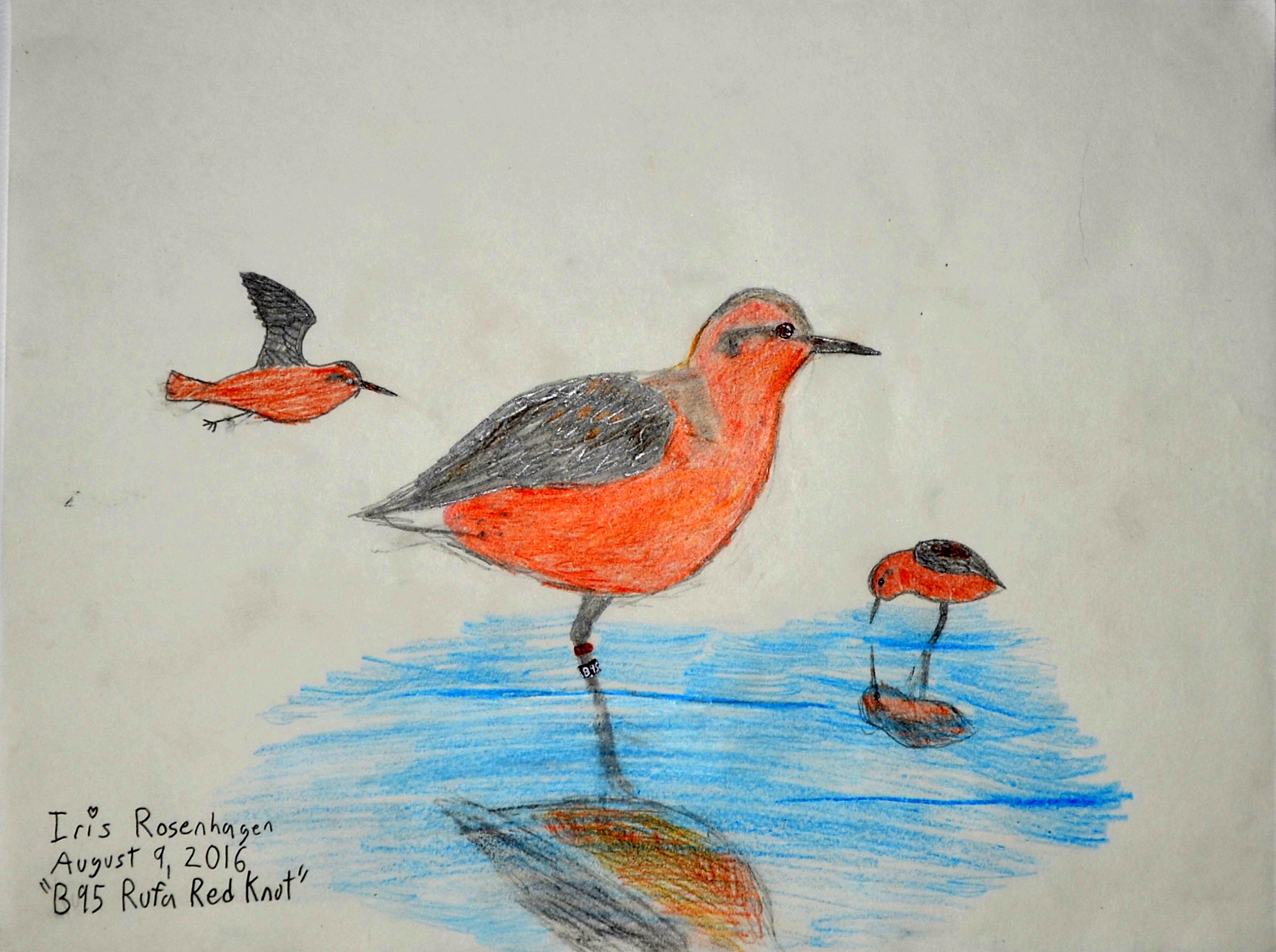 “I feel many people don’t appreciate the outer and inner beauty of the European Starling. The amazing iridescence of the starling’s plumage combined with its history of being an immigrant coming to the New World with its plucky, perseverant personality make this bird one of my favorites. The European Starling reminds me of my ancestors coming through Ellis Island, having so much to offer, but not always seen for all they were. People flock to the United States from all over the world…pun intended. Just as the murmuration of the European Starling is so remarkable, the same holds true for all who come to our land in search of a new life.” 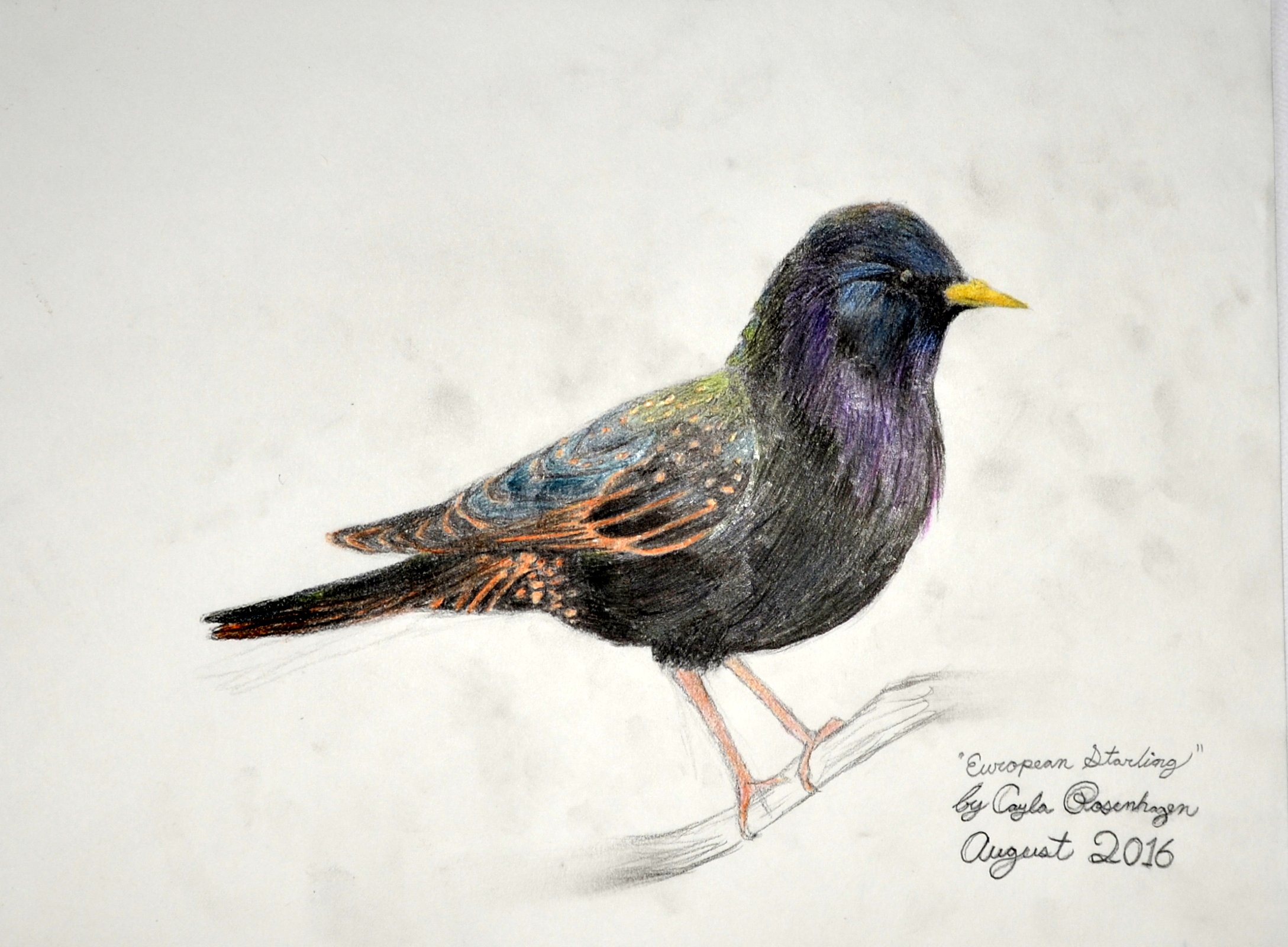 “Pollination and patience. Those are the two qualities that make Ruby Throated Hummingbirds one of my favorite birds. Unfortunately, we have seen such a decline in pollinators such as honeybees and monarch butterflies. We’ve tried to do our part by planting native flowering plants and by encouraging others to do so. But it takes patience to heal the Earth. It also takes patience to spot a Ruby Throated Hummingbird! I’ve been fortunate to see them a handful of times and it brings me such excitement to watch them feeding on the nectar of flowers, my heart seems to beat almost as fast as theirs, over a thousand times in a minute while they feed. Patiently I await the next Ruby Throated Hummingbird who comes to do his part in healing the Earth as he pollinates.” 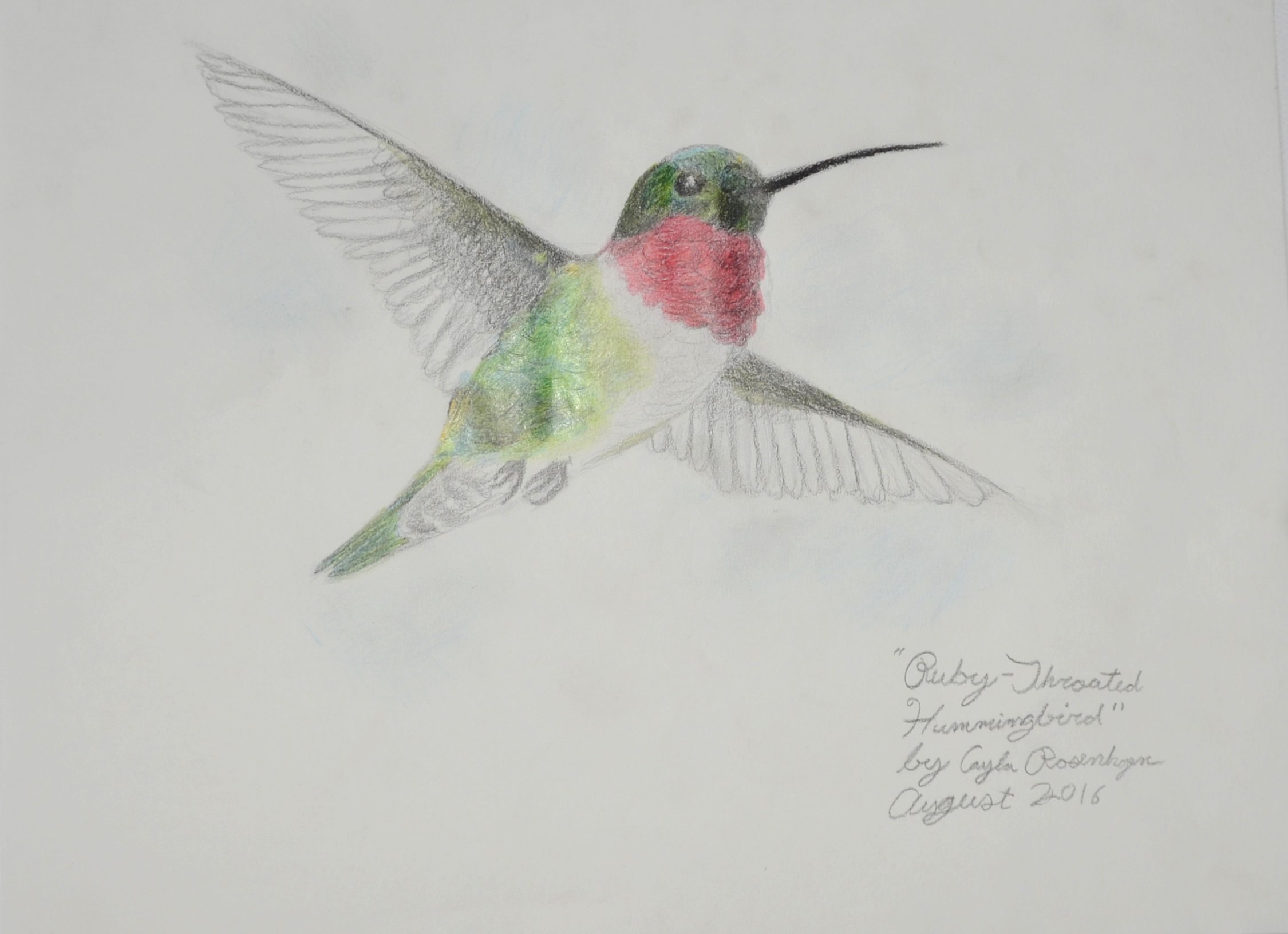 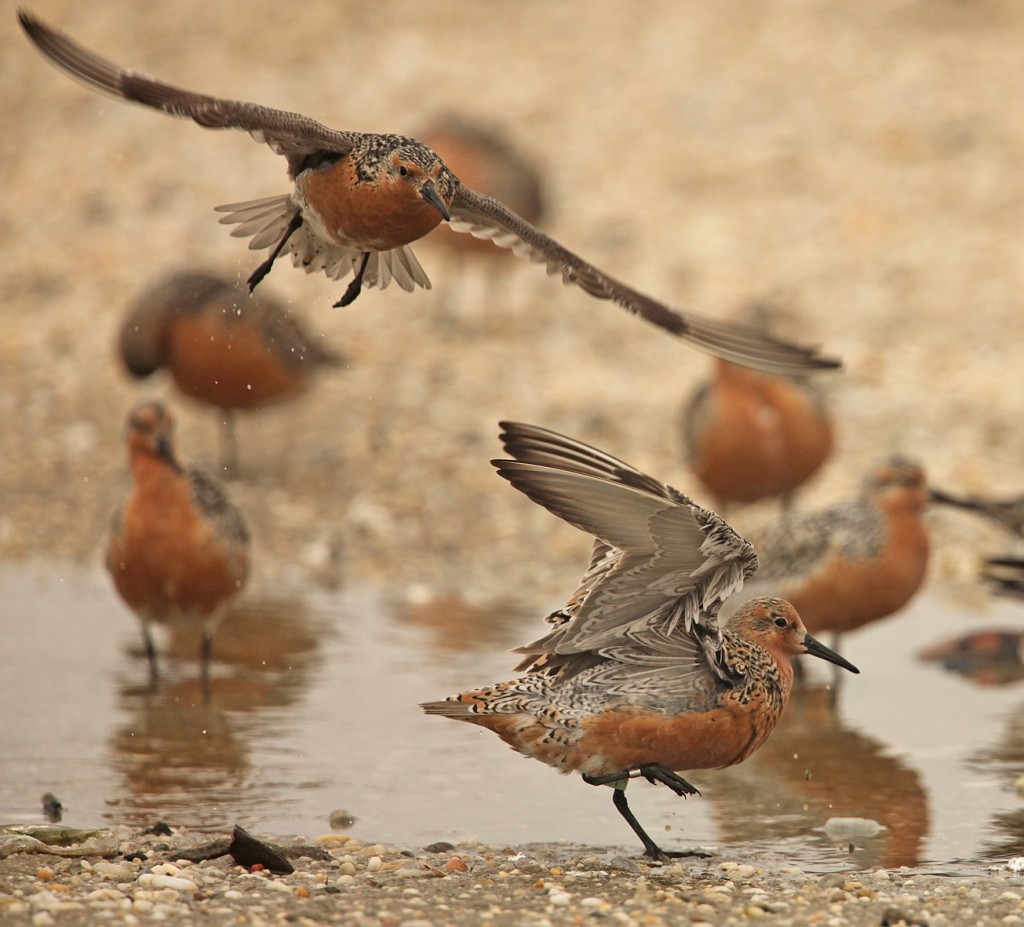 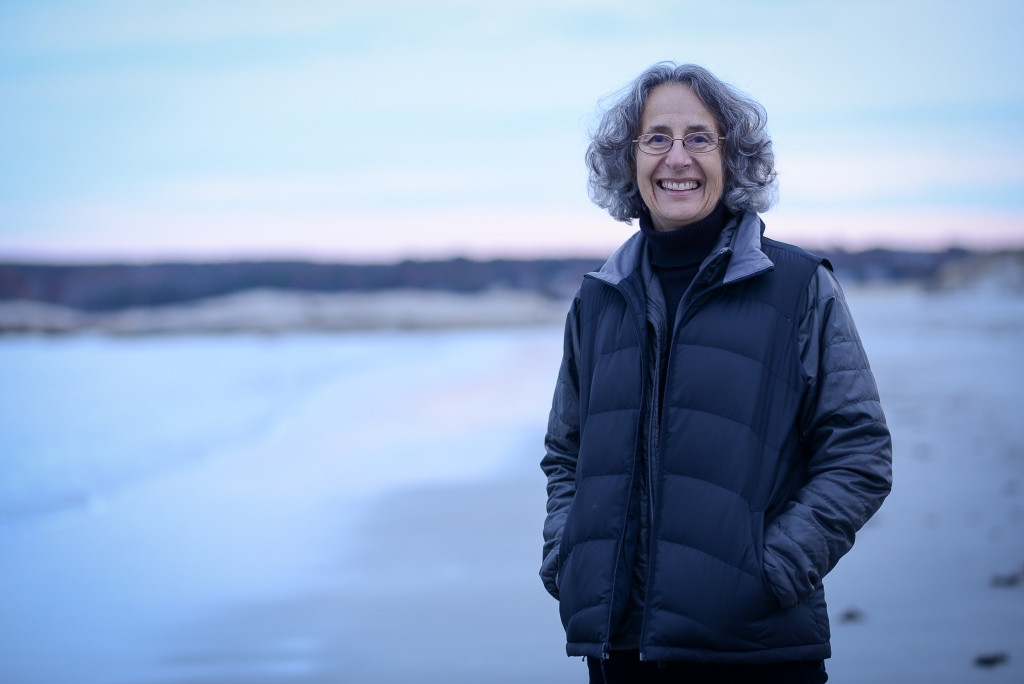