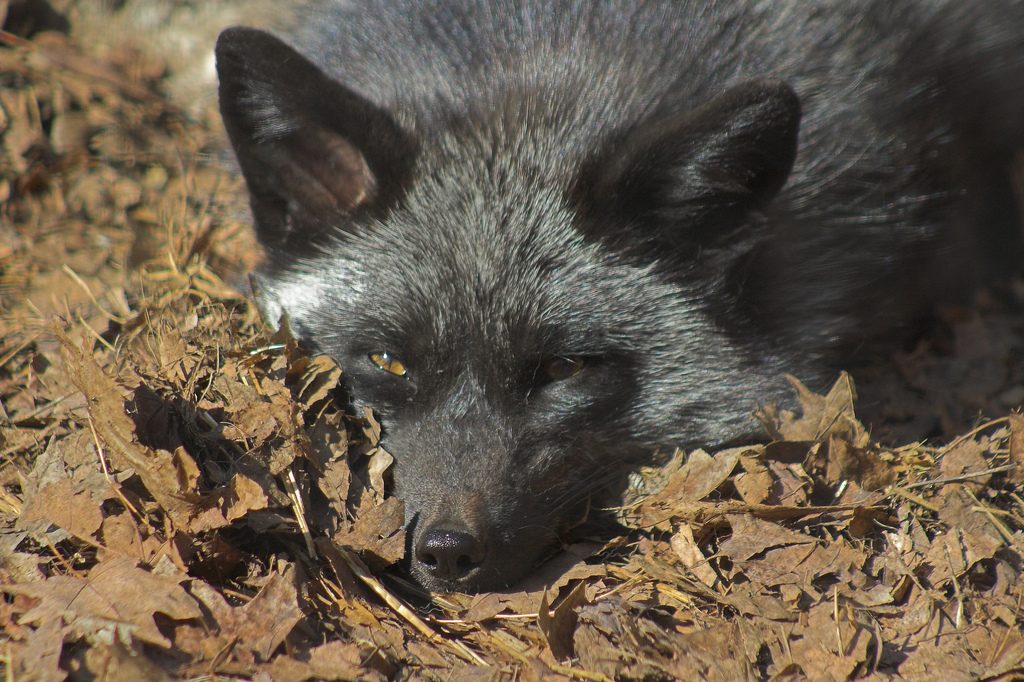 After 11 years as an animal ambassador at Drumlin Farm, our silver-phase red fox is retiring. He will live comfortably in our Wildlife Care Center, where our staff will take care of him for his remaining days.

We’d like to take the time to tell you a little bit more about his story.

Our fox has been with us since January 2006, and he has proudly reached his retirement age of 13 years old. He was originally brought into wildlife rehabilitation in 2004. He was underweight, emaciated, and suffered from seizures. The owner, who had bought the fox to keep him illegally as a pet, left wrong information and disappeared.

After almost two years of constant care by a certified wildlife rehabilitator, the fox was back to health and needed a permanent home having never learned how to survive in the wild. Drumlin Farm was happy to introduce the fox to the Drumlin Underground exhibit where the fox lived, at times, with another red fox.

Wildlife Care staff noticed the first signs of age-related decline two years ago and has been monitoring the fox ever since. We had hoped that having a new home at the New England Wildlife Explorations exhibit would have eased some of his age-related ailments, but time seems to have taken a toll on the fox.

So now, after 11 wonderful years as one of our animal ambassadors, the fox will move to a new quiet retirement enclosure in a section of the farm closed to the public. The fox joins a crew of retired animals that include our oldest animal, the 42-year-old (at least!) turkey vulture that joined the farm in 1977 when he was already at least two years old.

Healthcare benefits for the captive wildlife at Drumlin Farm are very good. It’s free, enrichment is given regularly, and delicious meals are provided to all residents. Retirement is also part of the benefits package. Retirement age varies depending on the species, but a comfortable and quiet retirement home is planned for all.

Drumlin Farm is home to more than 70 wildlife animals, representing 37 species native to New England. These animals are non-releasable due to physical or behavioral challenges that prevent them from being competitive in the wild. Some of the animals are unable to capture their food, or escape a predator, and some never learned the social cues needed to interact with members of the same species. Young, healthy animals help our teachers in fulfilling Mass Audubon’s mission of protecting the nature of Massachusetts. Older animals, starting to show signs of physical decline, move into the Wildlife Care Center for retirement.

We don’t purchase our animals, but rather provide a good home to wildlife in need that cannot survive in the wild. We hope to fill the New England Wildlife Explorations exhibit soon with another fox.  We have been in the process of finding a companion for our silver-phase fox, and as I write, we have a solid lead on two red foxes that might join the Drumlin Farm family soon. We’ll announce their arrival on Facebook!

Until then, we here at Wildlife Care want to thank our fox, and our visitors, for a great 11 years.