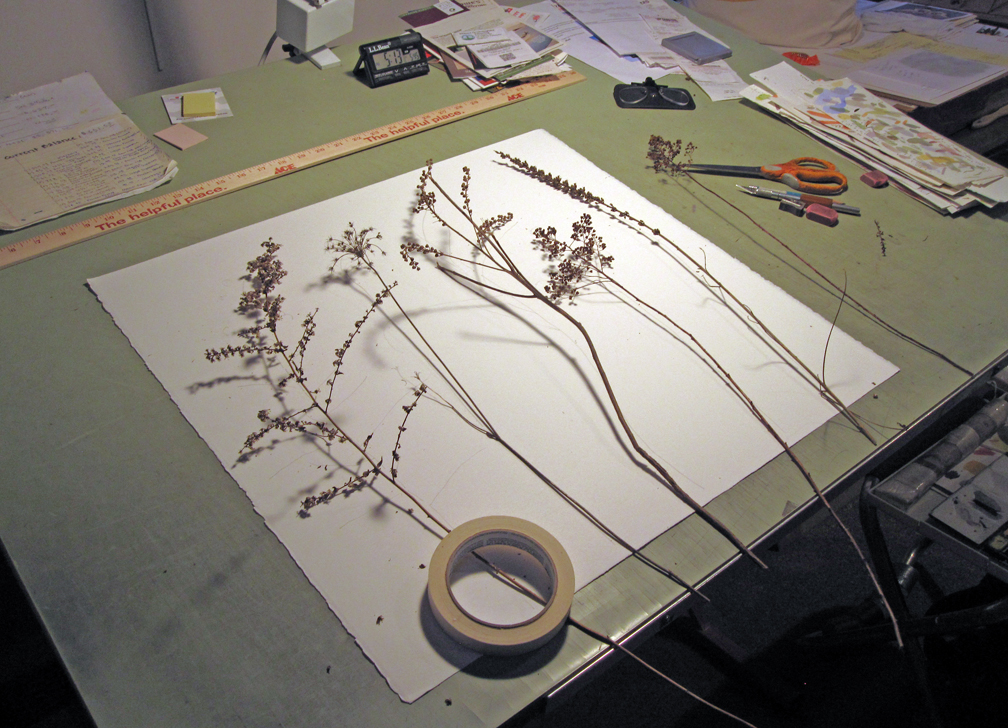 Back in the studio, I spread out the winter stems I collected along the entrance drive at Endicott Wildlife Sanctuary.  I arrange the stems on a big sheet of Arches hot-pressed watercolor paper, moving them around and trying out various arrangements until I have a nicely balanced composition.   You might notice that the pepperbush in the center arches outward to the left and right, while the two outermost stems curve gently inward, bracketing and containing the stems in the center. 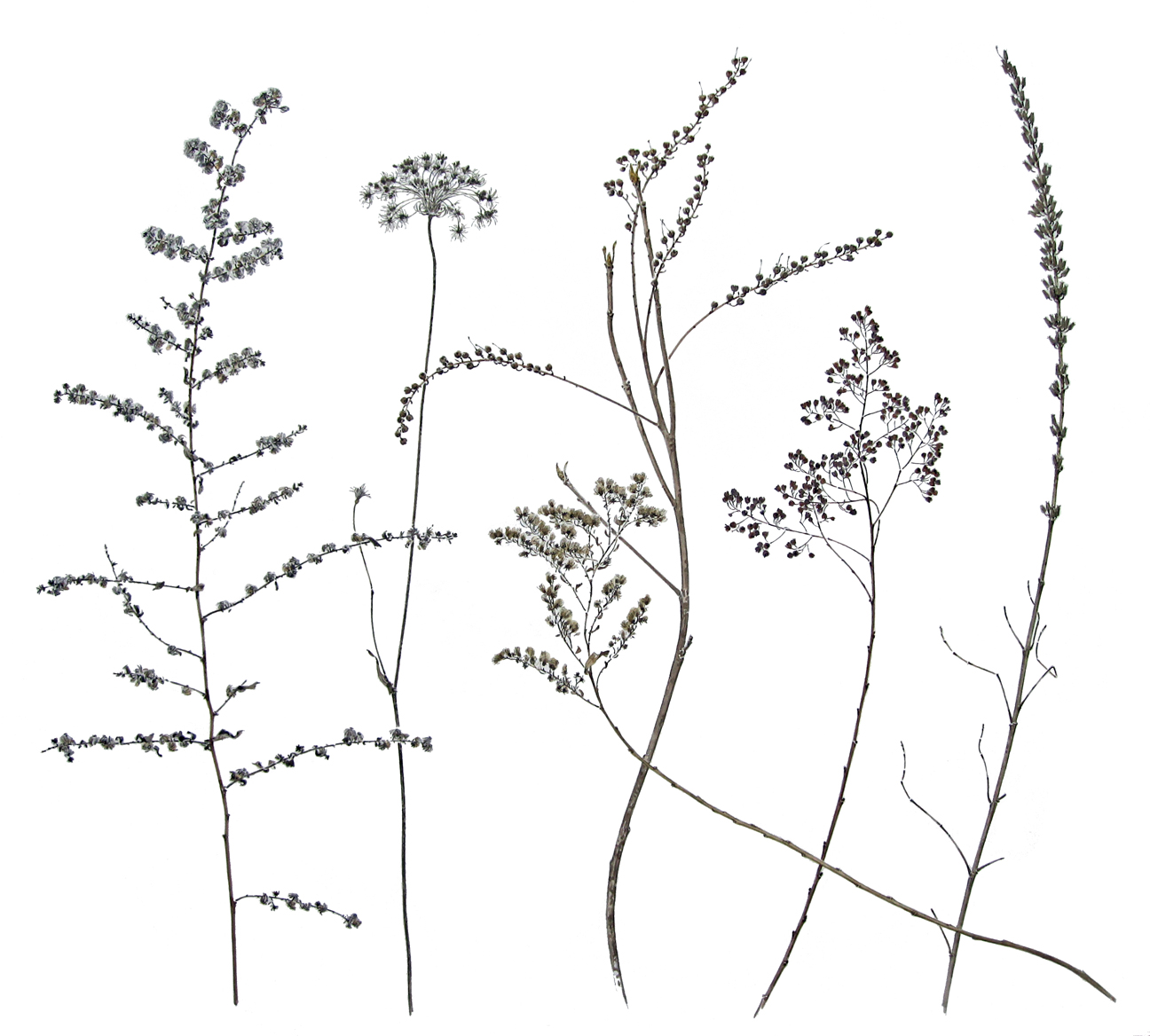 I have a pretty good idea what the various species are.  I’ve got goldenrod, Queen Anne’s lace, an aster, sweet pepperbush and meadowsweet.   Only one of the specimens has me puzzled: a tall, narrow spire with densely packed cylindrical seed capsules.   I check my Newcomb’s and realize – of course! – it’s purple loosestrife.  This is one species I’m sure the Audubon Society would have NO objection to my collecting!  In fact, I had read on the visitor’s kiosk that the Society had successfully introduced a beetle into the wet meadow to control the spread of this invasive, non-native plant. 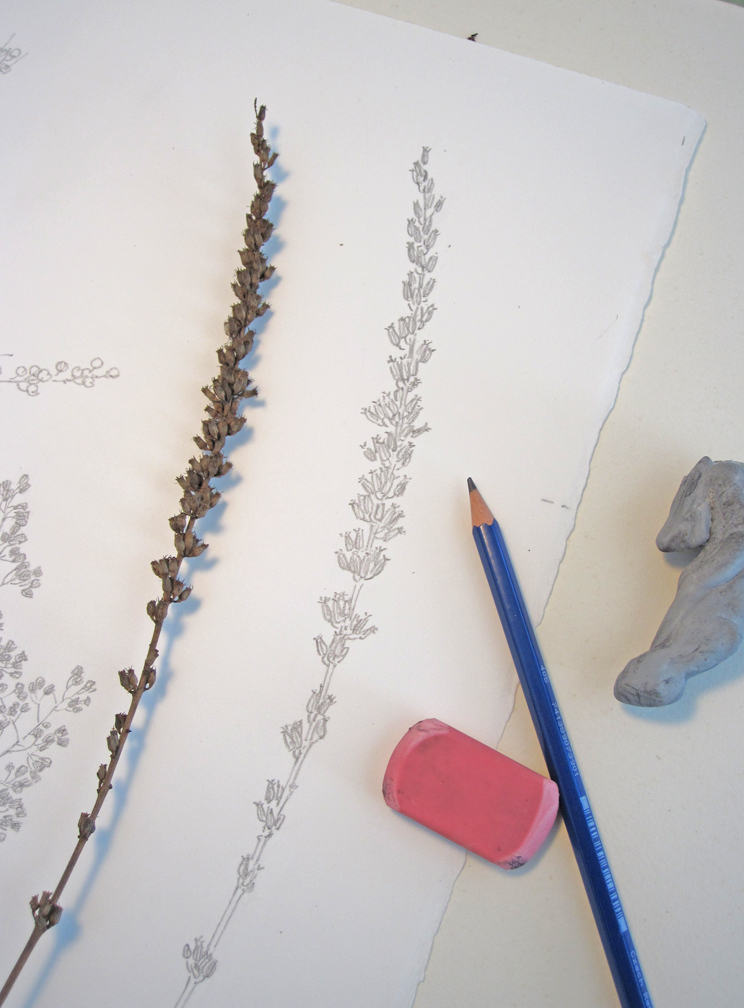 After settling on an arrangement, I make a careful drawing of each specimen with a 2B pencil, working from the specimen itself.  I call this approach “indoor field sketching”, since even though I’m not outside, I am working directly from life.  I’m aiming for an accurate botanical portrait of each species, so draw carefully and slowly using a modified contour drawing technique. 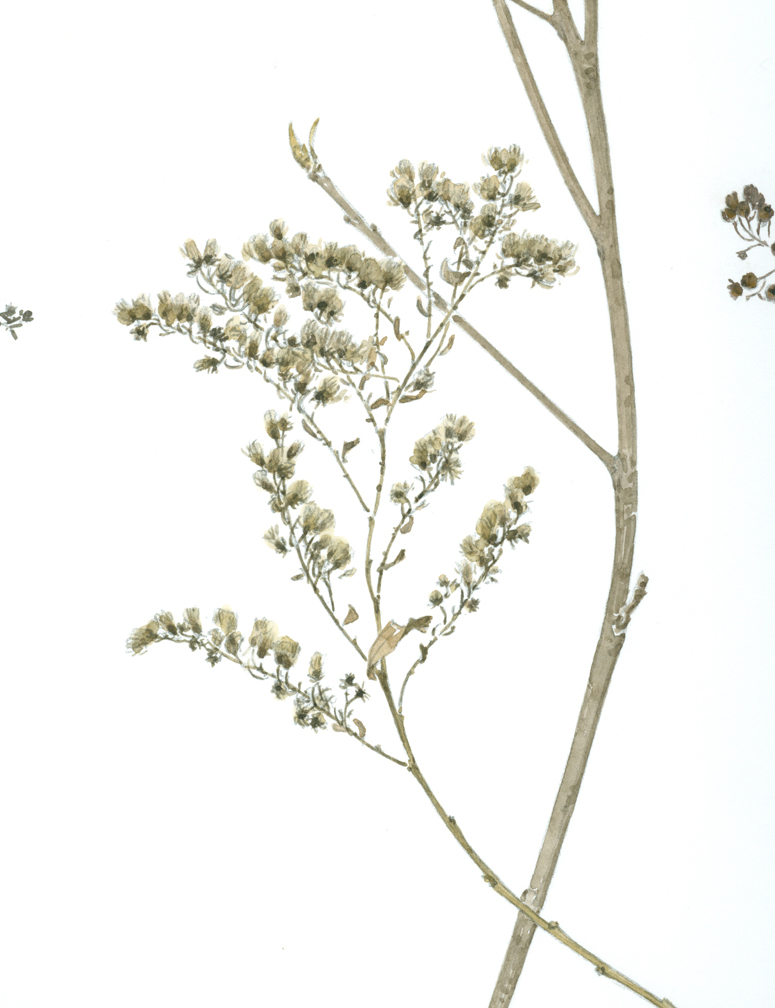 It’s amazing how much you can learn about botanical structure by working directly from specimens like this.  For example, I noticed how the twigs of the pepperbush branched smoothly off the main stem without any obvious scars or marks at the junctions.  Doing some research, I read that the new woody growth of pepperbush is forked or branched, and the side twigs do not always originate from a bud, as in most woody shrubs. 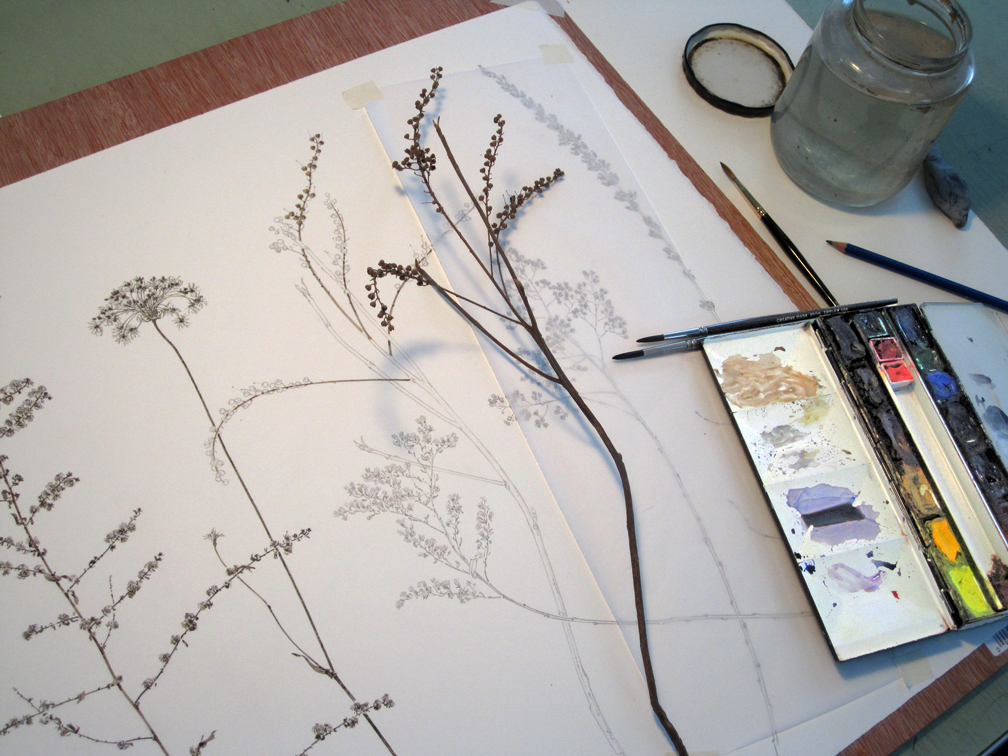 I work from left to right in both the drawing and painting stages, so as to minimize smudging (I’m right-handed).   I strive for accuracy but also a light touch, and I mix the subtle grays and browns with care, slightly emphasizing the color shifts.  The attraction of this painting is really in the details, so here are some more close-ups: 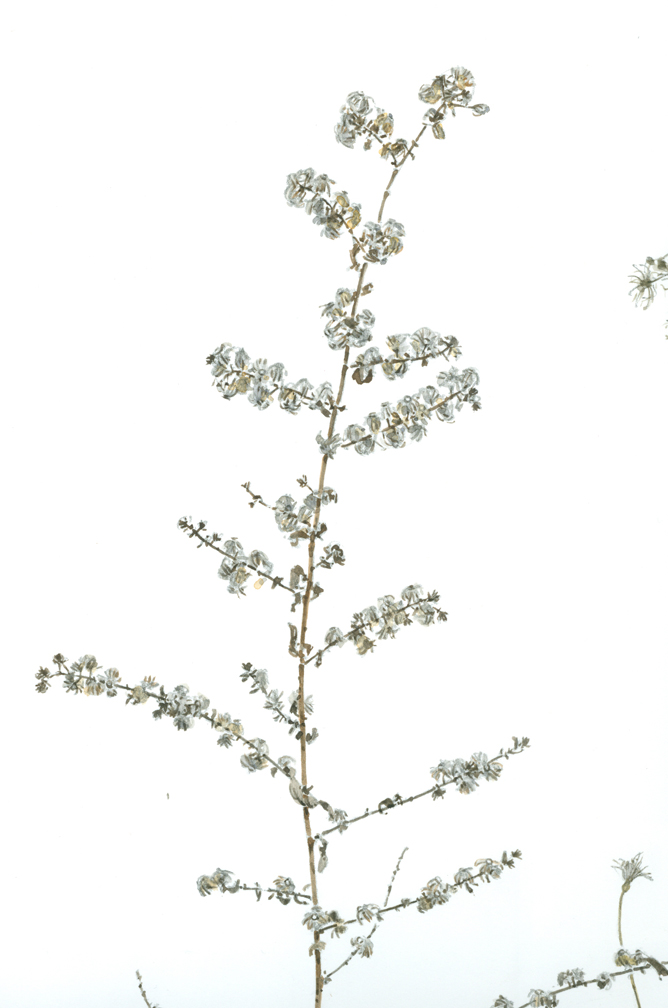 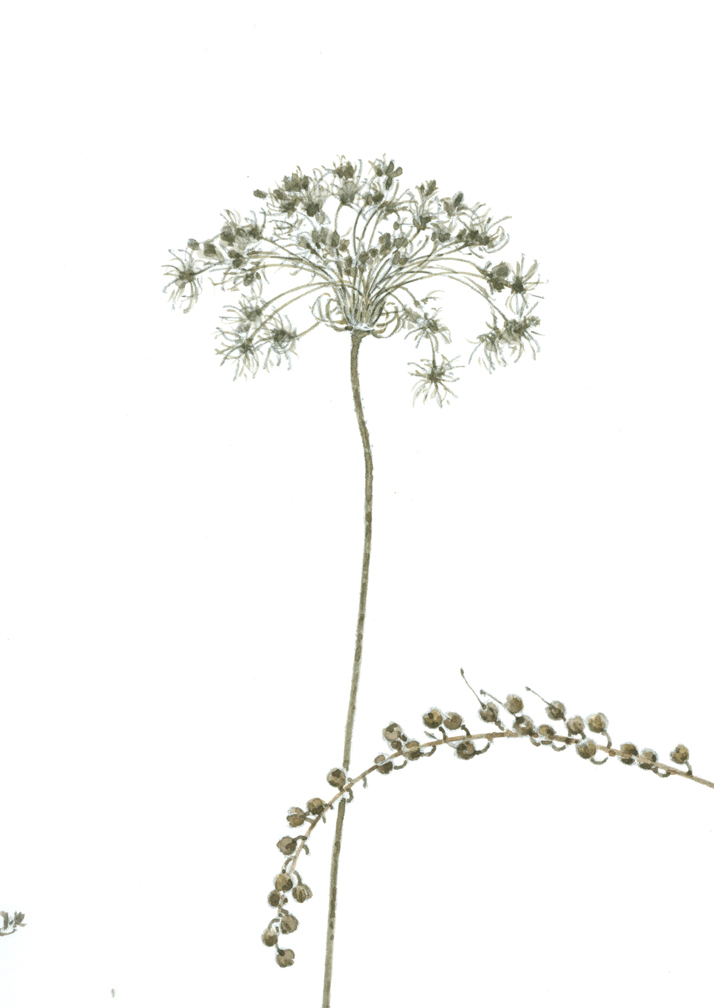 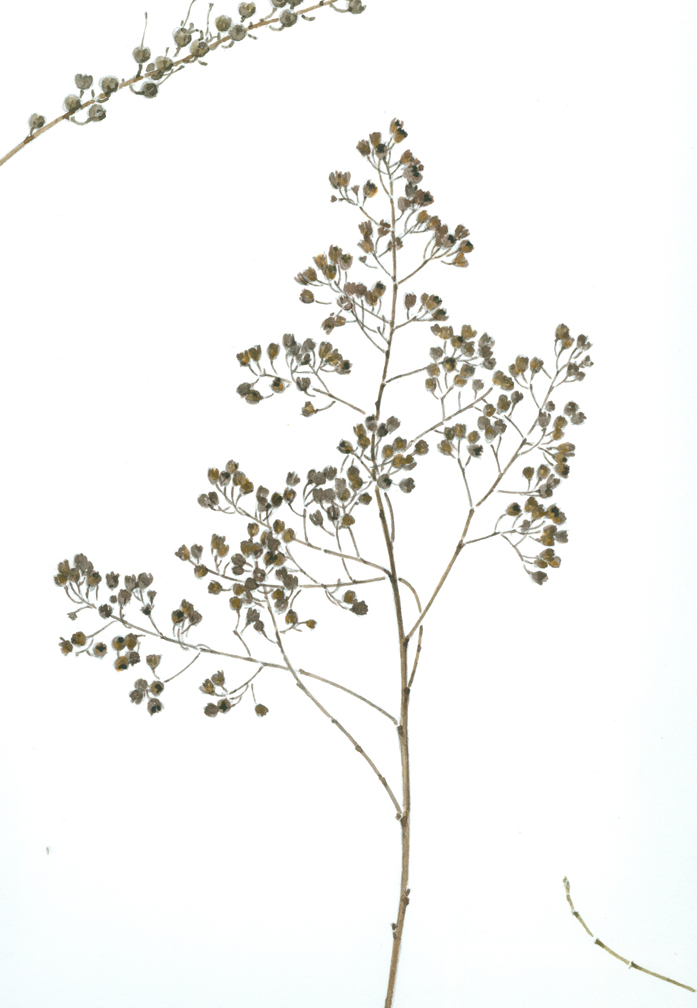 This is the largest watercolor that I’ve painted for the residency so far, at 21” x 22 ½”.

I’ve probably spent more hours on this watercolor than any of the others, too.  The painting and drawing took more than four full days of work.  The original watercolor is currently on display at the Museum of American Bird Art in Canton, Massachusetts.

Back in August, I visited the Barnstable Great Marsh – the largest salt marsh on Cape Cod. At 3,000 acres, it’s an impressive wetland. But the largest contiguous salt marsh north of Long Island lies along the North Shore of Massachusetts. At 25,000 acres, this system, also known as “the Great Marsh”, sprawls from Gloucester thru Essex, Ipswich, Rowley, Newbury, and Newburyport before ending in Salisbury on the New Hampshire line. It’s a massive complex of marshes, barrier beaches, tidal rivers, estuaries and mudflats – much of it protected land owned by the Parker River National Wildlife Refuge, the Trustees of Reservations, the Essex County Greenbelt and Mass Audubon. 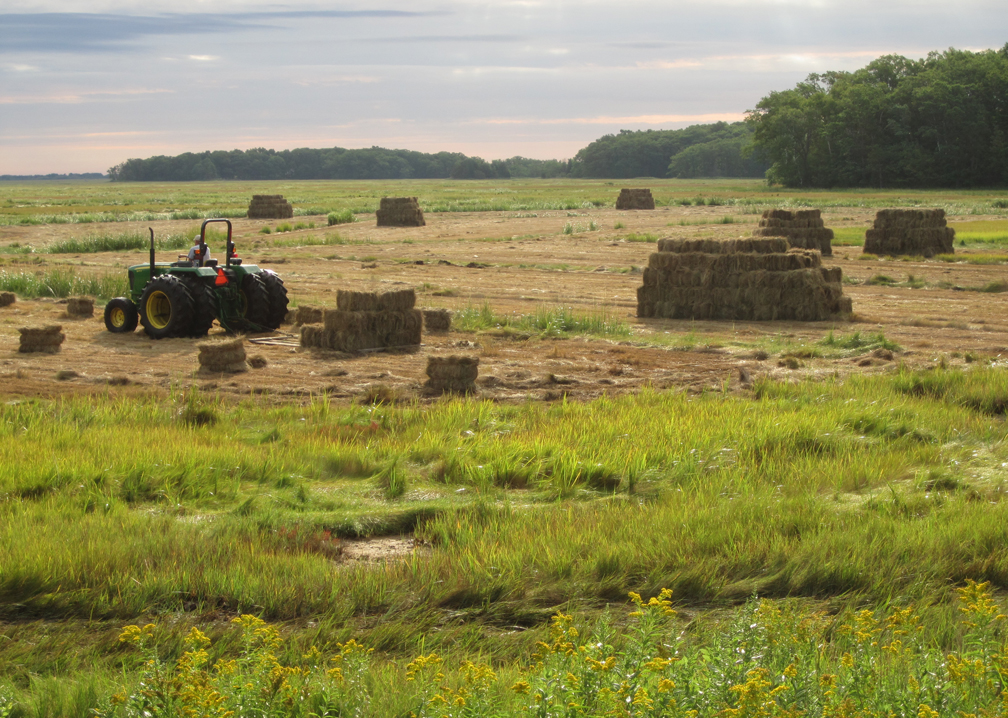 Heading down Rte 1A from Newburyport this morning, I pass a haying operation on the upper reaches of the Great Marsh in Rowley. Men and tractors are piling bales into picturesque heaps, as the gathering dawn light creeps across the landscape.
I have nearly arrived at my destination: Rough Meadows Wildlife Sanctuary in Rowley. When I asked Bill Gette, the director at Joppa Flats, about the “rough meadows” name, he explained that the early settlers called this area “rough meadow” to distinguish it from inland meadows with finer, softer grasses. The predominant grasses at Rough Meadows are the two spartinas – saltmarsh cordgrass and saltmarsh hay, growing in various parts of the marsh. These spartinas are much coarser than the grasses in inland meadows. The settlers DID use the spartinas for hay, however, and it is still prized by gardeners for mulch, since the seeds in the saltmarsh grasses will not germinate in garden situations. Thus, the haying operation in progress… 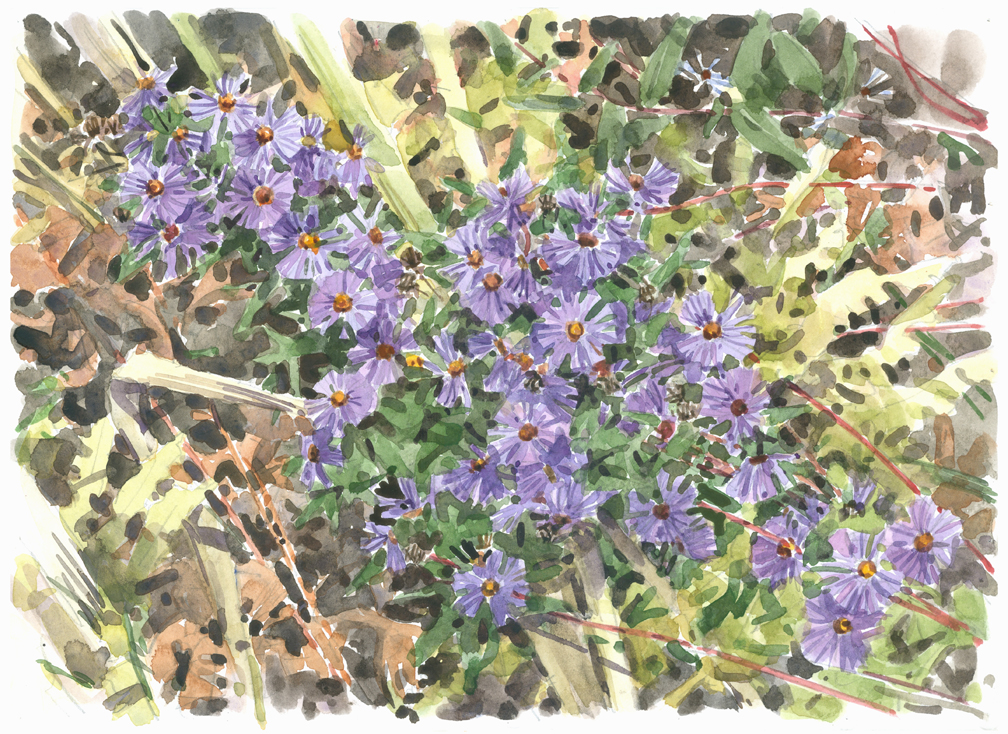 As I arrive at the parking area for Rough Meadows, a fresh Black Swallowtail butterfly drifts past, and I later see it nectaring on New England Aster. Indeed, mid-September is “aster season” in Massachusetts, and the trails at Rough Meadows are lined with a variety of species, ranging from the large, colorful New England aster to the tiny, delicate calico aster. 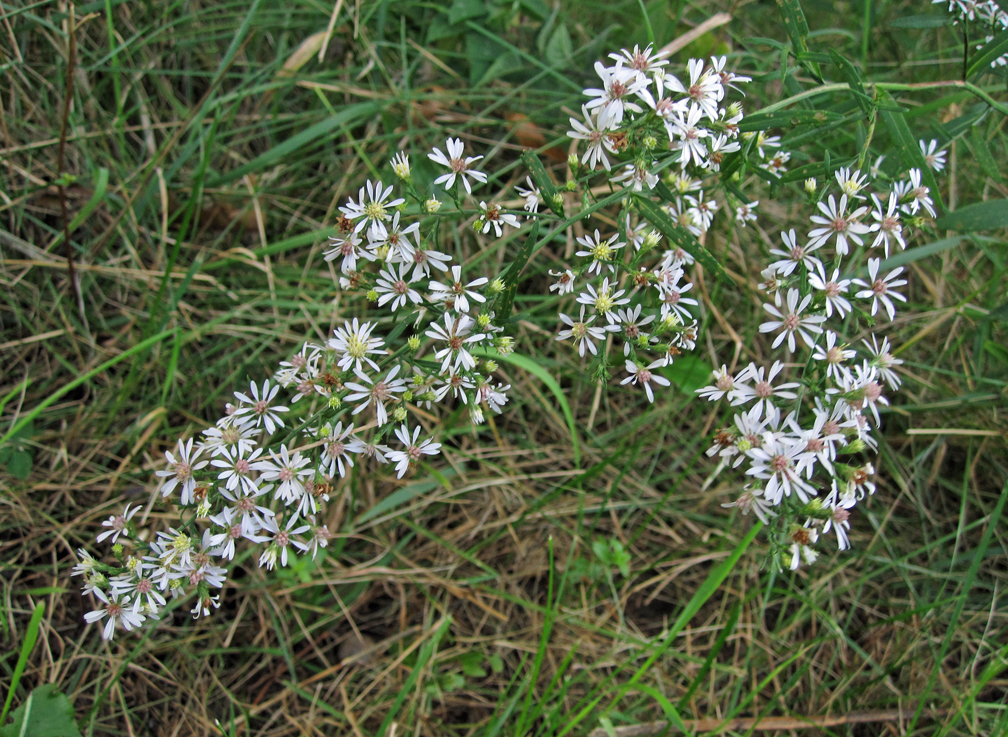 In central Massachusetts, where I live, mosquito season has passed, and days outdoors are thankfully bug-free by this time of year. NOT SO in the North Shore marshes! Whenever I stopped along the trails, I was plagued by the small dark saltmarsh mosquitos. I concluded that they must be attracted to movement, however, because once I settled down to paint in one spot, the mosquitos left me alone! 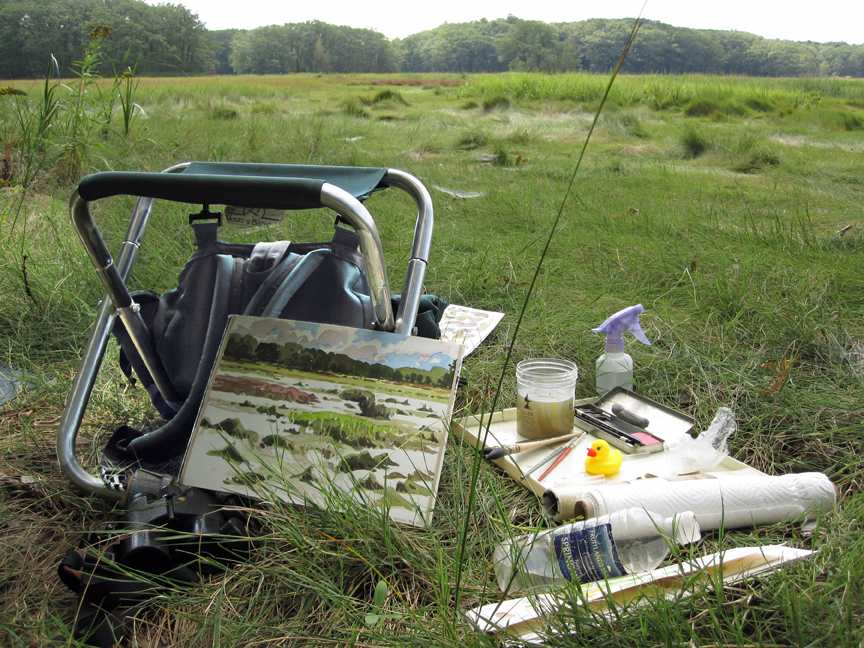 Professor Chandler’s Long Walk traverses several wooded hills that rise like islands out of the surrounding marsh, and at various overlooks you can take in the sweep of the marsh and admire the variety of colors and textures. Patches of glasswort create bold swatches of crimson, and seaside goldenrod adds touches of buttery yellow. 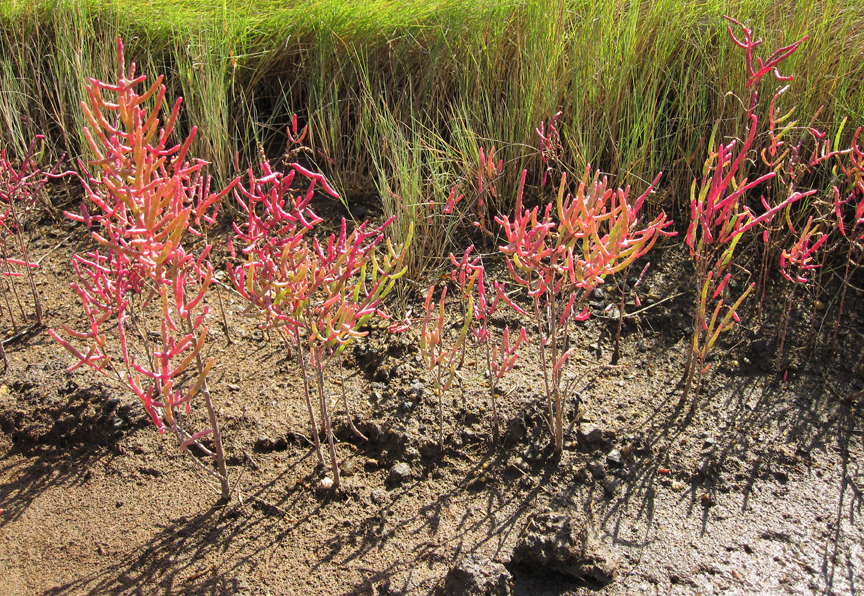 Out at the end of Appy’s Way, I set-up my painting outfit and start a landscape looking back towards Rte 1A. My finished painting does indeed look like a “rough meadow”, don’t you think? 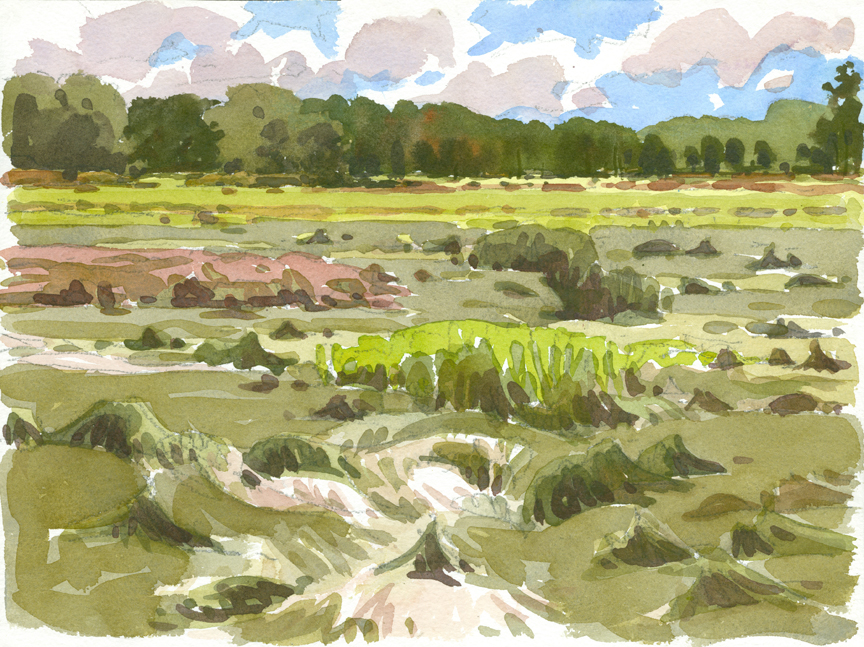 Back at the parking area, I notice an interesting view of the marsh – looking down between the trees along the Kestrel Trail. In the foreground is a thick patch of Queen Anne’s lace, now gone to seed and forming those ball-like clusters atop each stalk. I make a quick pencil sketch to record the scene. 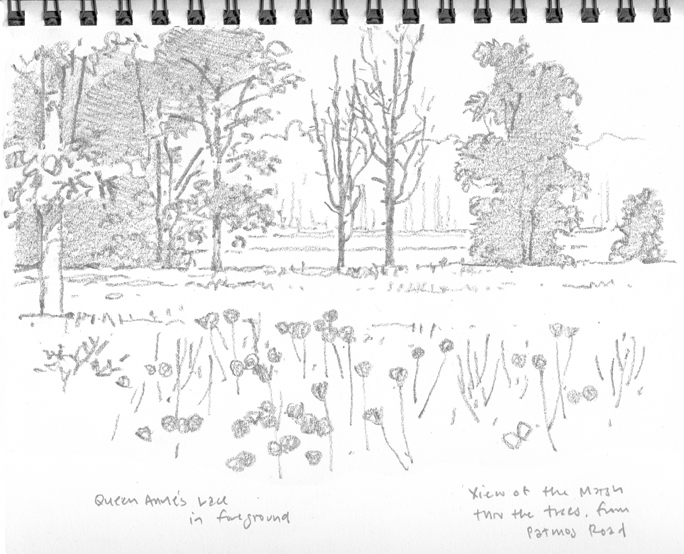