After a good day of birding on Plum Island, I stop by Joppa Flats around 5 pm. The tide is low, and many birds are scattered across the flats of Newburyport Harbor. I admire a group of bonaparte’s gulls, some of which have fully developed black hoods for the breeding season! Also on the flats are common terns, black-bellied plovers, short-billed dowitchers, assorted peeps and quite a few brant. 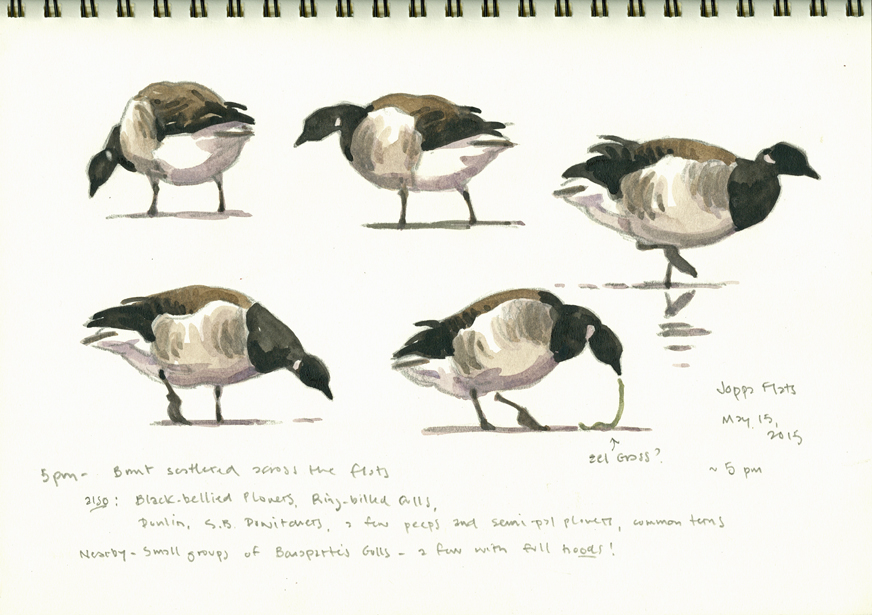 I’m intrigued by the shapes of the brant as they waddle across the flats and peck at morsels here and there. Being birds of the coast, I don’t see them nearly as often as Canada Geese, and only a few times before have I had good opportunities to observe them out of water. 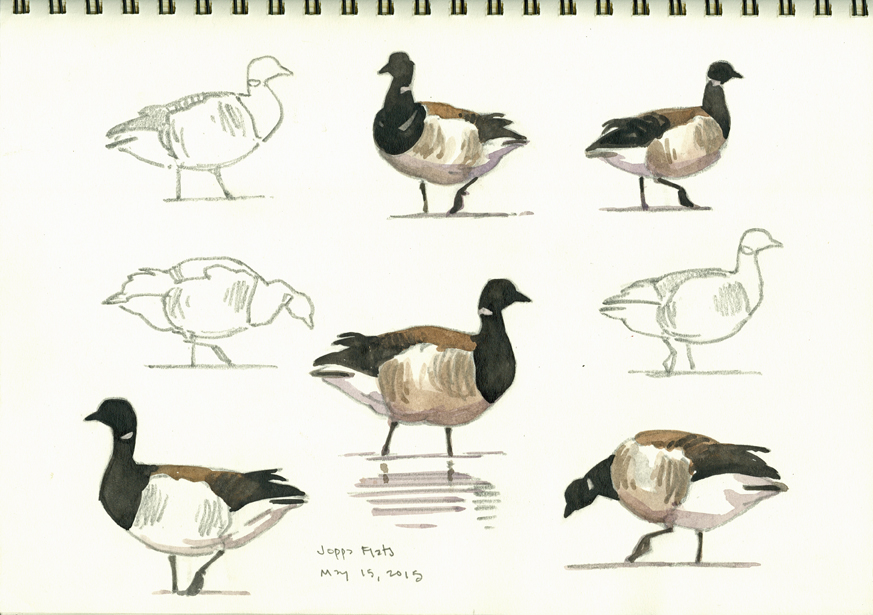 These studies would be fun to work with in a larger composition – maybe a project for this winter in the studio!

2 thoughts on “On the Flats”