In anticipation of our warbler-themed Birders Meeting, we’ll be posting about a featured warbler species every week.

This week’s warbler is… 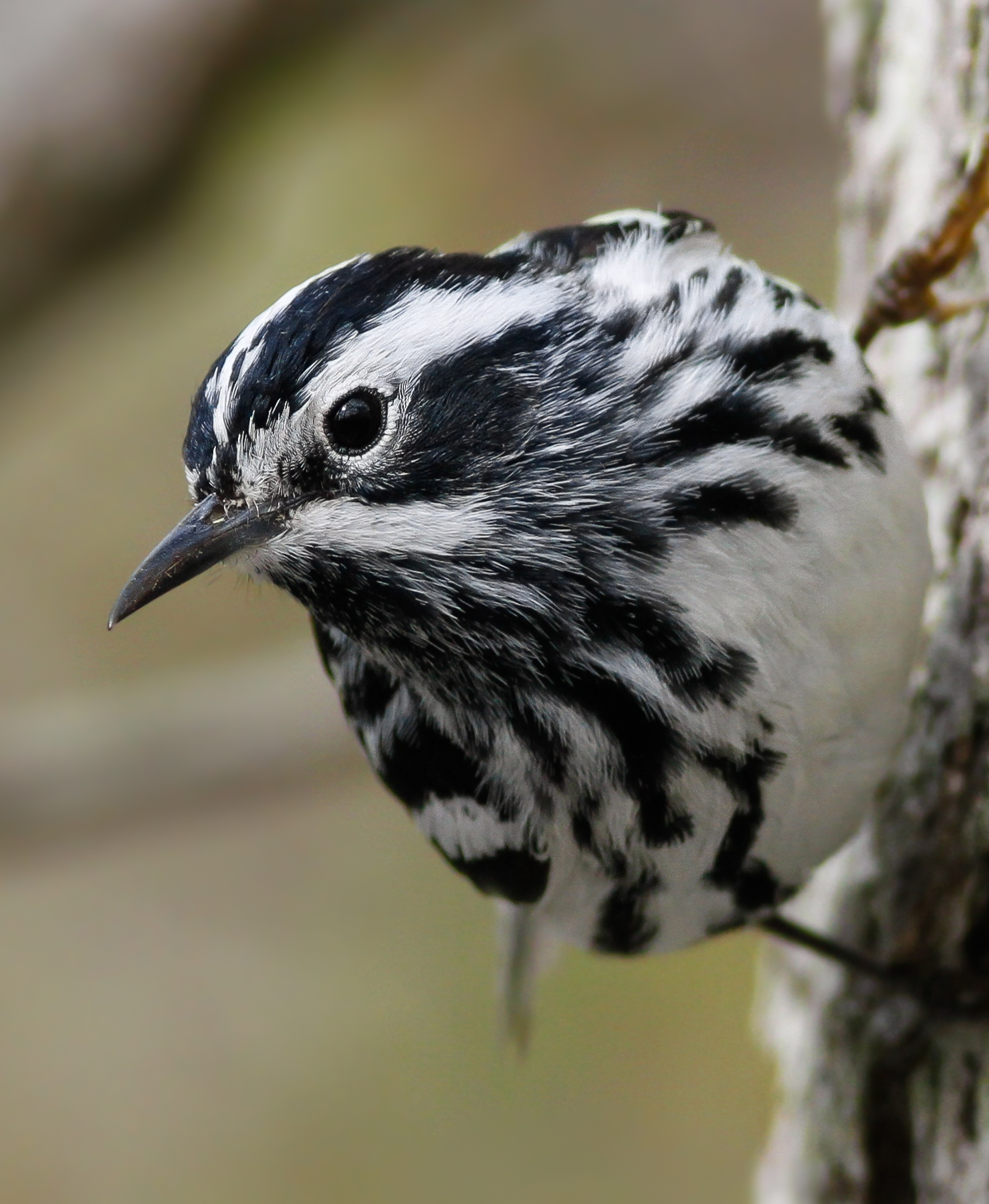 “In the last days of April or in early May, when the buds on deciduous trees are swelling and when tiny, light green leaflets appear on the shrubbery, in sheltered sunny spots we may find a little black and white striped bird hopping along the lower limbs in the woodlands, turning this way and that, searching over the branches from one side to the other, often head downward, closely scanning the bark, silently gleaning the insect enemies of the trees. This is the Black and White Warbler.” – Edward Howe Forbush, 1929

Most warblers are in constant motion, hopping from branch to branch in their search for invertebrates to eat, which makes identifying many species by their behavior alone usually quite difficult. The black-and-white warbler stands apart from its fellows since it forages by creeping along the bark and larger branches of trees, much like a nuthatch. Although the black-and-white warbler remains widespread in Massachusetts, it is beginning to show the first signs of decline. Check out our Breeding Bird Atlas 2 account for more information on this warbler in MA.

The biggest threat to black-and-white warblers is fragmentation of its forested habitat. When forest patches become more and more fragmented there is increased incidence of “edge effects” such as increased chance of predation, brood parasitism by the brown-headed cowbird, and disturbance. “As nocturnal migrants, Black-and-white Warblers are a frequent victim of collisions with glass, towers, and wind turbines; as insectivores, they are vulnerable to pesticide poisoning.” (American Bird Conservancy)