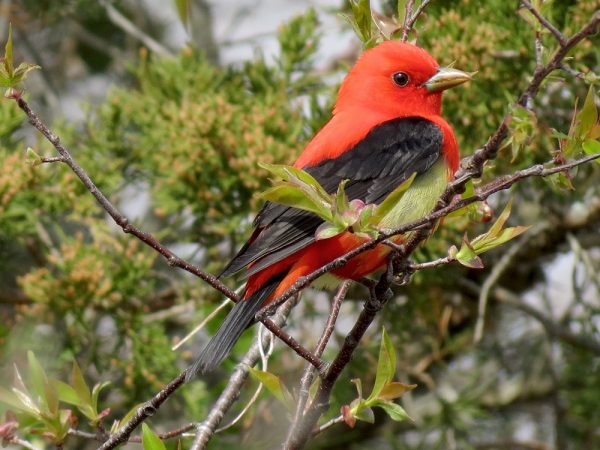 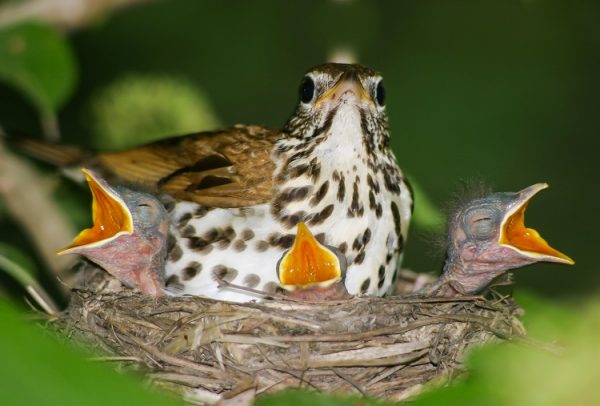 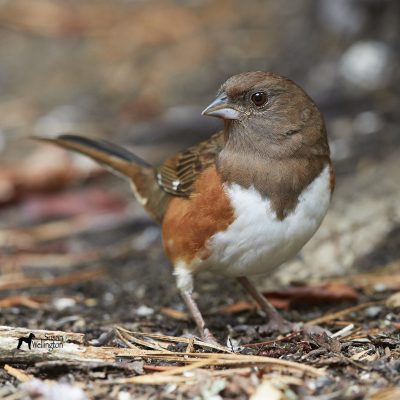 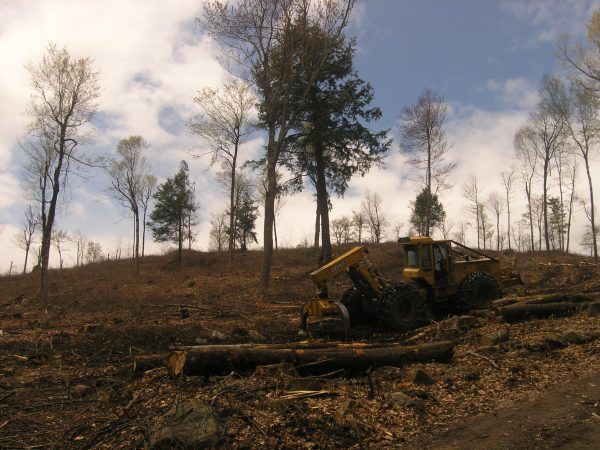 When we think about a bird’s nest, we usually conjure up the image of a cup-shaped tangle of twigs and dried grass, with perhaps some moss or strips of bark, cleverly placed in a bush or the limb of a tree.  Maybe that’s because these are the most visible types of nests, whose remnants are easily seen when the leaves drop each fall.  Nests of other birds a quite difficult to see, even in plain sight.  For example, the Piping Plover creates a just slight depression in the sand, and the Eastern Whip-poor-will nests directly on the forest floor, each with highly camouflaged eggs.

Yet another type of nest are those placed in the cavity of a tree.  Many common bird species are actually cavity nesters, including nuthatches, chickadees, titmice, bluebirds, woodpeckers and some owls.  Cavity nests provide protection from predators, shelter from weather events, and can be chosen with respect to the regional climate.  For example, in northern latitudes woodpeckers are known to orient their cavities south towards the sun, so that their young will stay nice and toasty in the nest. 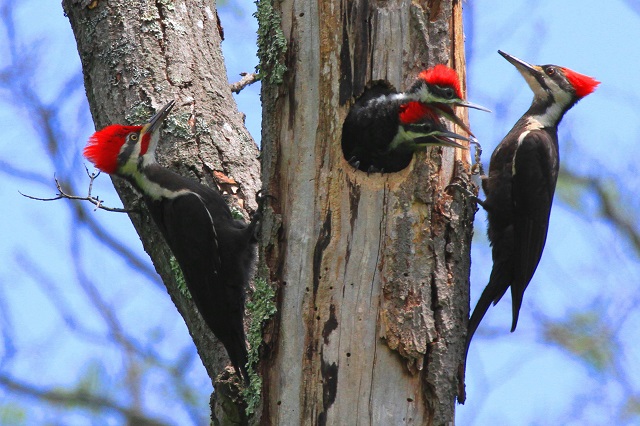 Woodpeckers are particularly important in the world of cavity nesters.  While cavities can occur naturally in trees, most species are poorly suited to excavate their own cavities, and often rely on holes created by woodpeckers.

Cavities usually begin with a fungal infection, which creates a soft inner wood that is easy to excavate.  This condition is most common in older dying trees, which eventually become dead standing trees (called snags) and continue to be a good resource for cavity nesters.  Unfortunately, dying trees and snags present inefficiencies to timber production, and a history of land clearing and forestry practices have limited snag numbers.  Meanwhile, populations of woodpeckers and other cavity nesters can suffer if there are too few cavity trees available.

The good news is that forestry can also help to increase the number of cavity trees.  For example, the maintenance of large dying trees and snags is promoted by Mass Audubon’s Foresters for the Birds program.  This program, a partnership between Mass Audubon, MassWoodlands Institute, and the Mass Department of Conservation and Recreation, provides assistance to landowners who wish to manage their woods for bird habitat with sustainable forestry practices.

Empowering private landowners is critical because they own the majority (75%) of forests in Massachusetts. 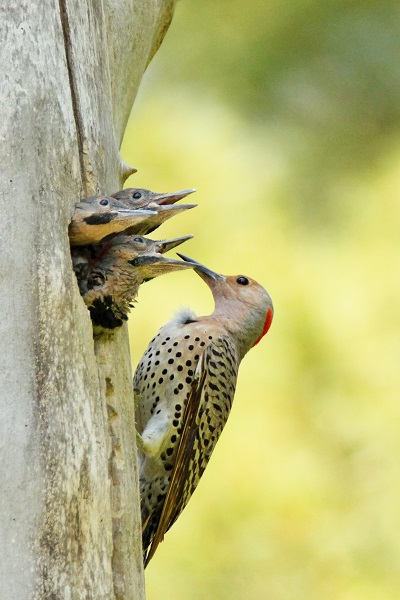