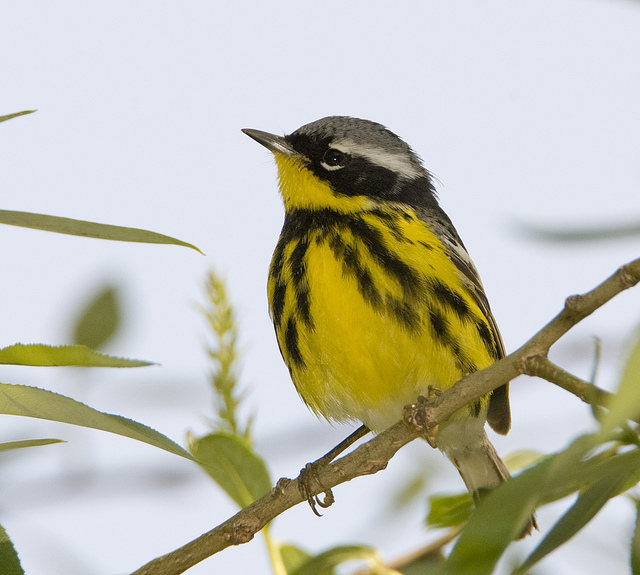 “The Magnolia Warbler is to my mind the most strikingly beautiful warbler that makes its home in New England. The Blackburnian with its orange front may be preferred by many, but that bright front is its chief glory, while the Magnolia Warbler’s beauties are distributed to every part of its graceful little form.”—Edward Howe Forbush, 1929

A favorite of early 20th century master birder, Edward Howe Forbush, the striking and distinctive Magnolia Warbler (sometimes called “Maggie” by birders) is an iconic breeding species of young coniferous woods. Indeed, this species breeds almost exclusively in boreal conifer forests dominated by spruce, fir, hemlock, and cedar. This might prompt one to wonder why the bird is named for a distinctively southern plant family. Alexander Wilson, the man responsible for many common names of North American birds, is the person behind this name. Magnolia Warbler is so called because this conifer-loving species was christened after Wilson first collected a migrant individual in a magnolia tree in Mississippi in 1810.

According to our second Breeding Bird Atlas, Magnolia Warbler has made steady gains in the central/west part of the state.

Magnolia Warblers often spend their winters on shade coffee farms. Shade coffee farms are important habitat for many birds—a discovery which spurred the creation of the Smithsonian Migratory Bird Center’s Bird Friendly certification. The next time you buy coffee, look for “Bird Friendly®” on the package. One popular brand is Birds & Beans, which can be found at some Whole Foods Market locations, our Mass Audubon shop, and a few other places. Search for a retailer who carries it near you here. We’ll be serving Birds & Beans coffee at the Birders Meeting.

Attend our Birders Meeting on March 19 to learn more about warblers. 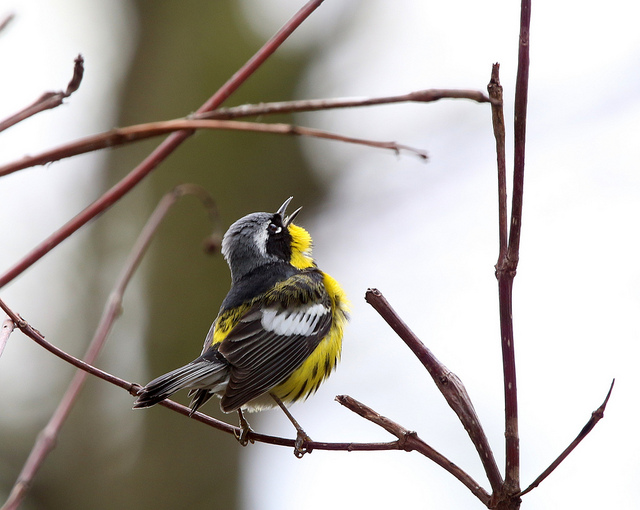