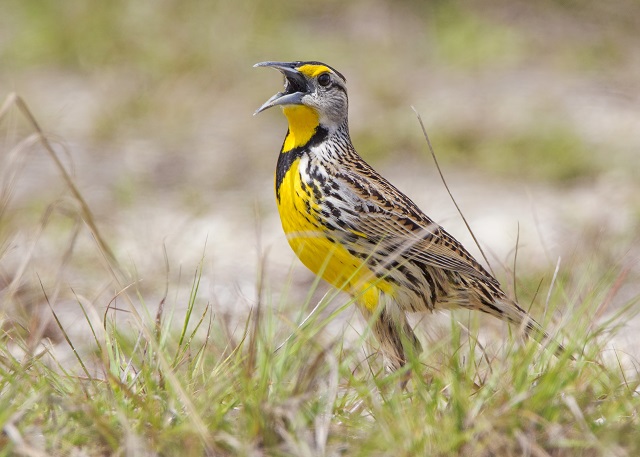 Calling all birders and bird enthusiasts!

We have launched a multi-year citizen science project to study Eastern Meadowlarks. The project aims to collect presence-absence data for Eastern Meadowlarks at randomly selected sites throughout Massachusetts from May 15 to June 15, 2017. Eastern Meadowlarks are in serious decline, both in Massachusetts and elsewhere in North America, and in order to better help this species we need to know more about their status in Massachusetts. The data collected through this project will provide valuable information about this species’ current distribution in the Commonwealth, and will form the basis for a better assessment of meadowlark habitat requirements and future conservation needs.

To get the information we need it is critical that we get help from citizen scientists. There are a lot of potential sites where Eastern Meadowlarks could be nesting, but there are only a few of us! The results of this work will help us develop models for use in evaluating potential sites that have not been visited.

Project data can be easily entered through the Anecdata website on a computer or in the field on a mobile smartphone device. The surveys required are simple and quick (10 minutes!) to do. We’ve provided our citizen scientist volunteers with “hotspots” where we specifically need a volunteer to do a meadowlark survey on three separate dates (with preferably at least 3 days in between each date) during the period of May 15 and June 15. Many of these hotspots will likely not have Eastern Meadowlarks, but knowing where Eastern Meadowlarks are not is just as valuable for scientific analysis as knowing where Eastern Meadowlarks are.

More information about how to get involved is available on the project website.

Not familiar with Eastern Meadowlarks? Check out our quick guide and listen to their song.