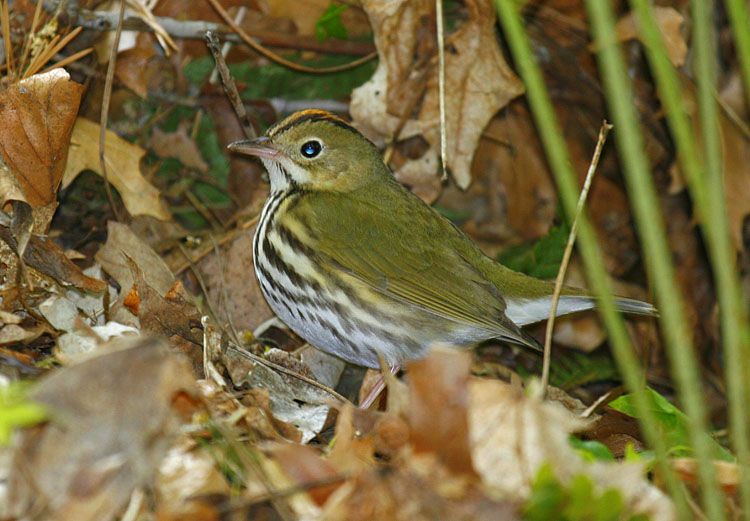 “Among them all, the most common and conspicuous was the Oven-bird. Its staccato song with its crescendo ending rang through the woods, seemingly the loudest of them all, and when I saw the pretty bird walking with its alert air along a log, putting its little head forward at each dainty step in a manner of a diminutive chicken, I was utterly captivated.”—Edward Howe Forbush, 1929

Though it looks and sometimes acts like a spotted thrush, the Ovenbird is a warbler. Its loud and oft-repeated call is a familiar backdrop in the spring woods, and, where many males all sing in close proximity, the din can be impressive. Like other birds of mature mixed forest, Ovenbirds were likely plentiful in the time before European ships landed on the shores of the “New World.”

As the forests began to fall before the fire and axes of the Massachusetts Bay Colony, the majority of Ovenbirds retreated to the remaining forests of the western part of the state until the widespread agricultural period was over. As large areas of contiguous mature forest have gradually returned, Ovenbirds have been quick to recolonize them. 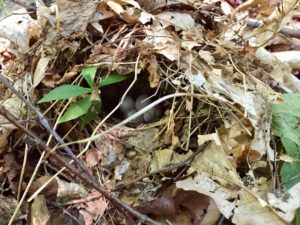 Like the Prairie Warbler we posted about last week, the Ovenbird is what we refer to as a “whispering bird”, because it’s breeding footprint in Massachusetts (according to our Breeding Bird Atlas 2) is stable or increasing, but the Breeding Bird Survey is showing significant declines for the species in the state.

Ovenbirds will often sing together with their neighbors, though they do not sing as a chorus. One male will sing, followed shortly thereafter by another male without overlap between the two. They may repeat their successive songs up to 40 times.

Attend our Birders Meeting on March 19 to learn more about warblers.