Earlier this summer two Bird Conservation staff members were fortunate in having the opportunity to enjoy Alaska’s spectacular wildlife and wilderness. Wayne Petersen and Lindall Kidd were birding in separate parts of the state, both for different reasons. 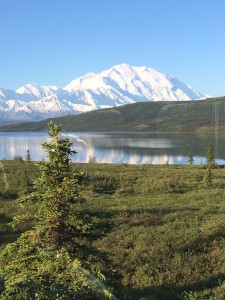 Seasoned Alaska tour leader Wayne Petersen led a group of enthusiastic Natural History Travel Program travelers on a trip throughout the state. Starting their journey in Anchorage the group gradually traveled north to Nome on the Seward Peninsula, then to spectacular Denali National Park, and finally to Seward on the Kenai Peninsula in South Coastal Alaska.

Wildlife highlights were many, including sightings of a fearless Gyrfalcon mother eyeing the group from a nest beneath a wilderness bridge at eye level, pods of Orcas gently rolling beside the boat in Resurrection Bay, and a Gray Wolf unconcernedly trotting right past the bus on the way into Denali National Park.

In Nome travelers had the chance to encounter an especially bold Muskox at close range, enjoy the thrill of picking out such cryptic species as a rare Arctic Loon and Hoary Redpoll among crowds of similar congeners, and thrilling at the sight of displaying Bluethroats and witnessing thousands of Black-legged Kittiwakes, Glaucous Gulls, Common Murres, Red-throated Loons, and literally dozens of jaegers of three species all in view at the same time gorging on spawning candlefish. On top of all this was returning to Anchorage from Denali after midnight because of delays caused by a forest fire!  A truly fine adventure.

You too can travel and help support Mass Audubon’s bird conservation initiatives by signing up for a Mass Audubon Tour. With trips from Mongolia and Spitsbergen to Tanzania and Chile, there is something for everyone. Check out our upcoming travel programs here.

Field Work In the Yukon–Kuskokwim Delta 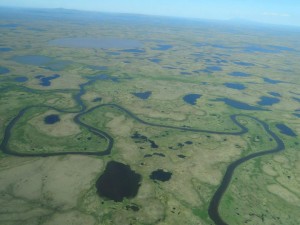 Lindall Kidd spent the month of June working as a field crew member in the Yukon Delta National Wildlife Refuge. The refuge, which encompasses approximately 19 million acres, hosts one of the highest densities of ground nesting birds in the world. In this bio-rich ecosystem, Lindall was collecting nest data on breeding waterfowl, most notably the threatened Emperor Goose. More than 90% of this species global population breeds on the  Yukon-Kuskokwim Delta.

The work was done as part of a 20-year demographic study of the Emperor Goose, with a particular focus on the survival and breeding consequences of climate variation, and wildlife disease.  This year light weight geolocators were attached to leg bands and fitted to 100 breeding females. These females will eventually return to breed near to where they were banded, thus allowing the geolocators to be retrieved. These electronic archival tracking devices will help answer some unknown questions about migratory and wintering patterns.

In addition to the magnificent Emperor Goose, other spectacular sightings in the area included a pair of Steller’s Eiders, Spectacled Eiders, and a Bar-tailed Godwit wearing a band and geolocator from a previous capture (most likely from a study taking place in New Zealand!). 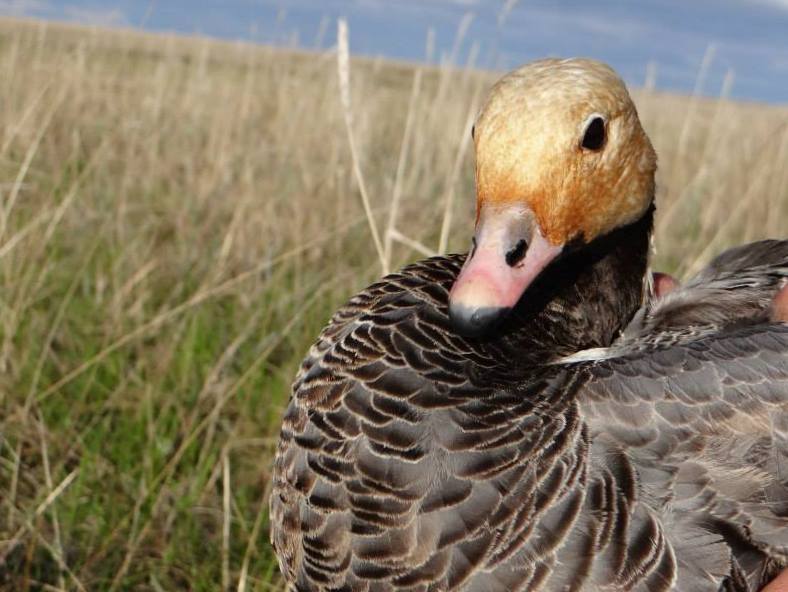 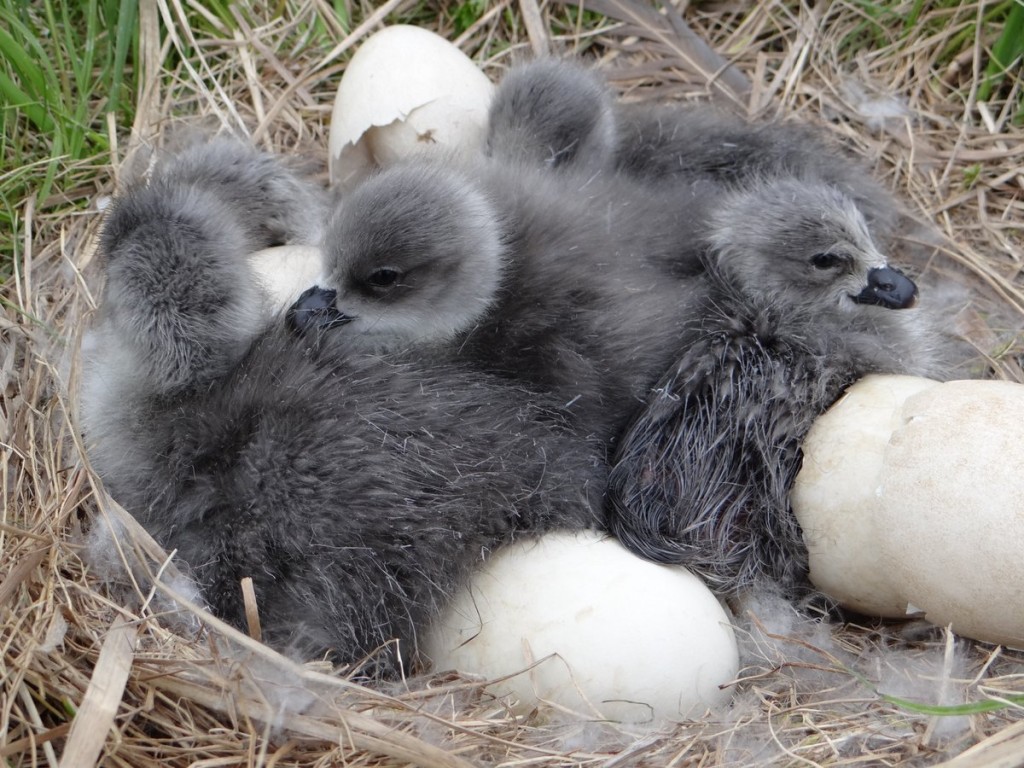