The days are long, the weather is warm and many birds are busy breeding. During these summer days, our Bird Conservation Staff have been busy collecting important data on breeding attempts by several species. Our Staff have traveled all over the United States monitoring breeding birds: from grasslands in Northern Maine, to fields in Cape Cod, and to river deltas in Alaska. 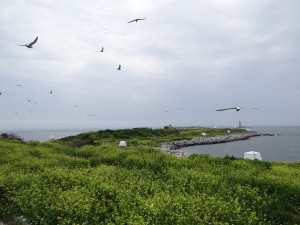 Recently, Joan Walsh and Lindall Kidd spent some time on Great Gull Island, located at the Eastern end of Long Island Sound. Originally fortified during the Spanish-American war, Great Gull Island is now defended by 9,500 breeding pairs of Common and Roseate Terns, making it the  largest colony of these species in North America – indeed in the entire North Atlantic.

The terns have been monitored here by the American Museum of Natural History continuously since 1961 and Joan has been helping with the project since the 1980’s. Helen Hays has directed the restoration of Great Gull Island’s terns, and this year recieved an honorary Ph.D. from the University of Connecticut for her work, and Mass Audubon was proud to write a letter of support for than honor.

The breeding season on Great Gull offers the unique opportunity for researchers to band adult terns and their chicks at the nest. Each year on the island, a uniquely identifiable metal leg band is placed on over 10, 000 individuals, mostly hatchlings but some adults also get new ‘bling’ each year. These bands allow survival and recruitment rates to be monitored and can be used to collect data on why population numbers are changing. Such data are particularly crucial for Endangered species such as the Roseate Tern.

In addition to assisting with banding, Joan studied the feeding patterns of Common Terns in order to investigate the consequences of changing fish stocks and feeding behavior. One of the nests Joan was watching belonged to an adult previously banded while wintering in Argentina — a perfect illustration of the usefulness of banding! 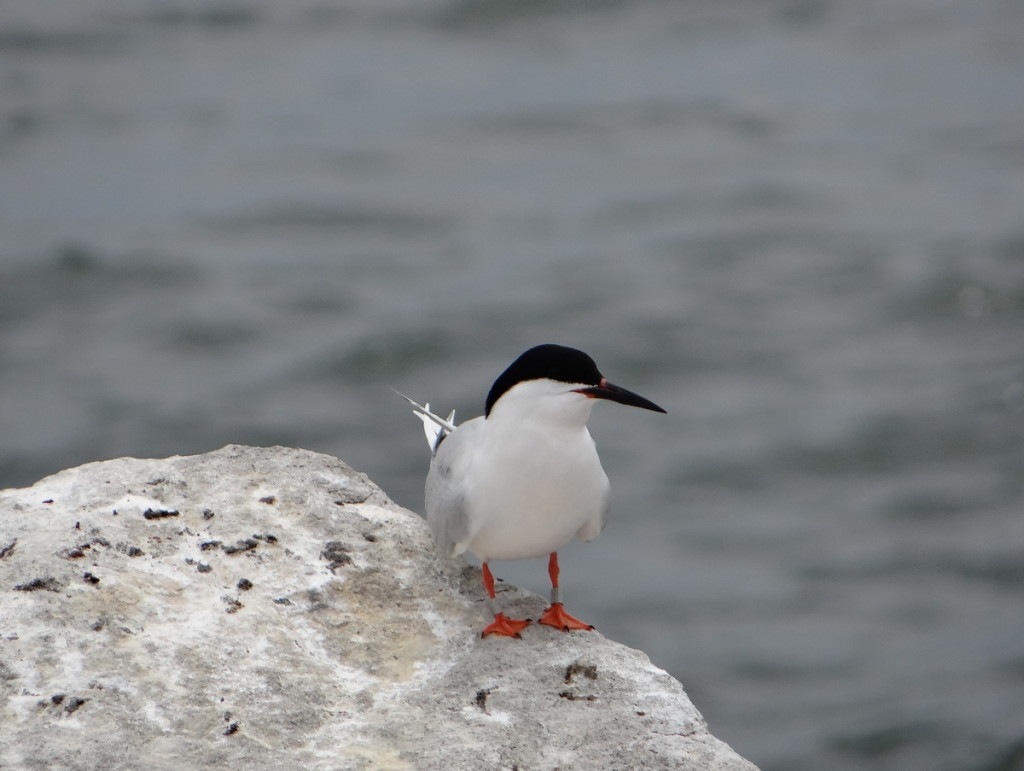 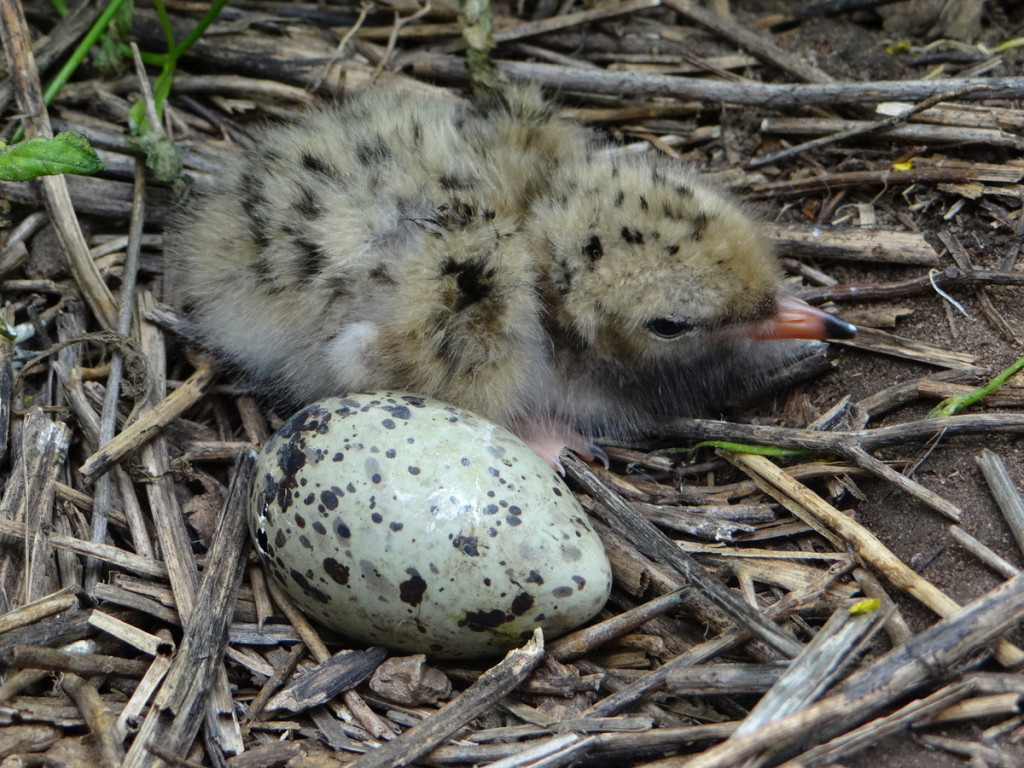