Drumlin Farm recently welcomed our newest animal ambassador: a curious and rambunctious red fox! This male kit (young fox) was found alone in an Illinois cornfield last spring. After being examined by a vet, it became clear that his vision issues make him unable to survive on his own in the wild, but a wonderful candidate for Drumlin Farm. Our animal care staff drove to meet the wildlife rehabilitation center at a halfway point—in Ohio—and brought him back to his new home in our New England Wildlife Explorations exhibit (NEWE). 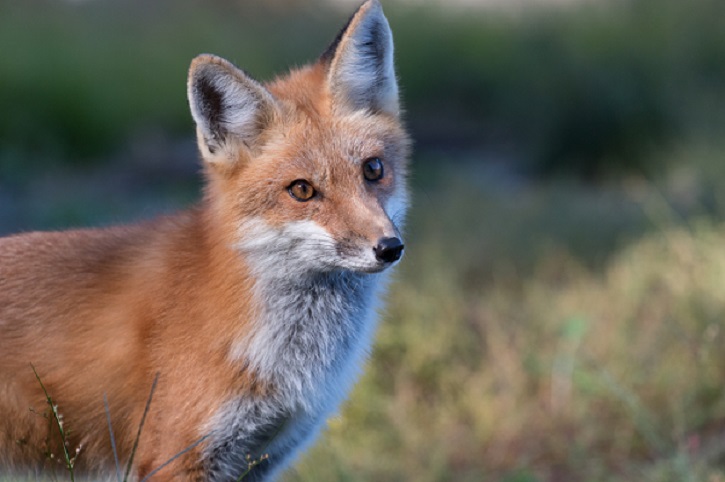 We’re happy to announce that the fox is now healthy and active, settling into his new home well. While he was originally found dehydrated and malnourished, he’s now enjoying quick scurries through his enclosure, along with a full omnivore diet of mice and veggies. Our Wildlife Care Staff did their usual amazing job in slowly introducing him to his pen using positive reinforcement. He’s joined the team of animal ambassadors at the farm, where his presence acts as an educational tool for visitors to learn about local wildlife.

Red foxes are generalists, so they’re found in a large variety of habitats and aren’t picky about their food. They adapt very well to new environments and can be found in forests and grasslands, as well as in cities like Boston. Check him out, along with other native animals, at the NEWE exhibit, where you can learn about the interrelationships of native wildlife in a New England forest/field edge habitat. You’ll see animals that the red fox would normally come across in the wild, like our cottontail rabbit, box turtle, and house mice.

The exhibit also features a “FoxCam”—a video stream of the fox’s inside pen, where you can speedily rewind and fast forward through the footage using a computer-controlled dial. This footage allows us opportunities to study the fox’s behavior as he adjusts to his new environment. Plus—it’s really fun to play with! He is in his “teenager” phase, so you’ll also see how much he loves to sleep.

While he would not have been able to survive in the wild on his own, he’s now thriving at Drumlin Farm. As an animal ambassador, he’s been given an opportunity to teach us about local wildlife and the natural surroundings we share. Stop by NEWE to say hello and welcome him to the farm.