We got lucky on Saturday: it only started pouring after the end of the farmers’ market. With that, customers were able to come out and bought up every last watermelon and cantaloupe! Thanks to the crew and volunteers who pitched in during Friday’s hot and humid market harvest. We would have been out there until dark had we not had extra help picking beans, peppers, tomatoes, and flowers.

But oh, that Saturday rain! We were determined to stay dry, and had both trucks parked close to where we were weeding so we could take shelter in a storm. When the skies opened up, I was already sitting in the driver’s seat expecting volunteers and crew to run for cover, as we had discussed. But no! Some casually put on rain jackets, and all worked on as the field turned white with the splash back from the pelting drops. The petulant words of replicant Pris in the movie Bladerunner crossed my mind—“Then we’re stupid and we’ll die!”—as I flopped into a puddle and started working alongside these determined and unstoppable humans. Instantly soaked through and accepting that fact, I noticed the warmth of the ground and how it heated the water pooling there. Then, when the rain stopped falling, I heard it continue to pour nearby. At first I thought the storm was slowly moving away; then I realized that the roaring sound was water filtering and falling through the leaves and pine needles of the trees in the woods at the edge of the field. I wish I had timed how long that lasted, but it was minutes not seconds, and I was reminded of the value of woods and unpaved ground, and how it wasn’t a love of food that brought me to farming, but a sense of alignment with what Thoreau wrote in his great essay “Walking”: “In Wildness is the preservation of the world.”

The possibility of preservation can arise through the communities that form around open spaces, farms, rivers and beaches. It was volunteering on a family farm in Iowa that changed my direction. And thankfully, Louise Hatheway foresaw the need to preserve Drumlin Farm as a gathering place for those drawn to agriculture and nature. 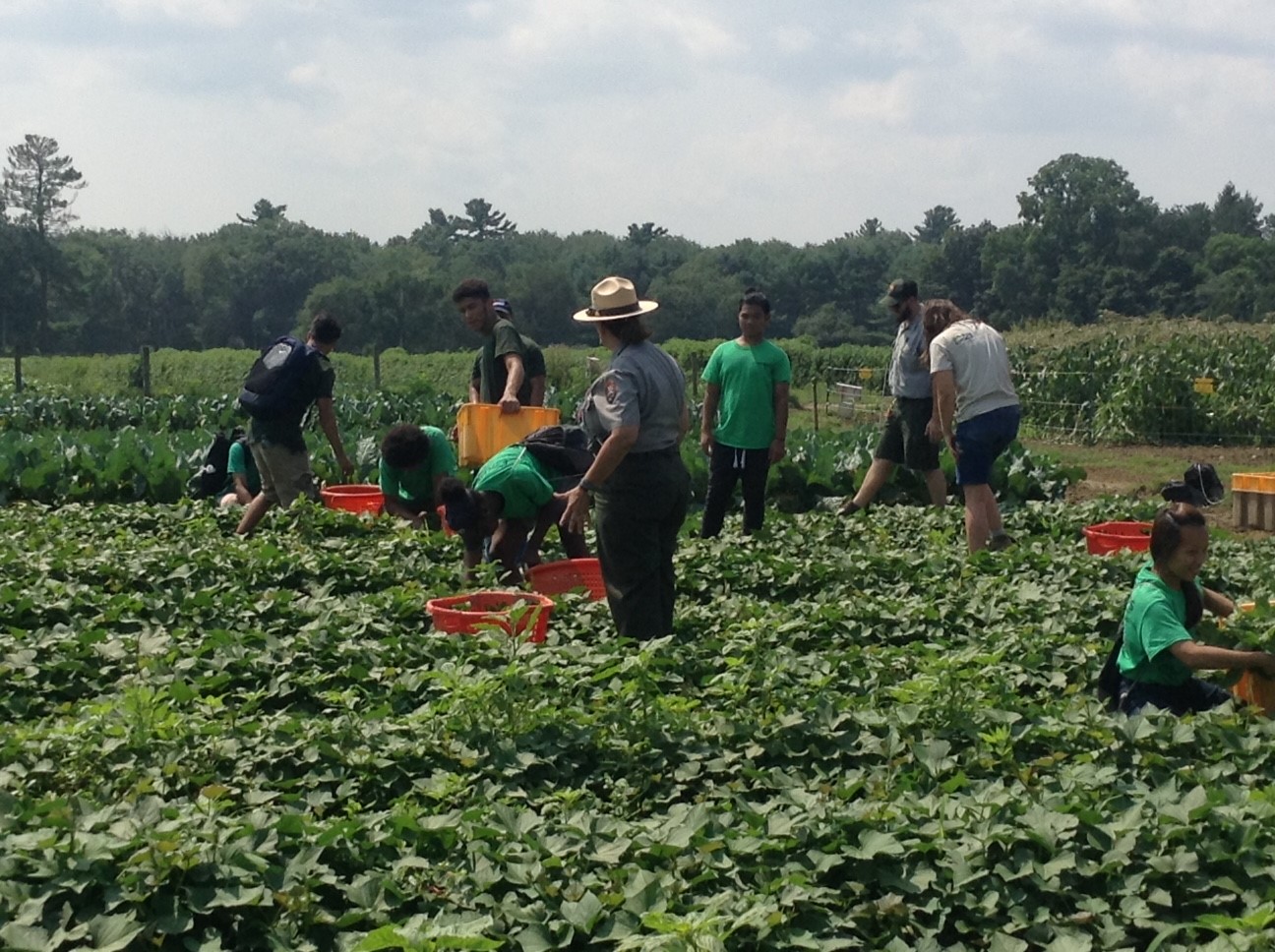 On Saturday, despite our soggy selves, six community volunteers and three farmers together harvested 800 pounds of spaghetti squash! And on Thursday, teacher-naturalist Sally Farrow once again welcomed Lowell high schoolers in the Spindle City Corps to the farm (pictured). These teens have spent the summer working for the park service. While here, they helped us weed, and they also spent time with the Wildlife Care and Livestock staff. Thanks, all, for making Drumlin Farm a magical meeting place where lives cross and are transformed.

Our Fall CSA begins in just 3 weeks! Register today to secure your share of fresh local produce throughout fall.