Despite their name, Eastern Meadowlarks are not larks, but are members of the blackbird family. These brightly colored blackbirds were once abundant, singing from atop fence-posts and telephone lines near Massachusetts fields. Unfortunately, this sight has become increasingly rare: Eastern Meadowlarks have suffered one of the sharpest declines of any species in Massachusetts. Data from our Breeding Bird Atlas 2, show that this species has disappeared from over 75 percent of its 1979 distribution. Their breeding range in Massachusetts is now very limited. 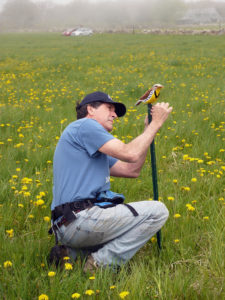 To take action, Bird Conservation staff are conducting field experiments to see if audio playback and decoys can be used to encourage Eastern Meadowlark to nest on former breeding sites. The use of audio playbacks (playing pre-recorded bird song), and decoys is an increasingly common conservation technique. In general, the songs or calls from individuals of the same species can indicate good habitat and encourage other individuals to settle and breed there too.

This technique has been used successfully in North America for over 20 songbird species. Last summer we experimented with audio playback systems at two of our Wildlife Sanctuaries. Read more about that work here.

This summer, we are focusing our efforts on Arcadia Wildlife Sanctuary. With over 200 acres of grassland habitat, Arcadia is an important refuge for grassland birds. Eastern Meadowlarks bred in Sanctuary fields in the past, but have not been observed breeding there for three years. Audio playback systems and decoy meadowlarks have been placed in fields at the Sanctuary and will remain throughout the summer. Keep an eye on this blog for progress updates. 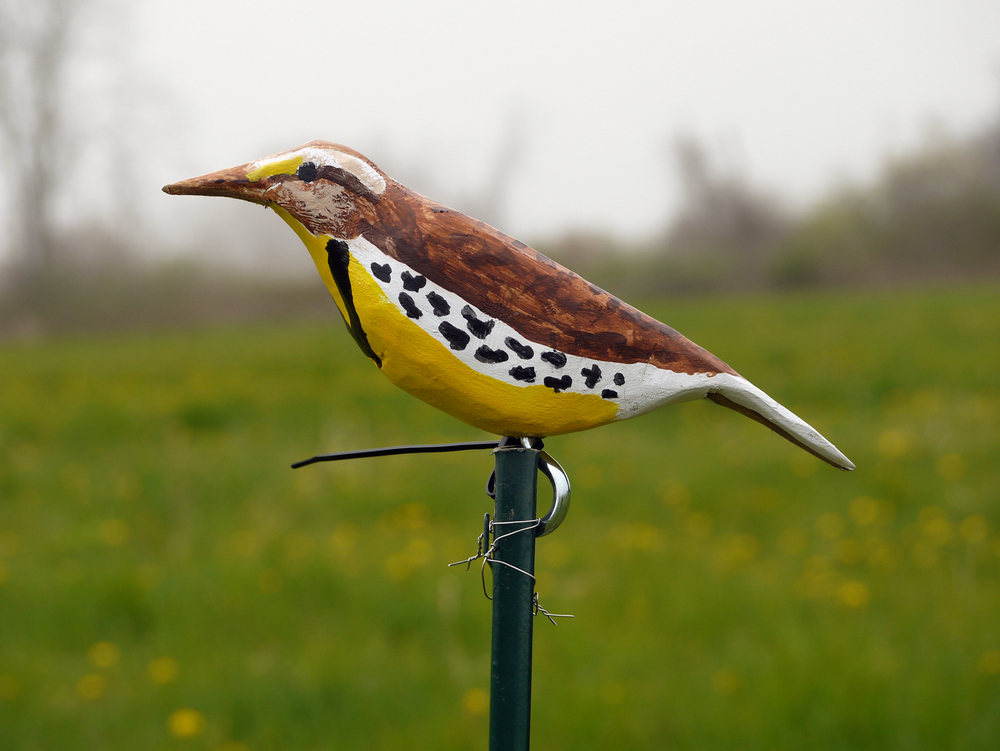 Eastern Meadowlark decoys like this have been installed at Arcadia Wildlife Sanctuary this summer, photo by Rosemary Mosco. 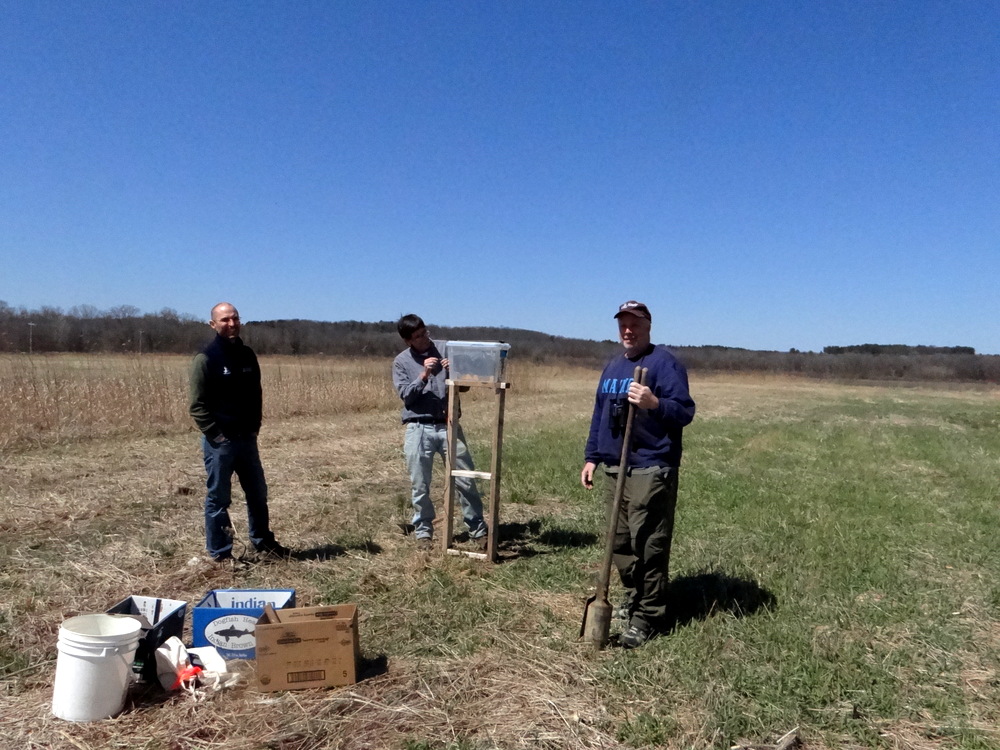