In addition to collecting data on bird-window collisions, Mass Audubon’s Avian Collision Team also generates many good stories that range from hopeful, to tragic, to simply strange. While most of the birds our volunteers found were dead, some were nursed back to health at the Tufts Wildlife Clinic. What follows is an account of one window-struck Chestnut-sided Warbler (Setophaga pensylvanica) that proved to be an emotional roller coaster for our project coordinators.

Part I: The warbler is alive

A dedicated ACT volunteer called up about a handful of window-struck birds outside a building facing the Boston Public Garden. Most were dead, but for a single Chestnut-sided Warbler. It was apparently sitting on the curb, visibly breathing, but injured. The volunteer was a little shaken up. Since they didn’t have a net or tools to safely catch the bird, I advised them to wait to see if the bird could fly off on its own before trying to catch it.

Part II: The warbler is dead

A few minutes later, the volunteer called back– sounding even more shaken. The bird had flown away, but just as it lifted off, it was caught in a gust of wind from a passing car and was struck by the fender. From the volunteer’s description, the bird was truly lifeless. The volunteer said they would take the carcass back to their freezer and eventually bring it to the Harvard zoology museum, where we had been depositing specimens for research.

“It’s alive!” were the first words out of the volunteer’s mouth on our third phone call within a half-hour. “The bag started moving!”

Stunned birds can truly appear lifeless, and in fact, many birds that hit windows are stunned, concussed, or go into shock before eventually shaking themselves off and flying away. But just because a bird can fly doesn’t mean it’s healthy. A broken clavicle or corocoid bone allows birds to make short flights, but prevents them from gaining altitude, halting their migration and making them an easy meal for predators. Any bird found stunned from a building impact is a good candidate for treatment at a wildlife care center.

The volunteer met Mass Audubon staff at a nearby T station to hand off the bird, which was taken to Tufts Wildlife Clinic.

The Tufts clinic graciously provides every animal with a case number, so its finder can call up to check on its condition.

While the bird was initially given an optimistic prognosis, we learned a few days after dropping it off that it had suffered untreatable head trauma. The bird had died.

While healthy bird populations naturally fluctuate enough to practically erase the effect of one birds’ death, there is no harm in trying to save individual lives. Naturally, most volunteers prefer to put in the extra effort involved in helping injured birds than leave them to die from an indirectly human-inflicted injury. It was sad not to be able to save this warbler, but we did successfully release a number of other birds, including Brown Creepers, Song Sparrows, Ovenbirds and Common Yellowthroats.

If you want to help monitor window collisions and ambulate injured birds, join Mass Audubon’s Avian Collision Team for its fall migration via this form!

Here’s an easy way for anyone living or working in Boston to help migratory birds: help monitor window collisions!

Mass Audubon is seeking new volunteers for the fall season of the Avian Collision Team (ACT). ACT is an initiative to collect data on bird–building collisions, and to rescue injured birds.

This spring, the team of birders, conservationists, and other concerned citizens observed 115 birds across 38 species affected by window strikes. This fall, and in coming seasons, we need to keep up the momentum and grow our dataset.

Window collisions are an under–appreciated source of bird mortality in the US, causing several hundred million casualties annually.

Birds struggle to distinguish reflections from reality, and often strike glass windows that reflect the sky or nearby greenery. City lights also confuse night-migrating birds, which use the stars to navigate, and which often land near sources of light pollution. Many window strikes occur as birds try to re-orient in the morning, after being drawn in to an unfamiliar concrete jungle.

The program runs from August 24–October 28 in downtown Boston. Volunteers need to sign up for 1-4 weekly shifts, Saturday–Tuesday, that can take place between 6-9am. Most shifts last around 30-60 minutes.

Carrying out ACT surveys can be an eye-opening experience, between watching the city as it’s waking up, discovering seemingly out-of-place warblers, buntings, and vireos, and occasionally saving the life of an errant, injured migrant. And once you’ve found your first few birds, a collector’s instinct sometimes kicks in, making the search all the more engaging. It’s like birding with a twist– a sense of urgency, purpose, and sometimes, a touch of sadness.

Calling all citizen scientists near Boston!

Window collisions are a surprisingly significant source of bird mortality in the US, causing several hundred million casualties annually.

Birds struggle to distinguish reflections from reality, and often strike glass windows that reflect the sky or nearby greenery. City lights also confuse night-migrating birds, which use the stars to navigate, and which often land near sources of light pollution. Many window strikes occur as birds try to re-orient in the morning, after being drawn in to an unfamiliar concrete jungle.

The Avian Collision Team (ACT) is a new volunteer initiative to get as much data as we can about building strikes in Boston. We want to understand the scale of the problem in Boston, where the trouble spots are, and which species are most affected.

The program runs from April 13–June 4. Volunteers need to sign up for 1-4 weekly shifts, Saturday–Tuesday, from 8 am to around 9 am.

We are looking for two kinds of volunteers:

2. Transport volunteers who can pick up specimens from monitors and bring them to a collection site at Harvard. Drivers will also bring occasional injured, live birds to Tufts Wildlife Clinic in Westborough as needed.

Similar programs have shown that in parts of some cities, there are practically no casualties. In others, certain buildings can kill a dozen birds a day during peak migration. Scientists have developed guidelines for what makes buildings especially dangerous to migrating birds, but they’re still pretty rough. The best way to know where and to what extent there’s a problem in Boston… is to check! 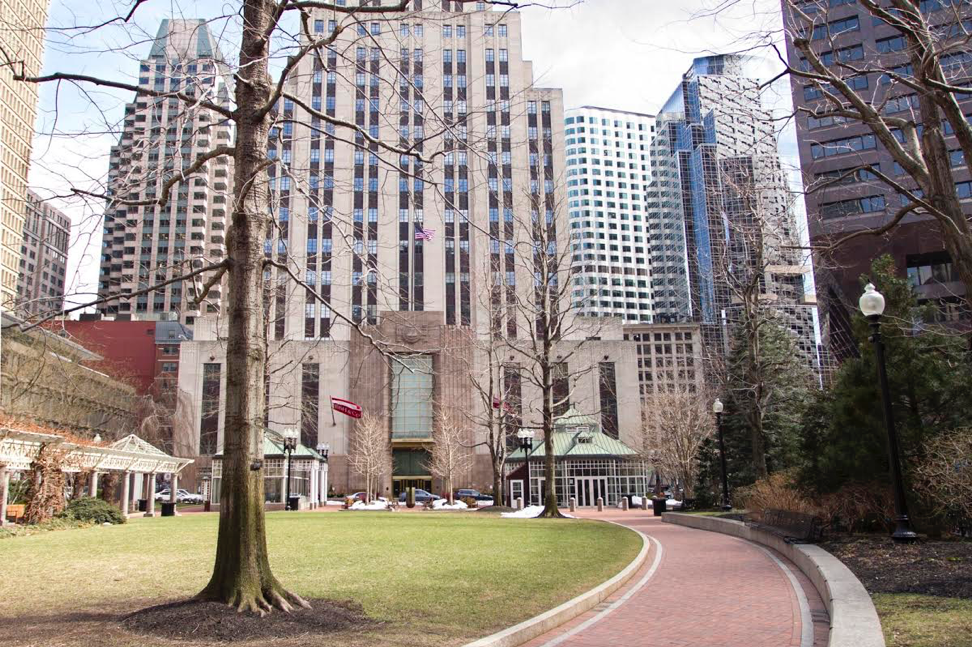