Noisy and full of personality, crows, ravens, and grackles are very noticeable. But telling them apart is a different story. So just how can you distinguish a raven from a crow from a grackle? And what makes these birds unique? Read on. 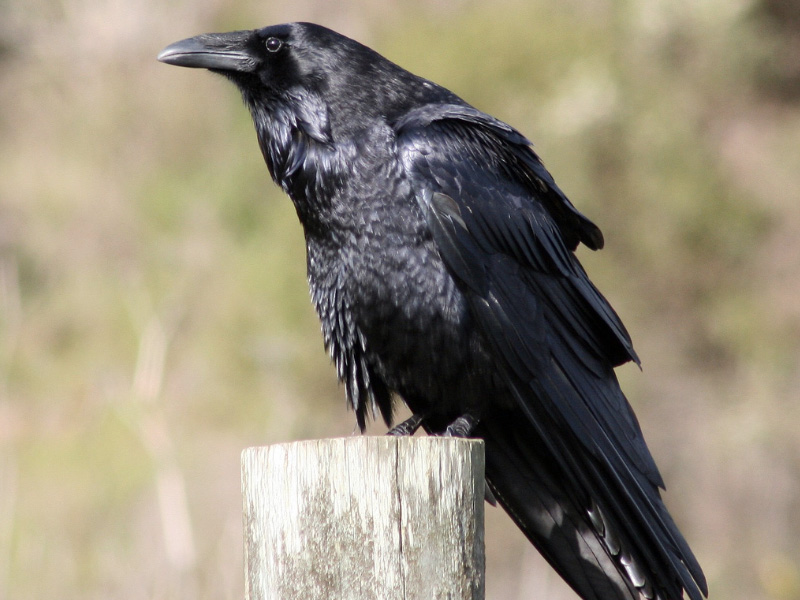 Lately, ravens are attracting a lot of attention in Massachusetts. First, Boston is abuzz with news of the October 2014 unveiling of the Edgar Allan Poe statue—complete with an enormous raven. And then there’s a webcam at Wellesley College that is broadcasting the nesting activity of a pair of ravens.

Ravens belong to the family Corvidae, as do crows and jays. Incredibly intelligent, ravens can learn to imitate human speech—and some have been taught to say “Nevermore!”

Common ravens once lived throughout New England, but European settlers saw them as lamb-killers and ill omens and did their best to exterminate them. The settlers also clear-cut forests, which was bad for these birds because they prefer to nest in undisturbed woods. By the 1800s there were few or no ravens in the region. As the forests have regrown and the birds have gained legal protection, ravens have staged a remarkable comeback. 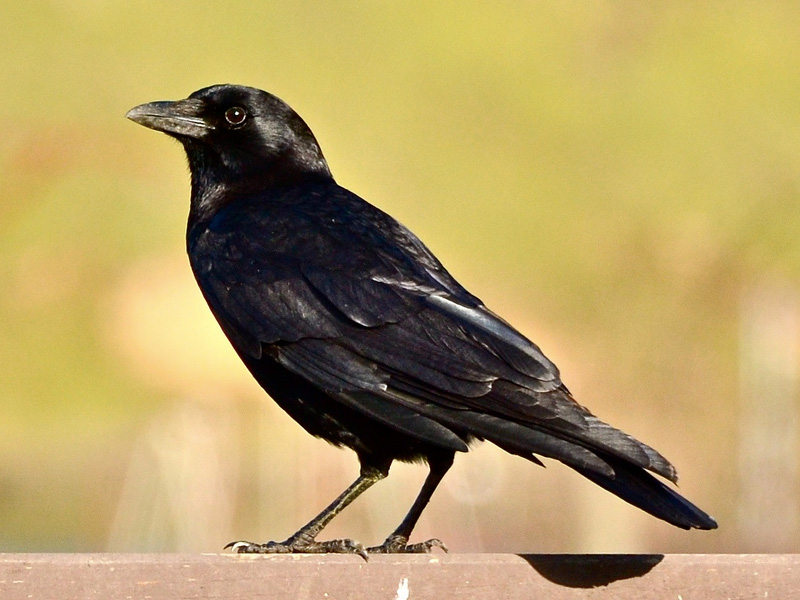 Early colonists also detested and hunted crows, but these smaller, more development-tolerant birds were never wiped out in the region. Crows are common across the state and in late fall and winter they often gather in huge flocks to roost. You may see one of two species of crows: American crows and fish crows. They look nearly identical, though fish crows are smaller, have a more buoyant flight, and make a distinctly nasal call.

Some tips for identifying crows: 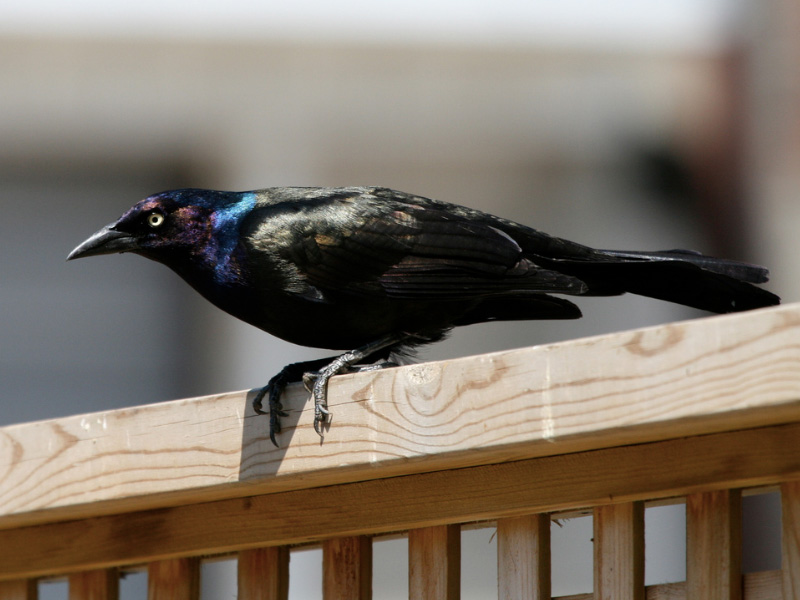 Despite also being targeted as pests, grackles managed to prosper after European settlers arrived. These birds tend to avoid thick, unbroken forests and readily inhabit settled areas. They’re members of the blackbird family Icteridae, as are many Massachusetts birds such as meadowlarks, bobolinks, and orioles. The common grackle is the only grackle species that breeds in Massachusetts.

Interested in honing your bird identification skills? Check out the resources on Birds & Birding on our website. Download backyard bird checklists, sign up for a bird walk with an expert naturalist at one of our wildlife sanctuaries, and learn all about the birds of the Northeast.

19 thoughts on “Raven, Crow, or Grackle? How To Tell The Difference”