You may be surprised to learn that owls can be heard in most neighborhoods and backyards, even in Boston and the near suburbs. Since many owl species begin looking for mates in winter and are at their most vocal this time of year, now is the perfect time to go “owling”—looking and listening for owls—either at a wildlife sanctuary or even in your own backyard!

…That there is no great secret to owling. The best thing to do, though, is to listen and study calls in advance. There are only a handful of species in Massachusetts in winter, so it is an easy group of birds to learn and listen for. Learn more about the eight owl species commonly found in Massachusetts and listen to recordings of their calls on our website.

Once you’ve got a few calls down pat, just go outside and start listening! Steer clear of windy nights because it can be hard to hear, and it’s best to avoid using a flashlight unless you need to since they can scare off the owls. For this reason, nights with bright moonlight are perfect for owling. 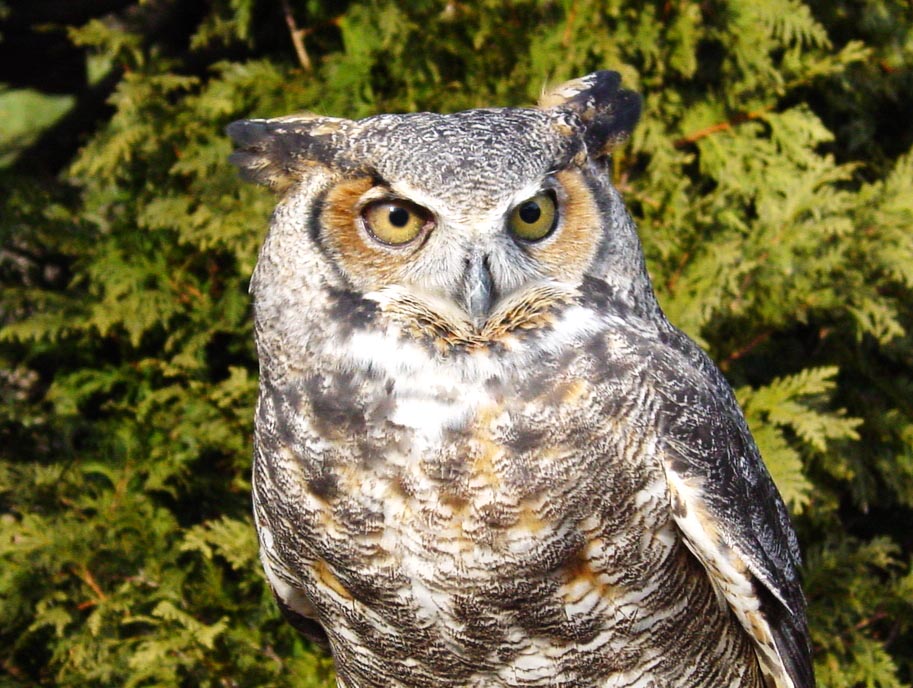 What to Listen and Look For

This time of year, you’ll hear great horned owls, found throughout most of the state, calling around dusk. If they duet (two owls calling to one another), they are likely courting. You can tell male from female by the pitch: the females tend to “hoo, hoo” at a higher pitch than the baritone males.

Screech owls will nest in Boston backyards and use nestboxes readily (of course, so do squirrels!). Ounce for ounce, they are among the toughest owls around. Barred owls, found in most of Massachusetts other than the southeast, will call during the day with their famous refrain of “Who cooks for you?”

Of course, snowy owls are in a category by themselves; these large owls breed in the Arctic, but can often be seen during their migrations in spring and fall. 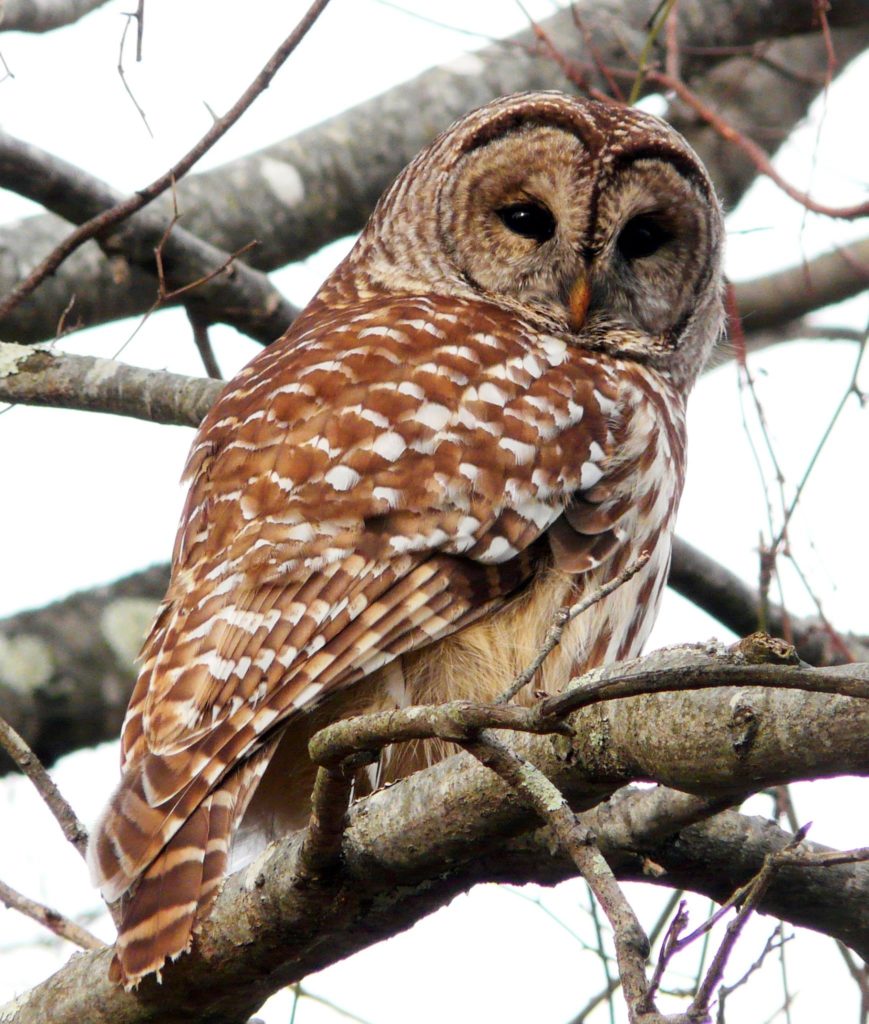 Once you start to hear owls regularly in the same place, you can look for nests and later for owl “pellets”—regurgitated bones, fur, and feathers from their most recent meal—and eventually downy chicks. If you manage to spot one, you can report the sighting using our online sighting tool. These reports provide valuable information about the owl population in the state.

Not ready to go on your own? You can always join an Owl Prowl program at one of our wildlife sanctuaries to benefit from the expert guidance of one of our naturalists. Happy owling!