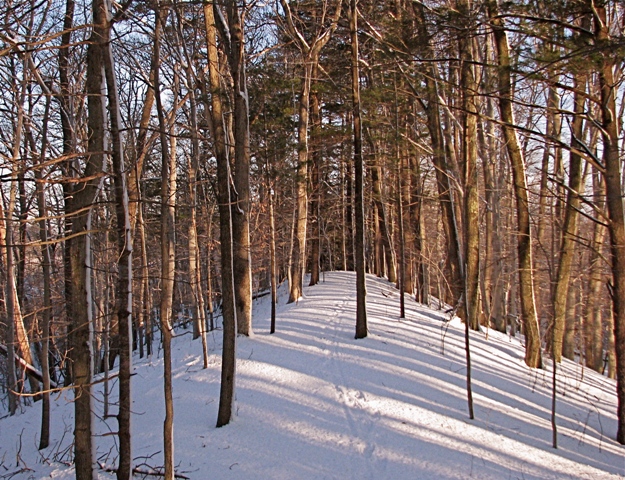 It may be cold now, but this polar vortex much of the United States is experiencing has nothing on our glacial history.

Thousands of years ago, an ice sheet up to a mile thick moved across Massachusetts, creating well-known features like Cape Cod, Walden Pond, Plymouth Rock, and even the drumlin that gives Drumlin Farm its name.

The Time of the Glaciers

Glaciers—huge bodies of ice that move across the landscape—have blanketed our state many times in the past. Although their causes are complex, one major factor is a regular shifting of the Earth’s orbit that changes how much sunlight or energy from the sun we receive. (Note that this natural factor isn’t the cause of today’s fast-moving climate change.)

Continent-wide glaciers are called ice sheets. The most recent one covered Massachusetts between about 22,000 and 14,000 years ago, scraping away the land right down to the bedrock. When it melted away, plants and animals returned from the warmer ice-free south. Some slow-moving life still hasn’t reappeared. For example, the glaciers destroyed native earthworms—all our earthworms are imports from Europe.

Glacial Clues To Look For

Massive sheets of ice in motion leave behind plenty of evidence. Here are six of the many signs you can see:

1 thought on “Our Icy Past”