Do the words “poison ivy” make you itch? Not all people are allergic to the oil that’s found throughout this plant, but for those who are and who come into contact with it, the result can be weeks of misery. As a kid I had a bad reaction to poison ivy when I crawled through the undergrowth looking for a lost baseball. Since then I’ve learned to avoid it, and these skills have served me well across many years of blissful, rash-free hikes. Here’s what to look for. 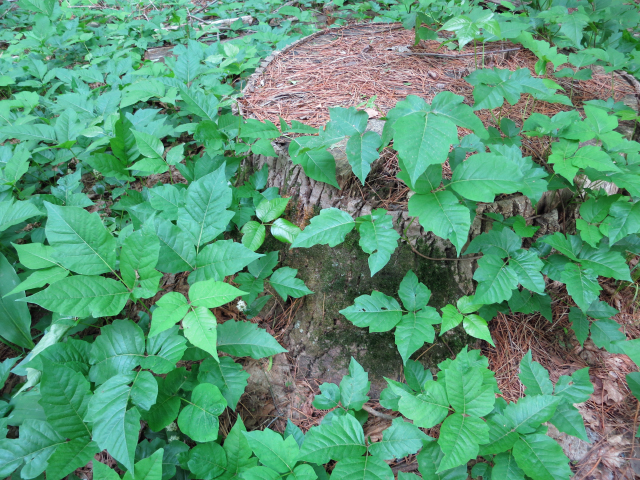 As a result, you may see poison ivy at almost any height, from your toes to above your head. 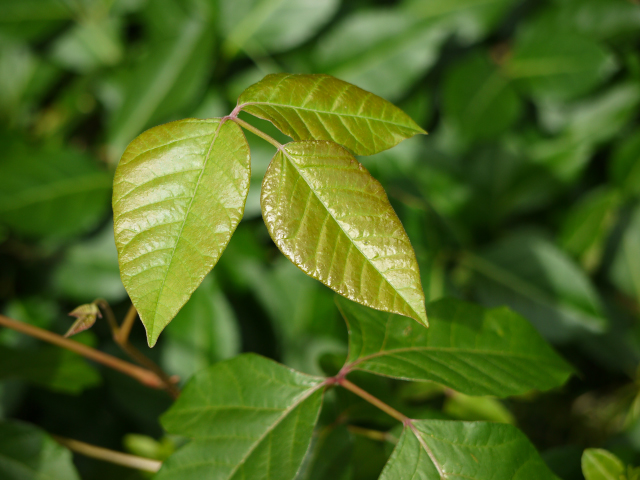 Luckily, that familiar rhyme “Leaves of three: let it be” holds true: all of its leaves have three separate leaflets (unless some have been eaten). However, many harmless species also have clusters of three leaflets.

To tell poison ivy apart, look for these features: 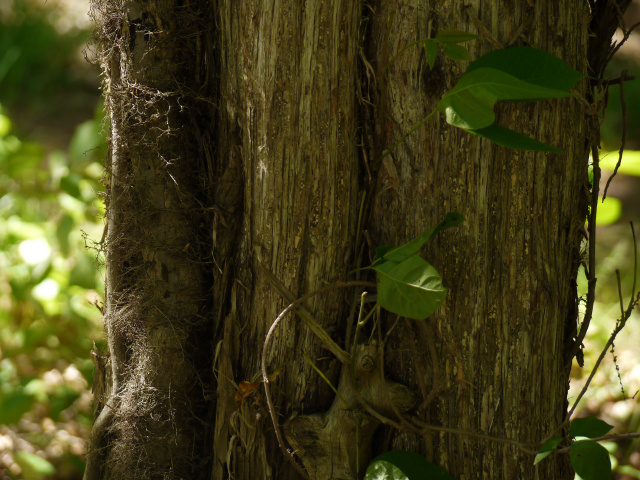 A furry poison ivy vine (at left) climbs a tree.

Even when the leaves die back, the vines can still cause a reaction if touched. Note that poison ivy vines are “hairy”—they’re covered in thin roots that help anchor the plant to the thing it’s climbing. In fact, another one of the many rhymes associated with this plant is “Hairy rope, don’t be a dope.” A few other vines have a hairy appearance, but most of our native vines don’t. 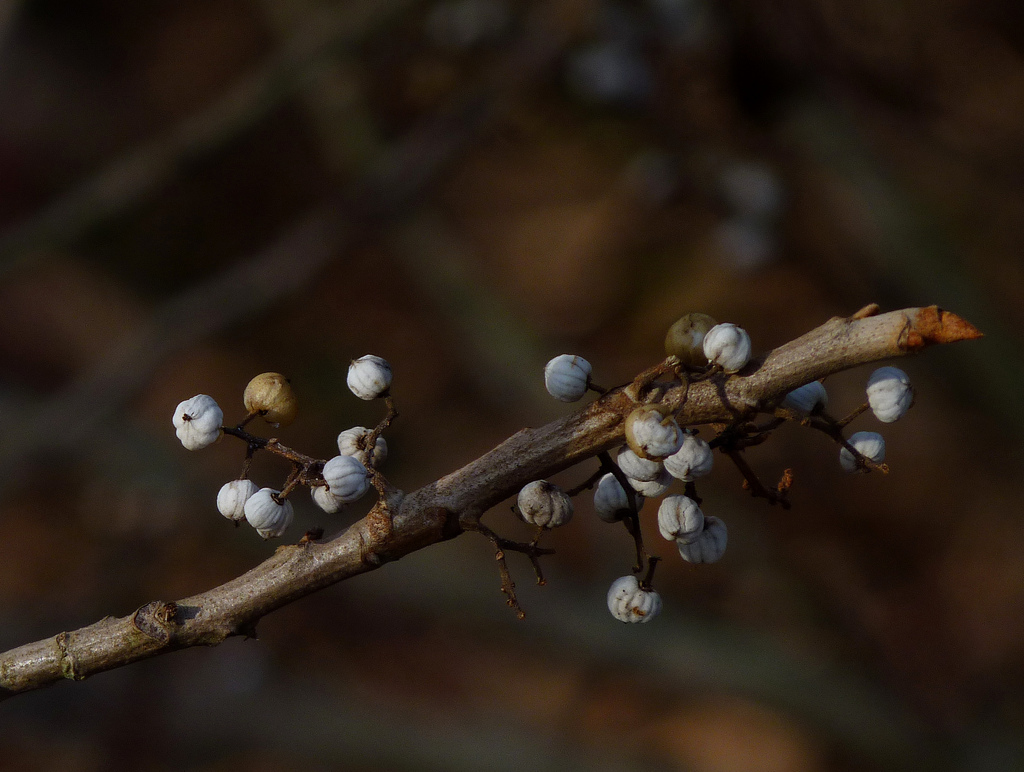 In the summer and fall this plant will grow small clusters of green-white berries. These fruits will often stick around during the winter. 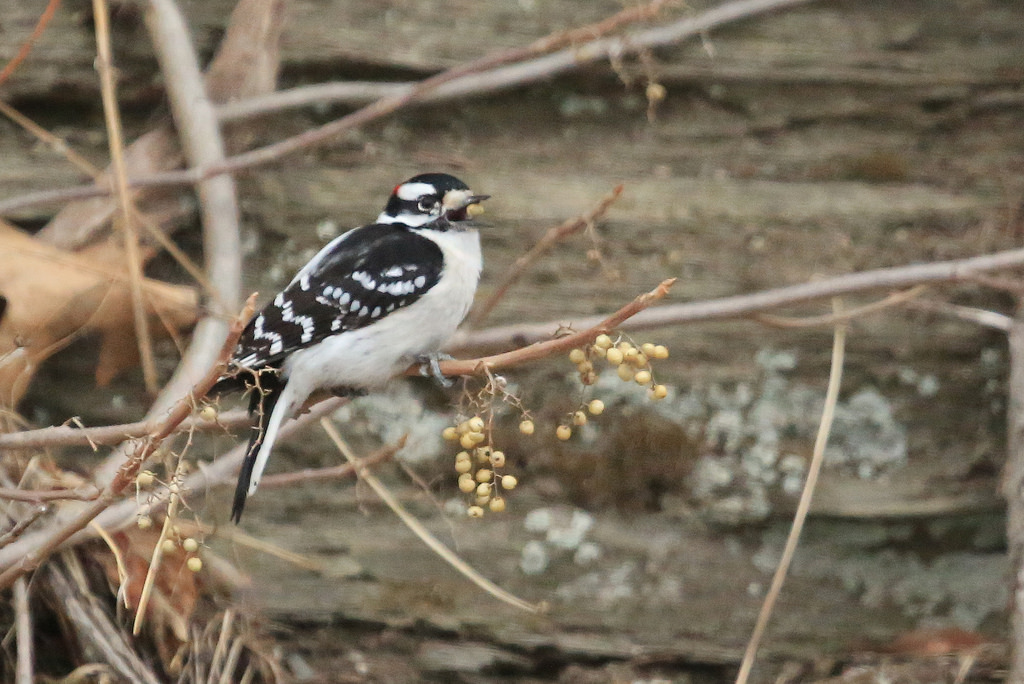 Even though poison ivy can be a (literal) pain for humans, it’s a boon for other animals. Some creatures, such as cottontails and deer, eat the leaves. Even the goats that live at some of our wildlife sanctuaries enjoy a meal of poison ivy. Because the berries persist through the winter, they give birds a food source when times are tough. Insects pollinate the flowers and chew on the leaves, too.

Poison ivy also has several plant relatives that people find delicious. It’s a member of the Anacardiaceae family, which is also known as the cashew family and includes pistachios and mangoes. In fact, the shell of cashew contains a chemical similar to the one in poison ivy that causes skin irritation.

What To Do If You Touch It

Some people, such as our property managers, have no choice but to touch the plant. You can read about one property manager’s approach at our Wellfleet Bay Wildlife Sanctuary. Here are some quick tips:

Do you have any favorite tips for identifying poison ivy?

14 thoughts on “The Many Faces of Poison Ivy”