The end of summer brings a new kind of beachgoer: waves of shorebirds that stop by Massachusetts beaches as they migrate south for the winter. This spectacle began in early July, and though we’re nearing the end of its peak (mid-August), it will continue through mid-November. 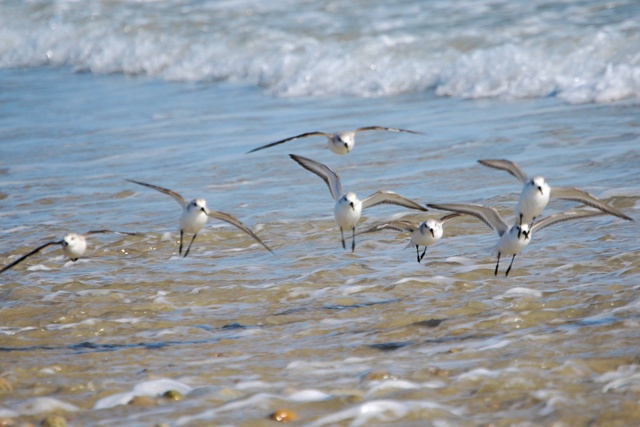 Migratory shorebirds can appear on practically any tidal wetland, but here are some of the better places to see them:

Away from the coast, any muddy pond or lake shore will also often host small numbers of shorebirds during migration.

While many shorebirds spend time in Massachusetts, here are five that you may see right about now. 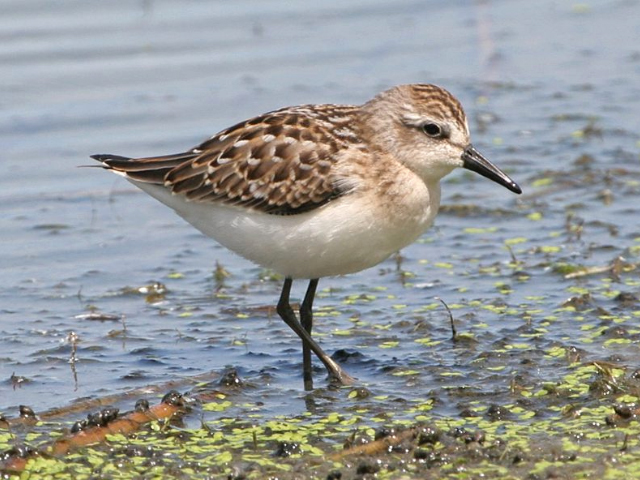 These sparrow-sized birds can be found on practically any beach during migration. They’re grayish above and white below, with black legs and a slightly curved dark bill. Though it’s usually impossible to see, their toes are partially webbed—a quality that gives them the name “semipalmated”.

These widespread birds undertake truly incredible journeys. They breed on the tundra from Labrador to Alaska, and many spend the winter on the northern coasts of South America and as far south as the southern coast of Brazil.

Careful observation may reveal two noticeable “pulses” of semipalmated sandpiper activity on our shores. As with many Arctic and sub-Arctic nesting species, the adults head south first, and the young birds strike out on their own a few weeks later. 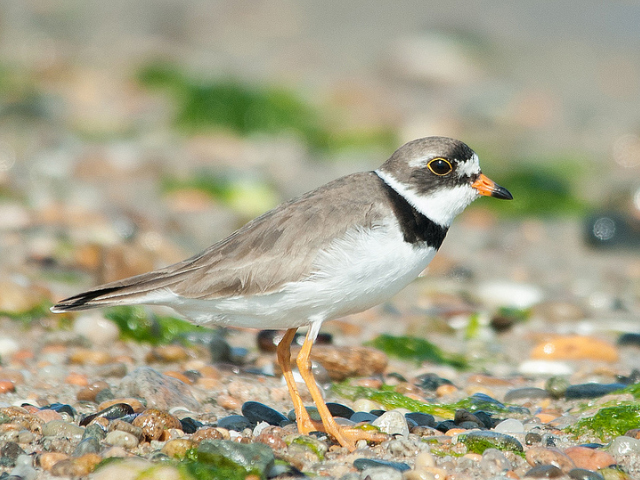 These cute round shorebirds look like smaller versions of the more familiar killdeer that breed in Massachusetts fields, but they have only a single black collar instead of two. Like all plovers, their beaks are stubby and their legs are yellowish.

Once again, their name comes from the partial webbing between their toes. They typically nest on gravel bars in sub-Arctic rivers and other flat ground in the far north. They spend the cold months on coastal areas from the mid-Atlantic states to Argentina and Chile in South America. 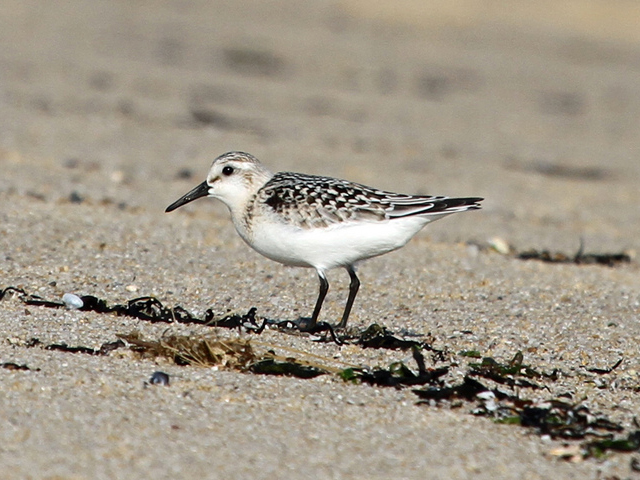 If you’ve ever delighted in the sight of shorebirds scurrying back and forth as they chase waves on a beach, you probably know sanderlings. These pale grey-brown birds characteristically follow ebbing waves as they quickly pick up small crustaceans and other marine creatures in the sand.

They nest in the high Arctic, and travel south to winter on both temperate and warmer beaches all the way to extreme southern South America. 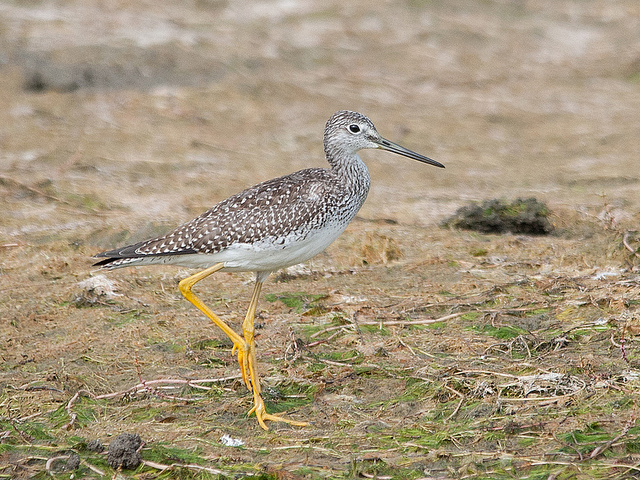 These tall, slender shorebirds and their slightly smaller relatives, the lesser yellowlegs, have—you guessed it—bright yellow legs. Greater yellowlegs are active feeders, and you’ll often see them wading along the shore or running in the shallows waving their beaks back and forth as they pursue prey.

They breed in northern Canadian bogs, and winter from the mid-Atlantic states south through South America. 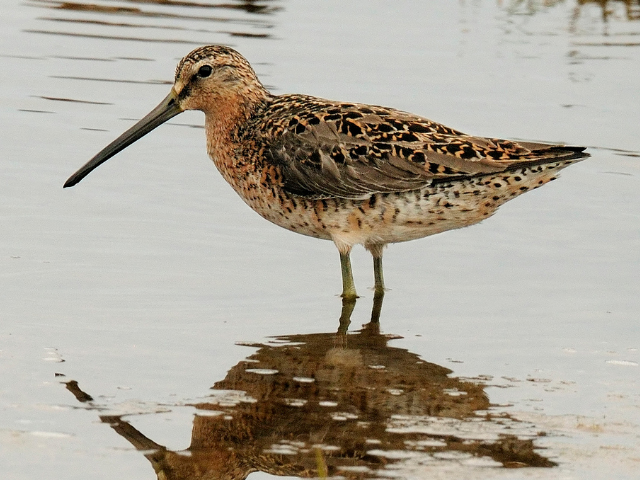 What’s in a name? These so-called “short-billed” birds actually have fairly long bills, though often shorter in comparison to their relative, the long-billed dowitcher.

Dark brownish-red with pale legs, they use their beaks to drill into the mud like sewing machines as they work the tide line in search of sand worms and other small creatures.

They can be found breeding up to slightly north of the tree line from Canada to Alaska, and they migrate to coastal areas from the mid-Atlantic states to as far south as southern Peru.

1 thought on “Catch the Shorebird Migration”