Nearly a month earlier than last year, the diamondback terrapin hatching season is coming to a close. We believe this shorter season is a result of the warmer than average temperatures this summer. However, even with the shorter season, with the help of our dedicated volunteers and staff, we found an impressive 257 nests across the sanctuary’s three intensively monitored sites–on sanctuary property and in Orleans– resulting in 1,561 hatchlings. 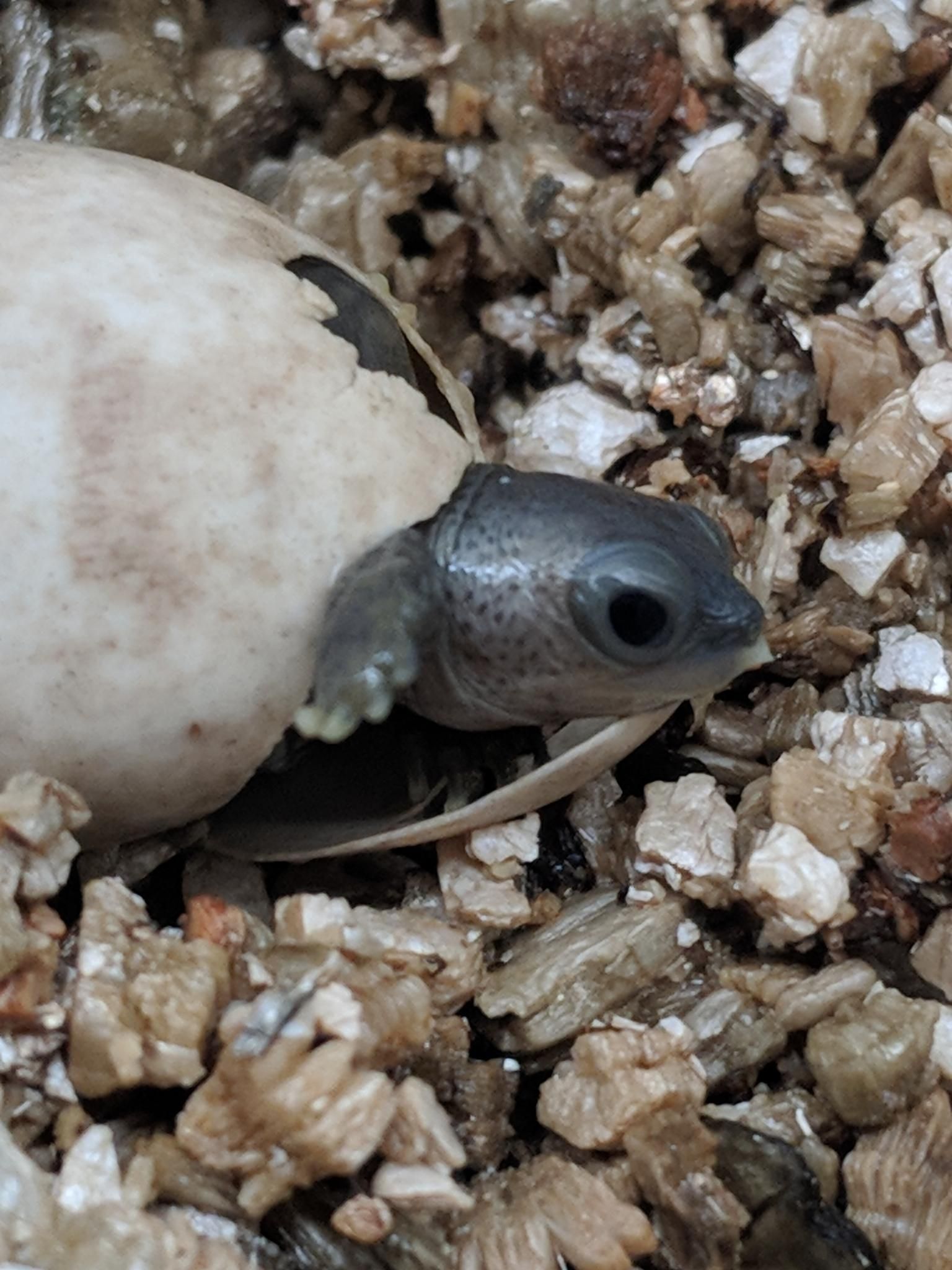 The nesting season’s payoff! A hatchling gets its first view of the world. (Photo by Maureen Duffy)

Those numbers may look big but they are down from last year when we had a total of 321 nests and released 2,358 baby turtles. Only our White’s Lane site in Orleans had an increase this year—160 hatchlings compared to 115 in 2017.

The drop in protected nests and successful hatchlings compared to 2017 could be the result of being at the bottom of what appears to be a regular three-year cycle of nesting highs and lows.

What accounted for our egg loss this season? There were more desiccated nests due to the unusually warm (hot) summer. And though we had little rain, when we had it, it came down hard! Flies took advantage of the wetness and laid eggs that became maggots, which seem to enjoy feasting on turtle yolks. Eight percent of our nests this summer were taken out by these fly larvae compared to just 3% last year.

But it wasn’t all maggots, dryness, and a busy fox on Lieutenant Island this summer. There were some gratifying moments. One of our favorites was when 9-year-old Ani St. Onge, the daughter of our assistant property manager, Aja Reeser, got to release hatchlings that came from the nest of a turtle that Ani and her mom had discovered run over on Old Wharf Road in June. 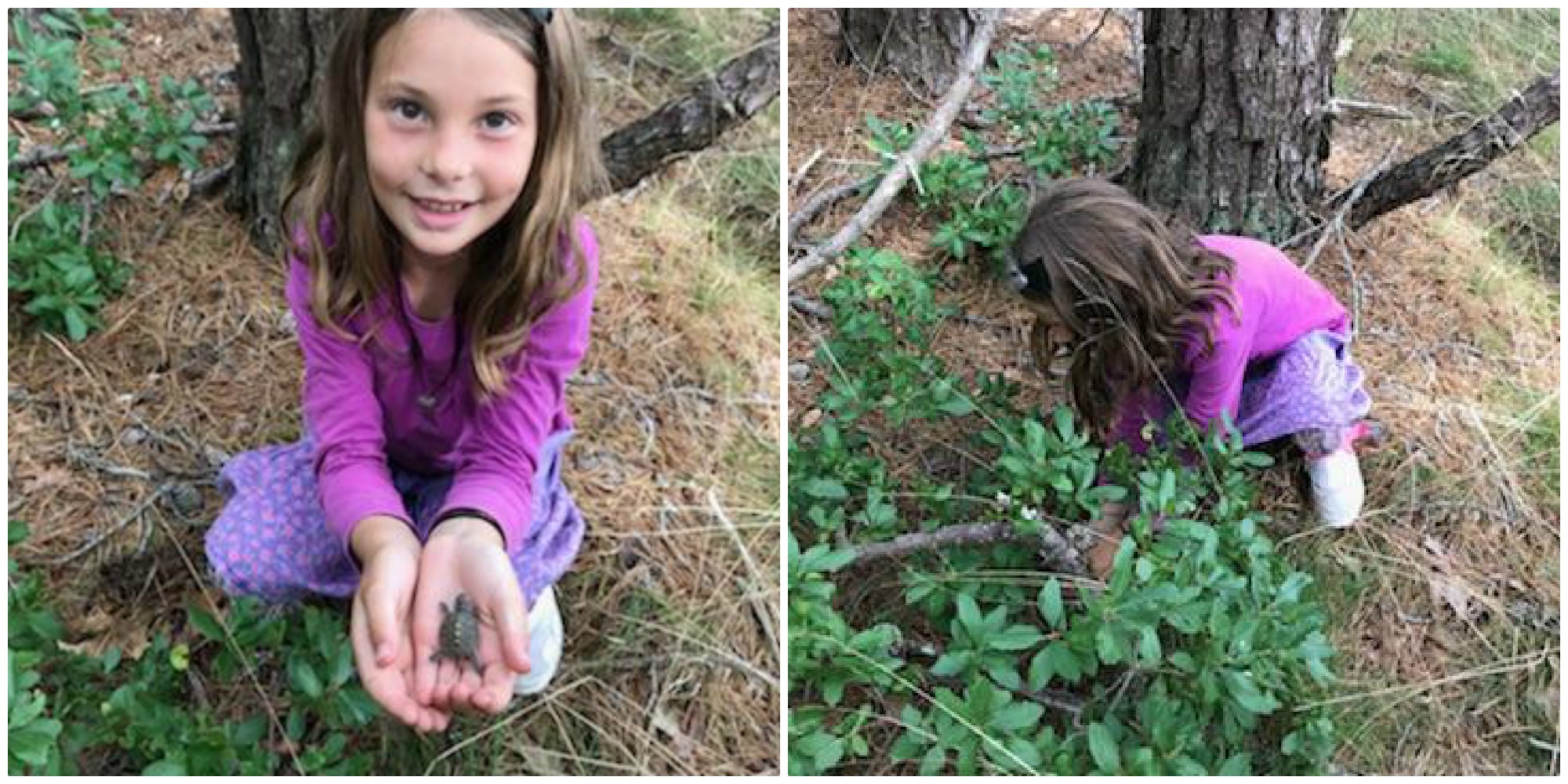 Ani St. Onge holds a ready-to-go hatchling from a hit-by-car turtle nest in Wellfleet. She then finds a good upland spot with vegetation for the little turtle to hide under. (Photos by Aja Reeser).

The season ended on a positive note at Lieutenant Island where the last three nests each yielded 100% healthy hatchlings–for a total of 36 new diamondback terrapins! 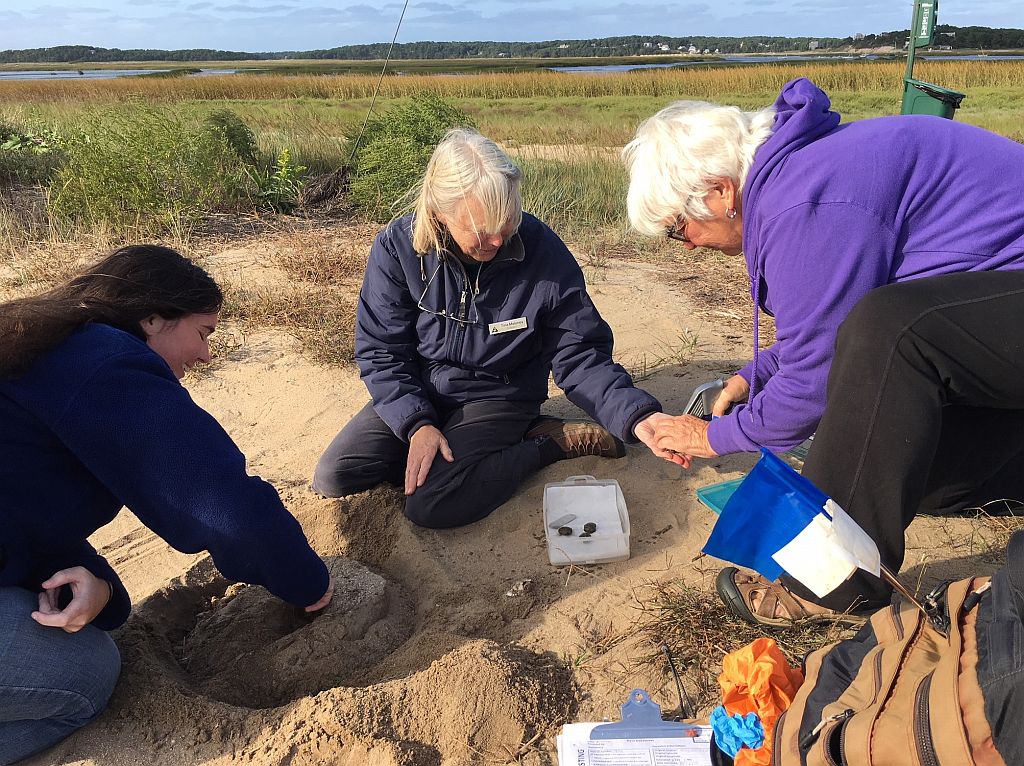 Thanks to Wellfleet Bay’s diamondback terrapin team–Becca Settele and Maureen Duffy– for contributing this post.