Piping Plover season is in full swing in the Outer Cape.  The past several weeks have seen the addition of three nests, the loss of three nests, and most recently, four chicks hatching at one of our beaches! 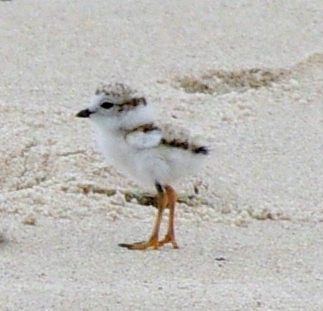 Nesting Piping Plovers face many threats and as monitors we’re doing our best to alleviate the stress on the birds as much as possible.  The most effective way we can do this is to fence in good nesting habitat.  The plovers’ best defense is their coloration which completely camouflages them as any plover monitor can attest!  Even when we know exactly what we’re looking for, it can seem almost impossible to spot a nest.  The fencing ensures that people walking on the beach don’t step on a well hidden plover nest. 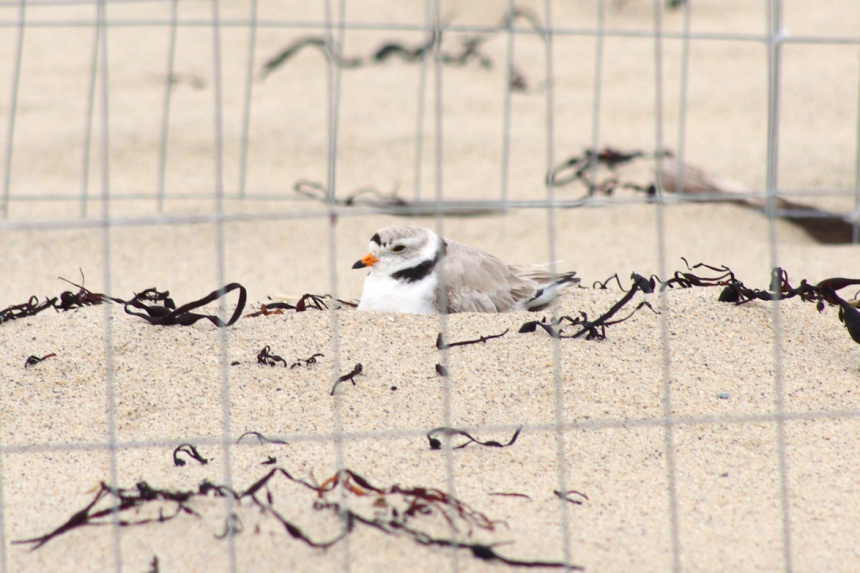 Along with human activities, plovers face many other threats.   Fox, coyote, crow, and even owl tracks can be seen frequently along the beaches.  All of these, along with other predators such as raptors, raccoons, and even domestic pets endanger the nesting birds.  We’ve already lost one nesting adult to a fox and an egg to a crow. 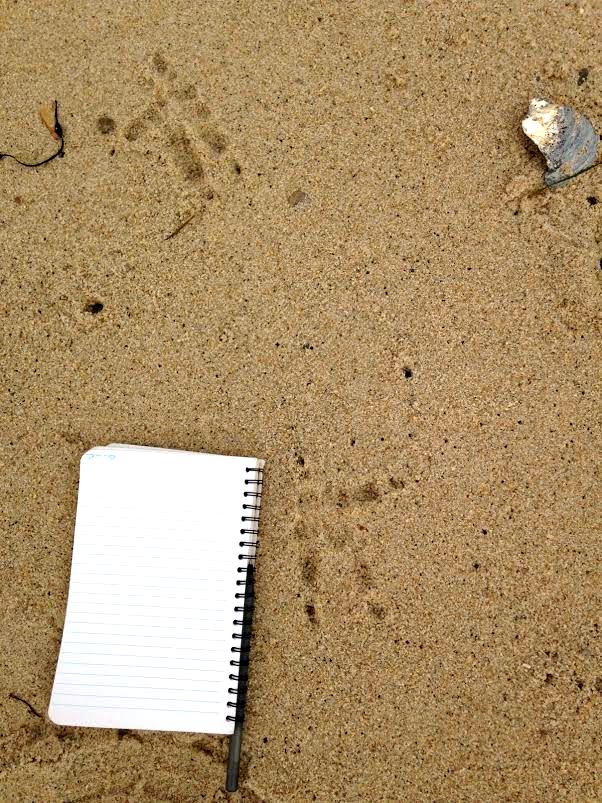 Despite all of the threats they face, one of our plover pairs at Crosby Landing has survived through 26 days of incubating and hatched chicks.  Now the hard part begins— the parents have to keep track of four active chicks!  Hopefully, our other nests will see the same success. 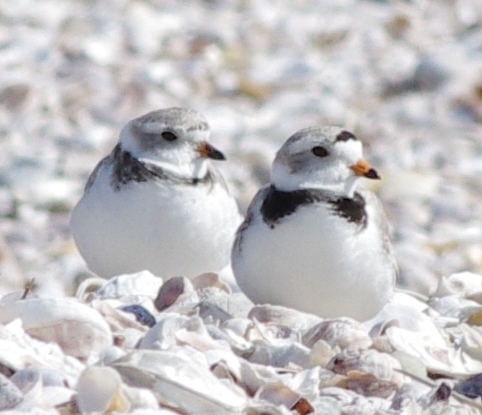 A plover pair: female at the left, male to the right (photo by Rachel Smiley)

Rachel Smiley will be starting her junior year at the University of Connecticut at Storrs. She is a Natural Resources major.