You get what you wish for when you attend Cape Cod Field Schools—or at least Ed Branson did when he attended the Hiking Backwoods and Beaches weekend in early June.

At the orientation session, in answer to the question about what participants hoped to do or experience during the course, the western Massachusetts resident answered that he’d like to see a turtle. Years prior Ed had attended the Turtles of the Outer Cape course which fueled his love of turtles. This hiking weekend wasn’t focused on turtles, but Ed was still hopeful; the trip leaders were guardedly optimistic. Maybe they’d come across an Eastern Box Turtle in the woods or, more likely, see a Painted Turtle by pond’s edge. 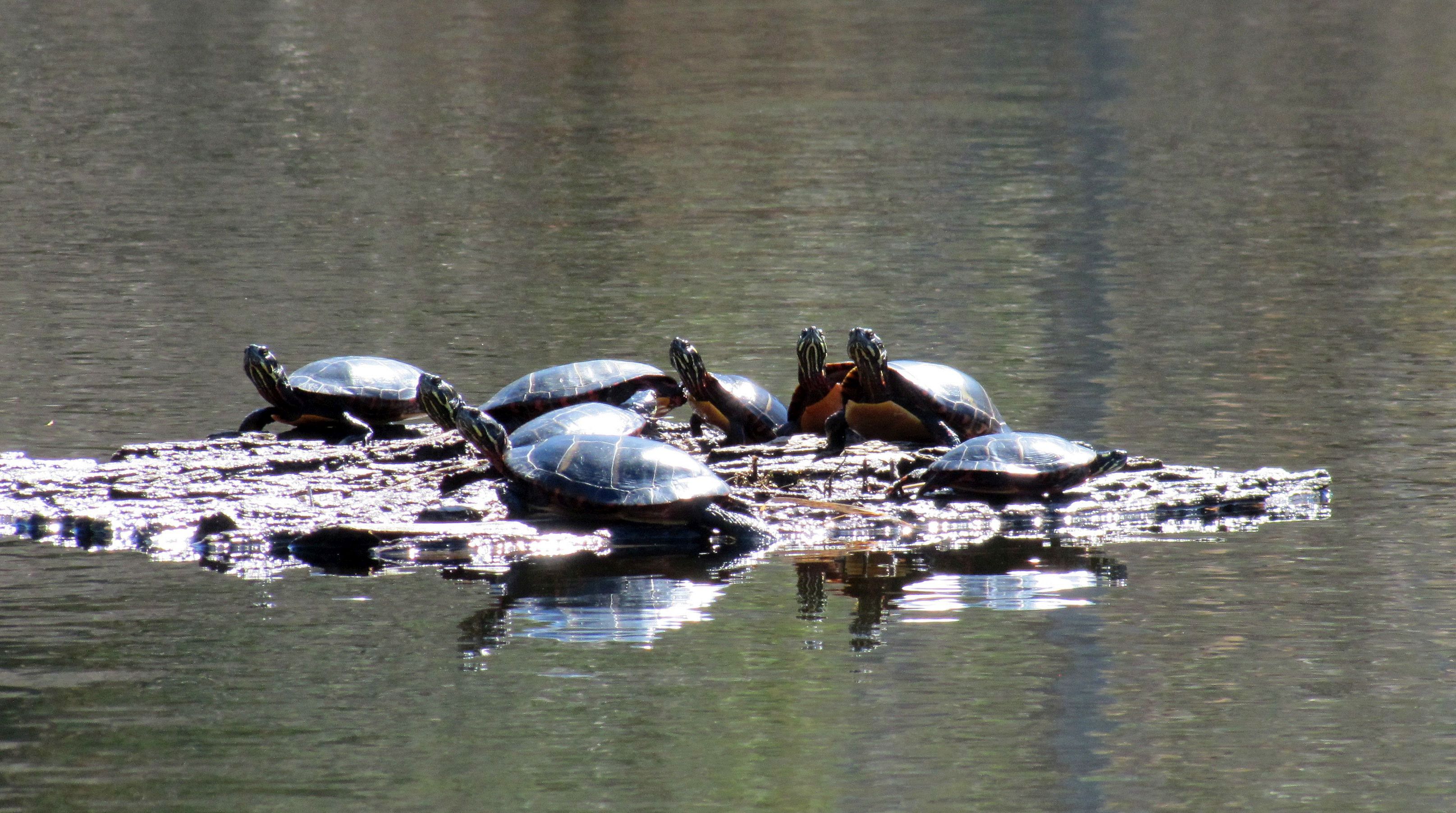 Day one hike, no turtle. Evening hike, no turtle. Not even the reliable Painted Turtles on Silver Spring made an appearance. And day two didn’t look promising either as the group was headed into the dunes and beaches of Provincetown—not the best turtle habitat.

But then, on his drive in on the second day, Ed spotted a Spotted Turtle crossing the sanctuary’s driveway. Thrilled, he got out of his car and helped it safely to the other side. Luckily, he was able to get a photograph of it before it crawled off into the underbrush. 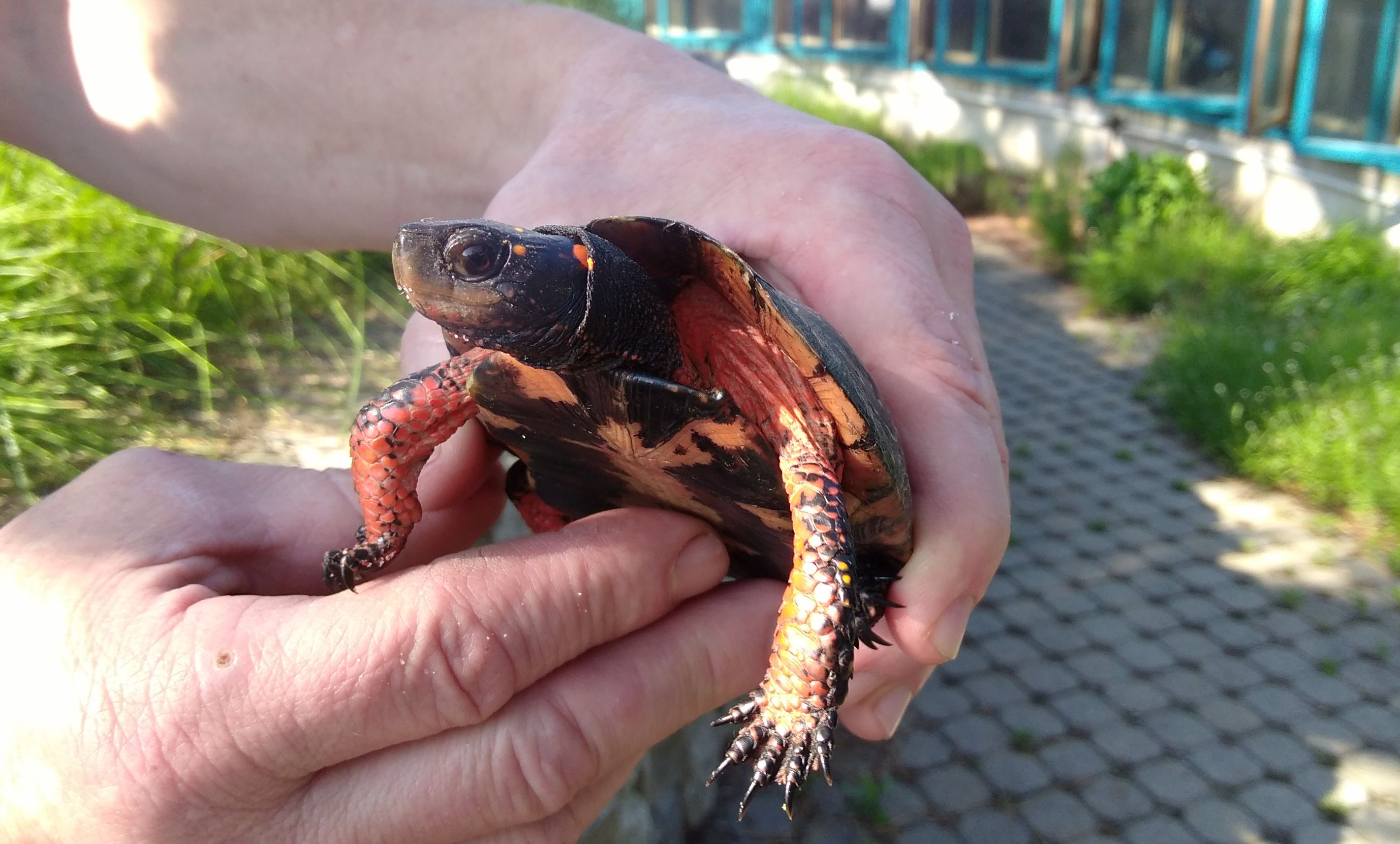 Ed’s unusual Spotted Turtle. This appears to be a male because of its brown eyes and lack of yellow coloring under the chin, which females have. (photo by Elizabeth Bradfield)

When Ed saw hike leader and Wellfleet Bay staffer Melissa Lowe shortly after, he told her of his encounter. She was pretty skeptical. Not because he didn’t seem like a nice honest, guy (on the contrary!), but she thought he had to be mistaken because Spotted Turtle records on the sanctuary are rare.

“Are you sure it wasn’t a box turtle?” asked Melissa incredulously.  But his photograph confirmed it. Filled with excitement, Ed and Melissa dashed off to the place the turtle was last seen and were lucky to relocate it just a short distance away. They brought it back for the other course participants to see, and for it to be weighed, measured, and recorded by staff before being released. 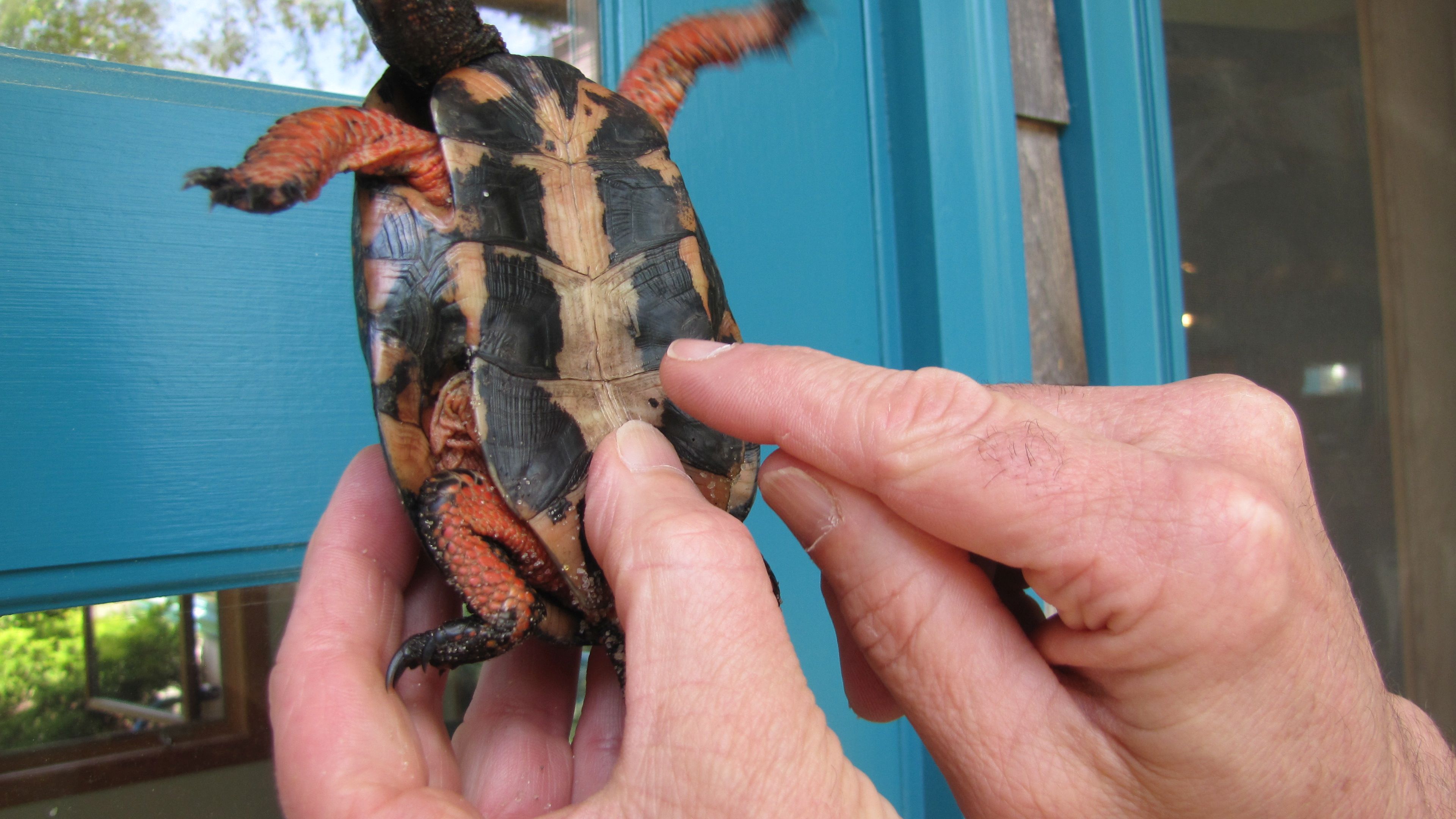 The Spotted Turtle has a beautiful tan and dark brown plastron.

Spotted Turtles (Clemmys guttata) are a small species that live in shrubby swamps, wet meadows, bogs, small ponds, vernal pools, and even slow-moving streams. They are one of the ten native species of turtles found in Massachusetts. Up until 2006, the Spotted Turtle was a state-listed Species of Special Concern and was like the Spotted Owl of the west, often halting or altering development projects when individual turtles were found in the area. It has since been removed from Massachusetts Endangered Species list, a decision some felt unjustified.

Sanctuary Director Bob Prescott recalls only three other confirmed records of “spotteds” on our sanctuary, one reported crossing West Road in the late ’90s and two sightings since 2000—one in Goose Pond and the other on the turtle float in Silver Spring. Thanks to field school student and turtle enthusiast Ed Branson, we now have a documented fourth record! 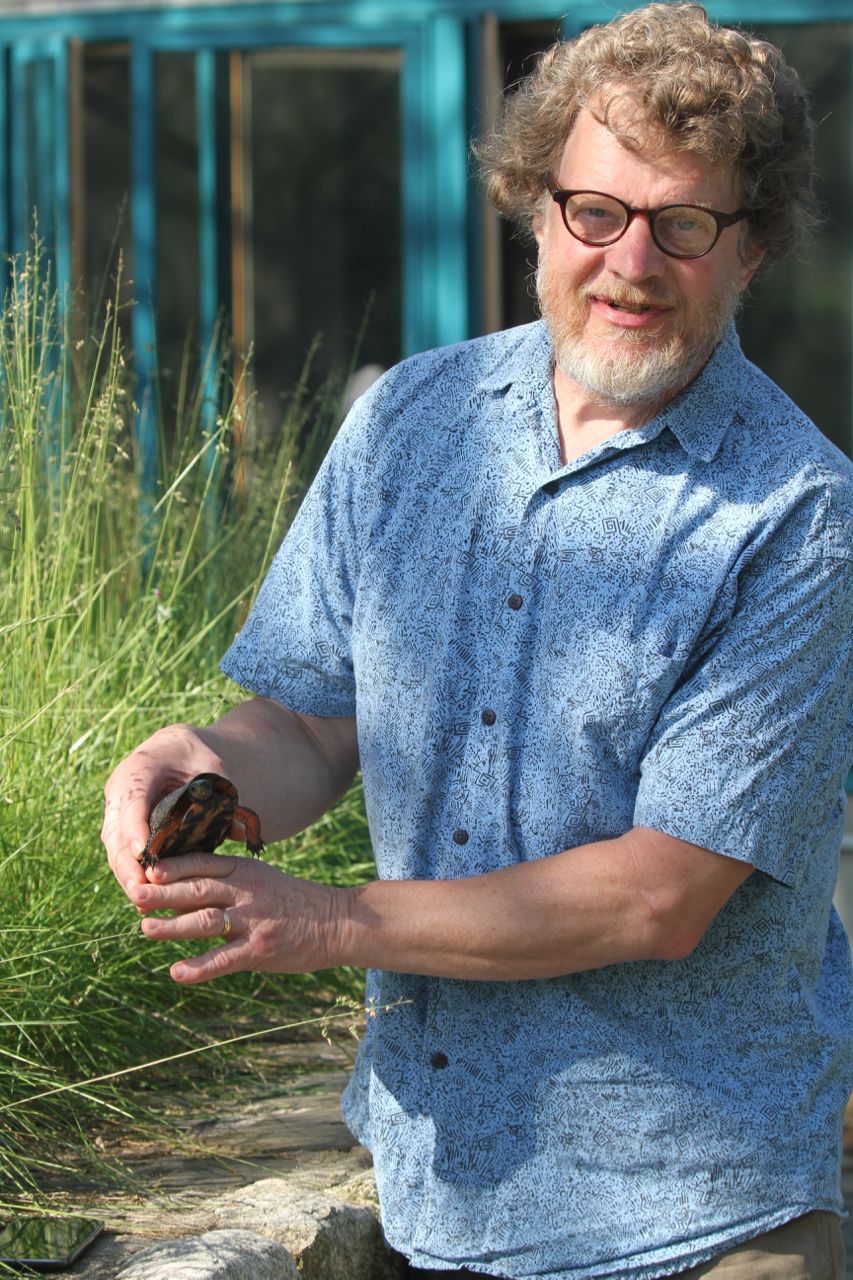 Ed Branson and the turtle he’d hoped to see during his Field School weekend. (photo by Elizabeth Bradfield).

What wild encounters do you wish for? There are more Cape Cod Field Schools coming up, including a chance to help with monitoring and releasing Hatching Diamondback Terrapins, August 25–27 and exploring the world of Tracks & Signs: Reading Messages Left by Animals, September 30–October 1.