We knew it would happen. After the first round of sea turtles stranded last weekend, things had quieted down. Then Friday’s cold front swept in…and so did the turtles. 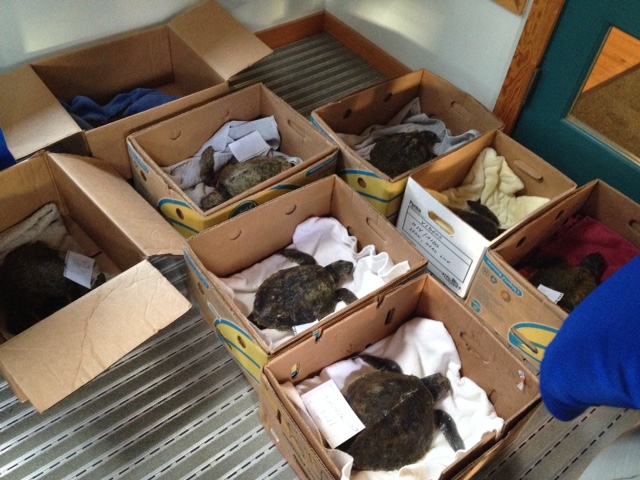 Waiting for a lift to Quincy

For about 24 hours between Saturday and Sunday morning, 50 turtles were recovered from bay beaches between Brewster and Eastham, mostly Kemp’s ridleys and some green turtles. That’s a new one-day record for live turtles for us; also for the New England Aquarium.  Turtles in donated banana boxes were packed into our lobby to await rides to the aquarium’s Animal Care Center in Quincy. 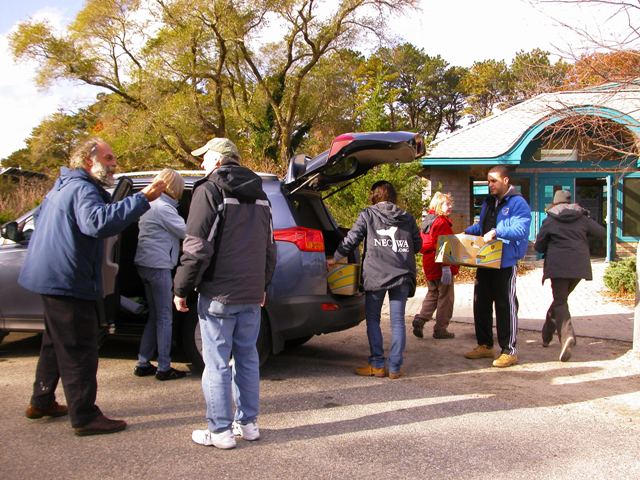 At the end of today, we received yet another turtle. The Kemp’s ridley below was brought in by people walking near Jeremy’s Point in Wellfleet. We rely greatly on our regular volunteers, but it’s wonderful when everyone makes an extra effort to save a turtle. This cold ridley may not look terrific, but it’s alive, and will look like a different animal once under the aquarium’s care. 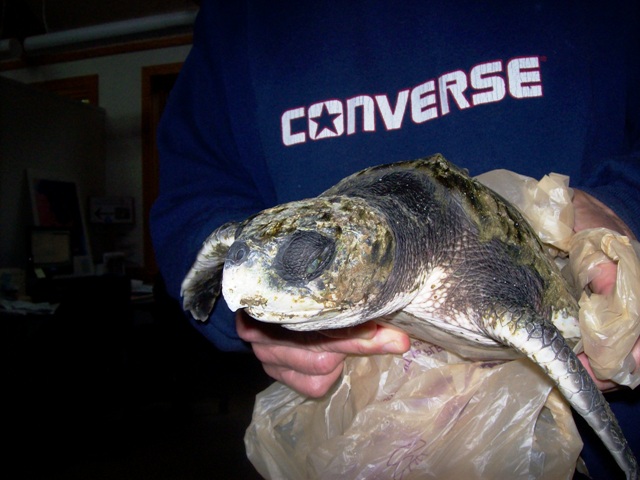 Another turtle off the cold beach