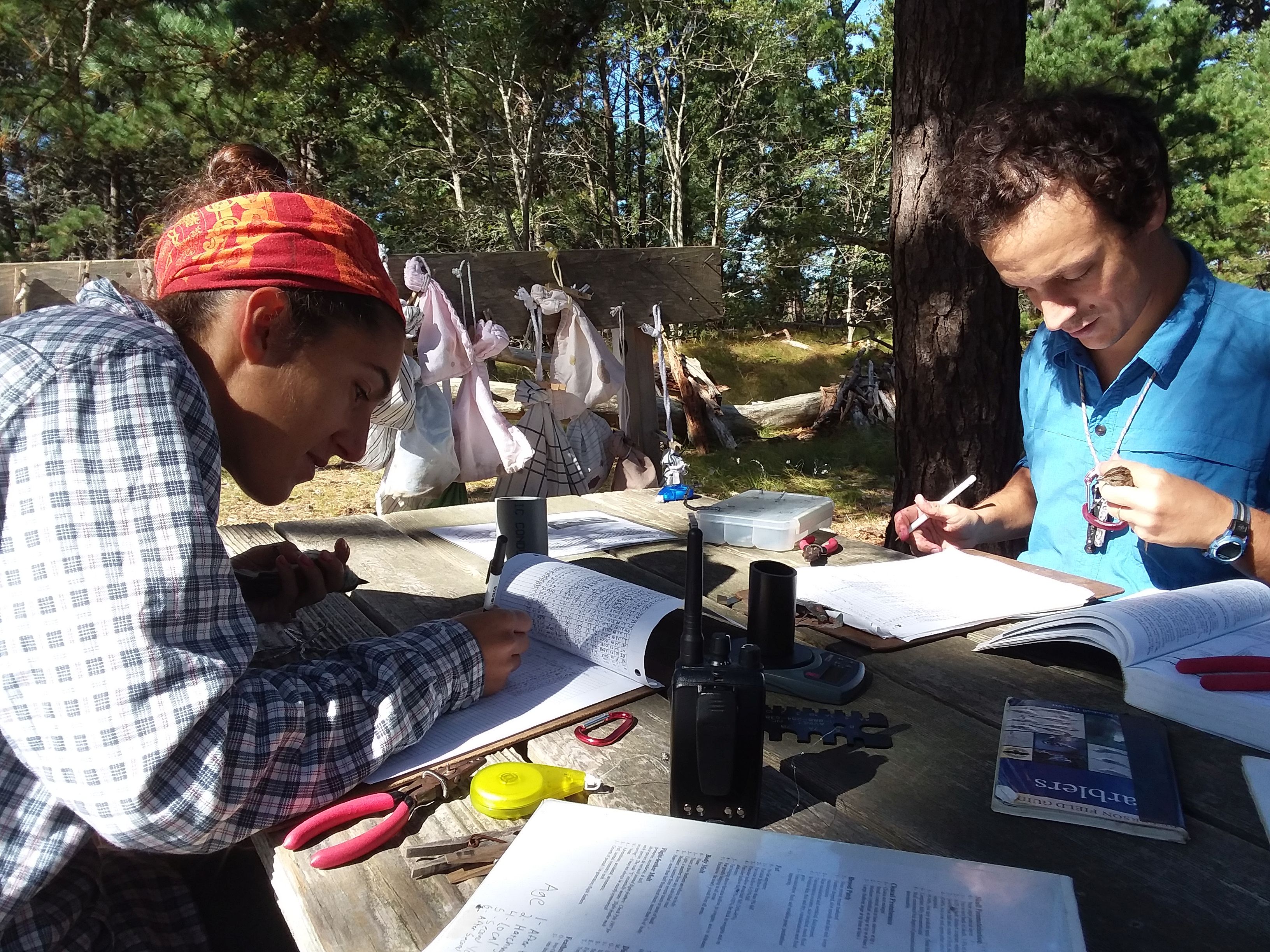 Bursts of migrating birds have given Mikayla Thistle and Frankie Tousley a lot of busy mornings this fall.

There were two new faces at the bird banding table this fall while our master bander James Junda operates a second banding station out of South Monomoy.

Banding assistants Mikayla Thistle and Frankie Tousley developed an interest in birds at opposite ends of the country. Mikayla, who’s from Massachusetts, was educated at Boston University and trained at the Manomet Bird Observatory. She’s also done field research from upstate New York, to Florida, and Hawaii.

Frankie, a native of Oklahoma, switched to a biology major after three years as an engineering student. He spent four years in northern California working on a Black-backed Woodpecker project for the Institute for Bird Populations. He admits to having to give himself a crash course in identifying birds of the eastern US! 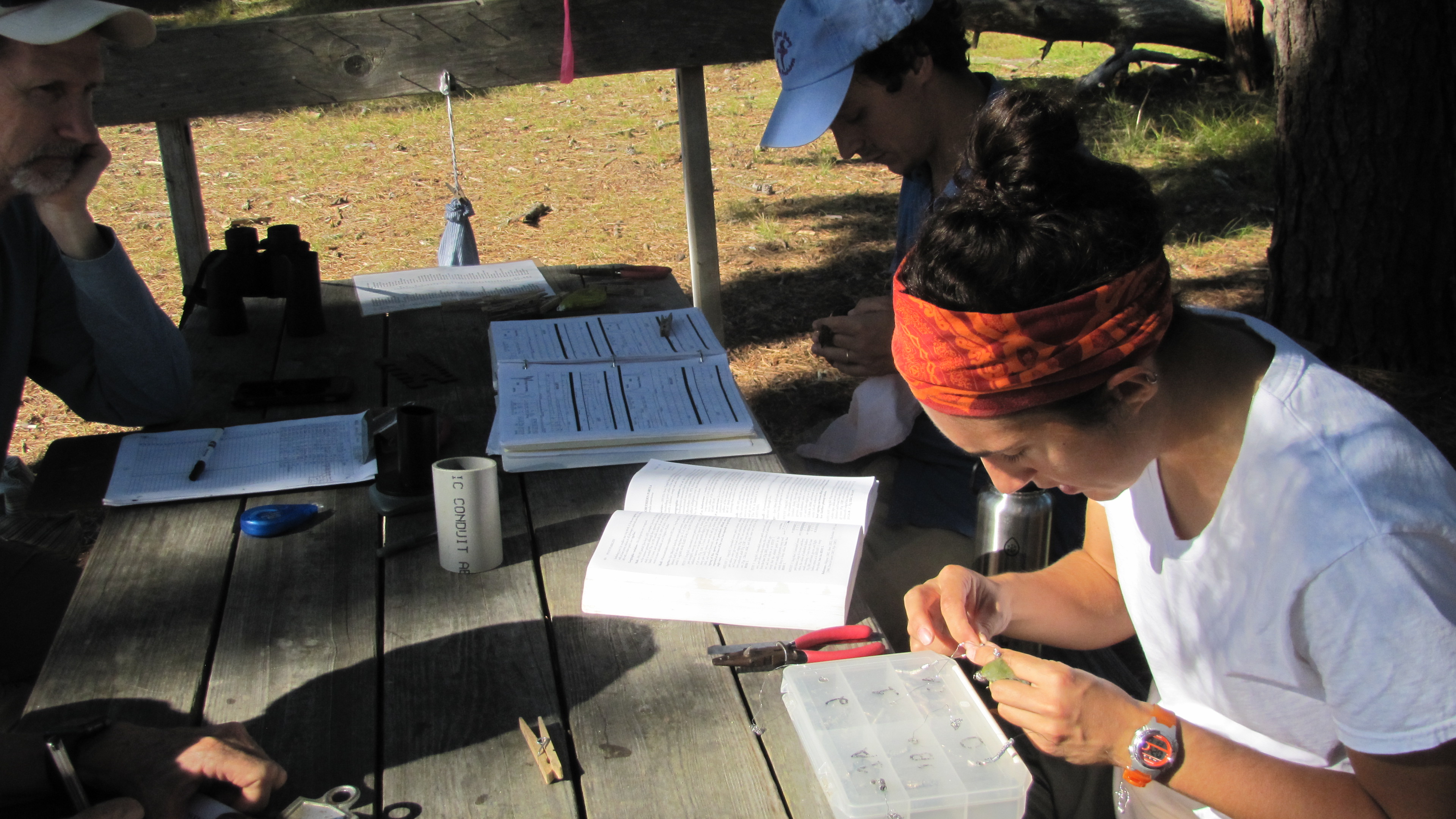 Mikayla chooses the correct band to attach to the bird’s leg. Bands are based on the size of a bird and the team is careful to make sure the match is right.

Not surprisingly, both love working with birds. “Each bird is a puzzle and tells a story,” Mikayla says. She also notes that while the process of bird banding involves the same activities each day, you never know what’s going to show up.

“Some days, you can end up with 27 birds in just one net!” she says. This has happened more than a few times this fall as birds pulse through between tropical weather systems. 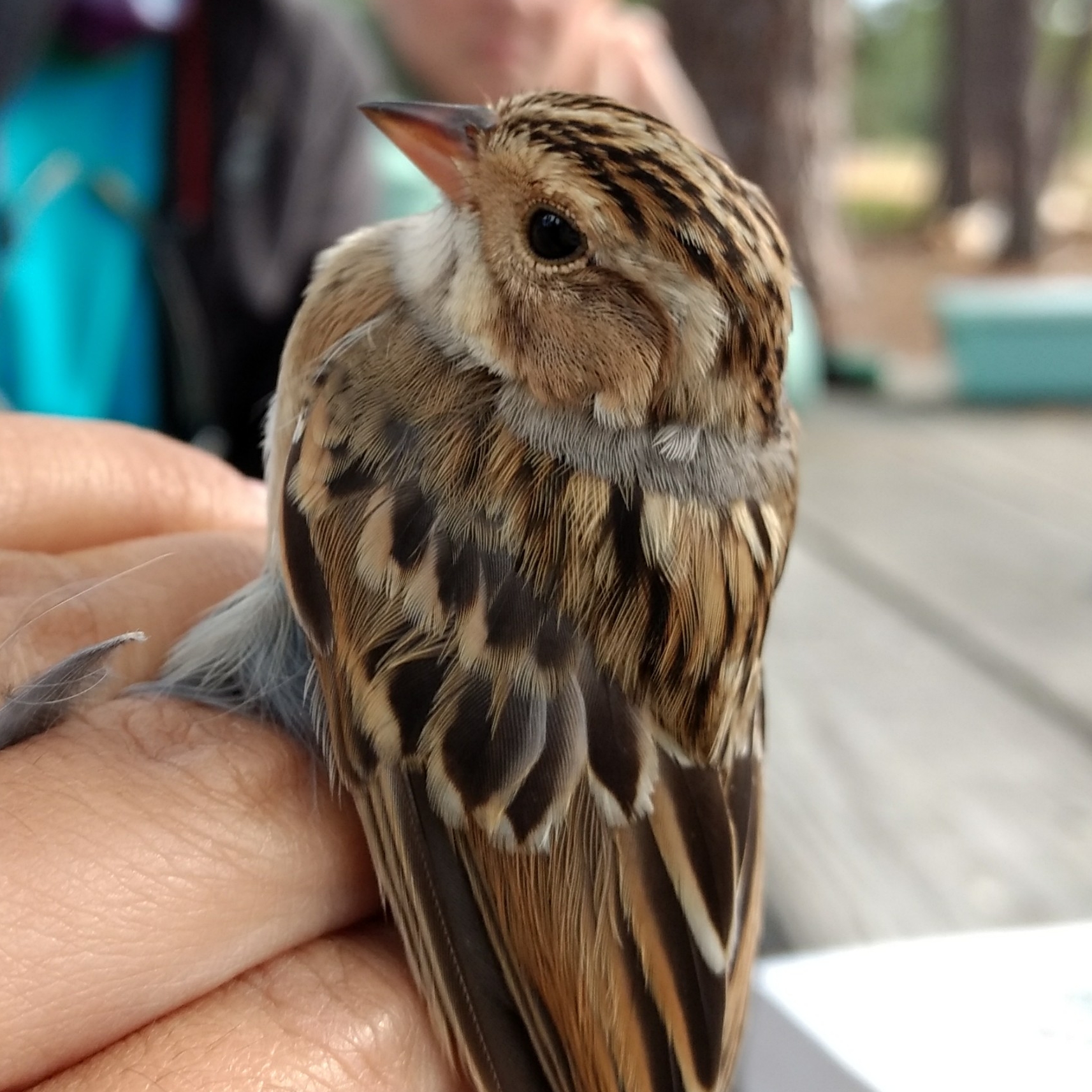 This Clay-colored Sparrow was a nice surprise since these birds are mostly found in the Great Plains and northern prairies. (Photo by Frankie Tousley).

Both Mikayla and Frankie say they’ve enjoyed being part of Wellfleet Bay. “It’s an amazing community…and it’s not all about birds,” Mikayla says. “There’s all the turtle work that goes on here. There’s a clear mission of conservation.” 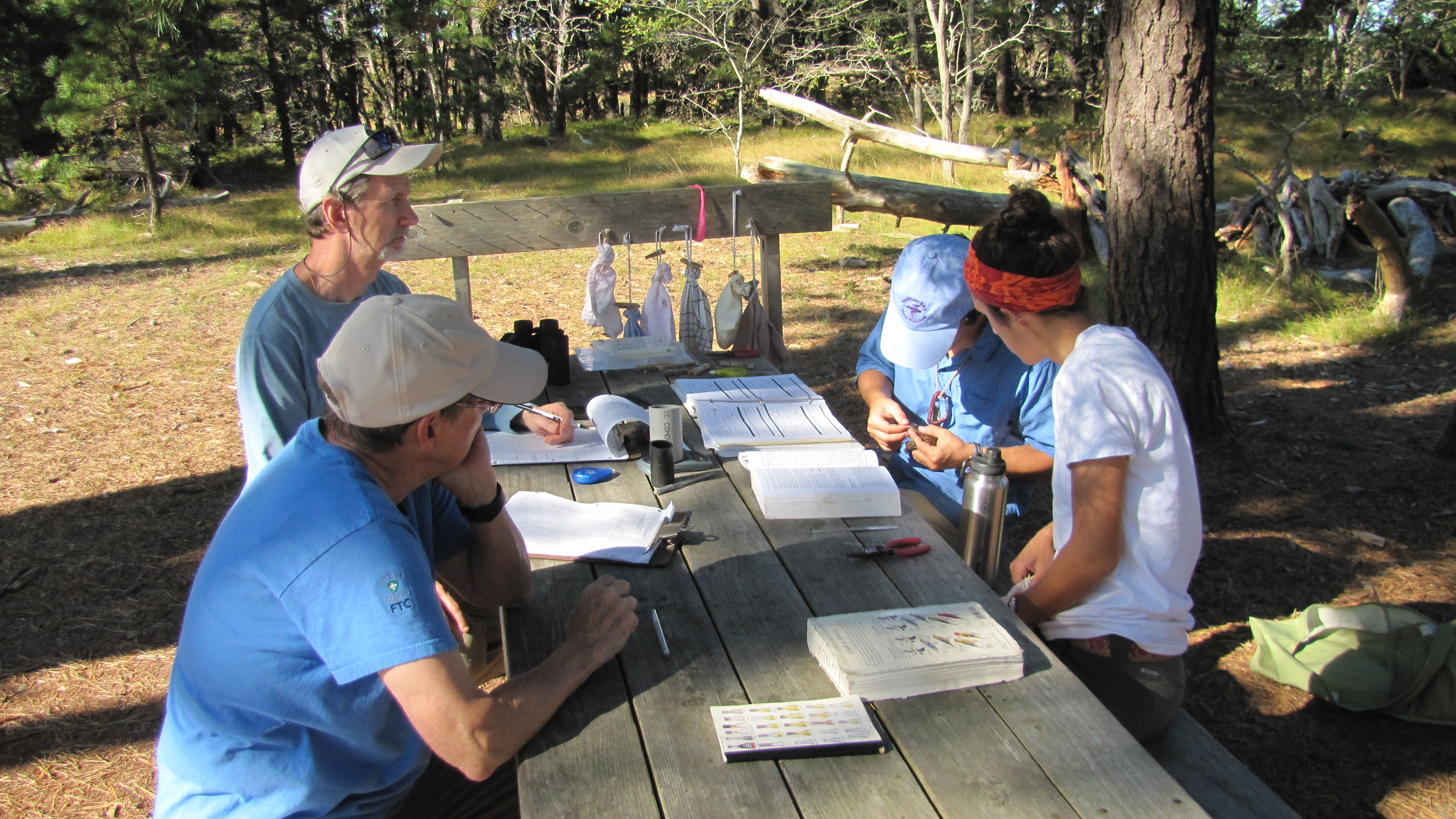 Mikayla and Frankie say they’re impressed by the dedication of volunteers (shown here are Tod Christie and Peg Dolan) who have to get up well before dawn for each shift and often walk miles each morning on net runs.

Both banders are hoping to move on to graduate school. Mikayla says she wants to study movement and dispersal ecology for managing at-risk bird species. Frankie wants to study irruptions and how flocking species cope with starvation.

Like the birds they band, Mikayla and Frankie are pushing south–to fill in at the banding station on South Monomoy as James Junda returns to Wellfleet Bay. You can watch this bird research in action each Saturday morning from 8-9 through mid-November.