Like thousands of people who come to the Cape and Islands each summer for a chance to explore the local waters, sea turtles are also drawn here. The region’s bays and sounds offer a  smorgasbord for turtles—from the world’s largest, the leatherback, to the smallest, the Kemp’s ridley.

But foraging this year has been especially dangerous for these already endangered and threatened turtles. At least 26 leatherbacks have been killed from July through October, either by vessel strikes or entanglement with fishing gear. That’s more than twice as many as last summer. 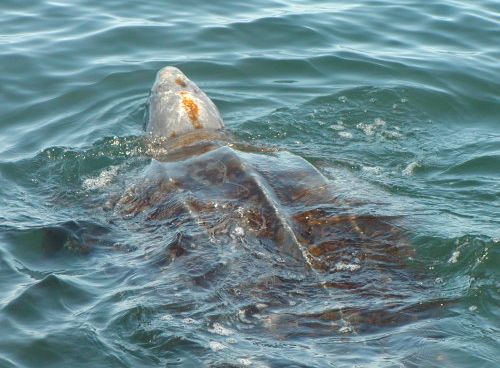 So why the increase? It may be the result of a combination of different causes, including possibly more leatherbacks feeding in the area, a higher-than-average density of jellyfish (what leatherbacks eat) in Vineyard Sound, a longer boating season due to unseasonably warm weather, and possible increases in the vertical-line lobster and conch fisheries.

To put these numbers in perspective, we’ve had more than 110 sightings of live leatherbacks reported this year. But this number is derived from opportunistic sources and not from systematic surveys or counts, so we’re unable to say with certainty how many turtles have been out there. 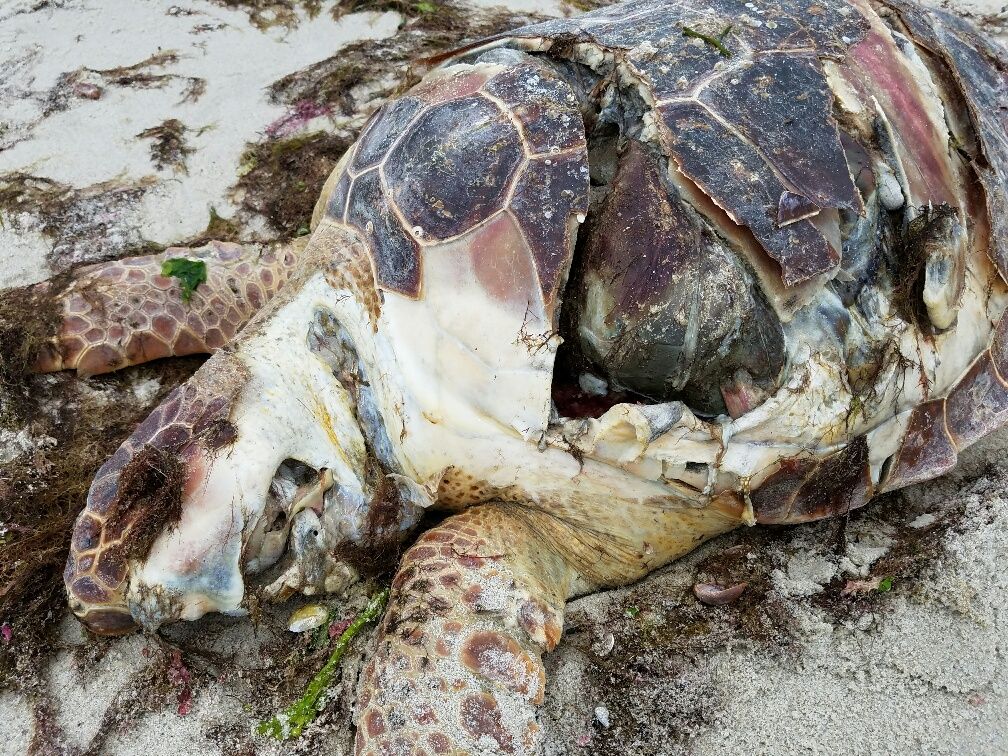 A loggerhead turtle struck by a vessel and found dead in Osterville this summer.

Loggerhead sea turtles have also lost their lives while feeding around here. So far, nine loggerheads have been reported killed. Increasingly, vessel strikes appear to be the cause. Just recently, even a young Kemp’s ridley—smaller than a dinner plate—was the victim of an apparent boat strike in Cape Cod Bay. 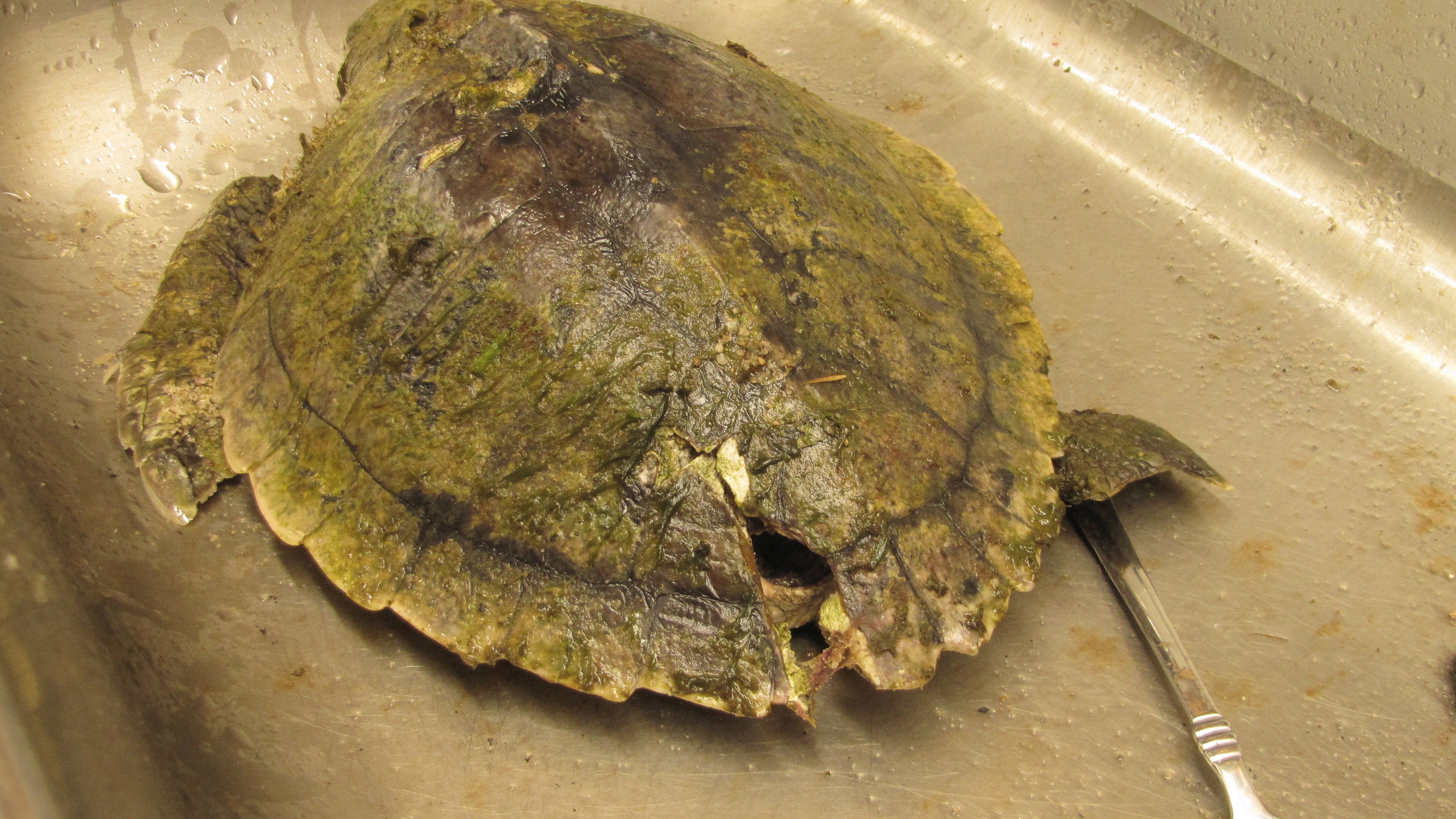 This young Kemp’s ridley suffered a cracked carapace and lost its left rear flipper, likely caused by a boat-strike.

For years, Wellfleet Bay has been urging boaters to be aware of and watch for feeding sea turtles. In recent years more commercial vessels, including whale watch and sightseeing boats, along with ferry captains, have been reporting their sightings along with many individual recreational boaters. We continue to look for new ways to remind anyone out on the water that sea turtles actively feed off the Cape and Islands in the summer and fall.

Wellfleet Bay’s website for reporting sea turtles is seaturtlesightings.org. Or you can call 888-732-8878. The website is mobile device-friendly and also has pictures and information about turtles to aid with identification.