After a great deal of persistence and anticipation, Mass Audubon has recently added a new 23 acre Conservation Restriction in Holliston, Massachusetts. 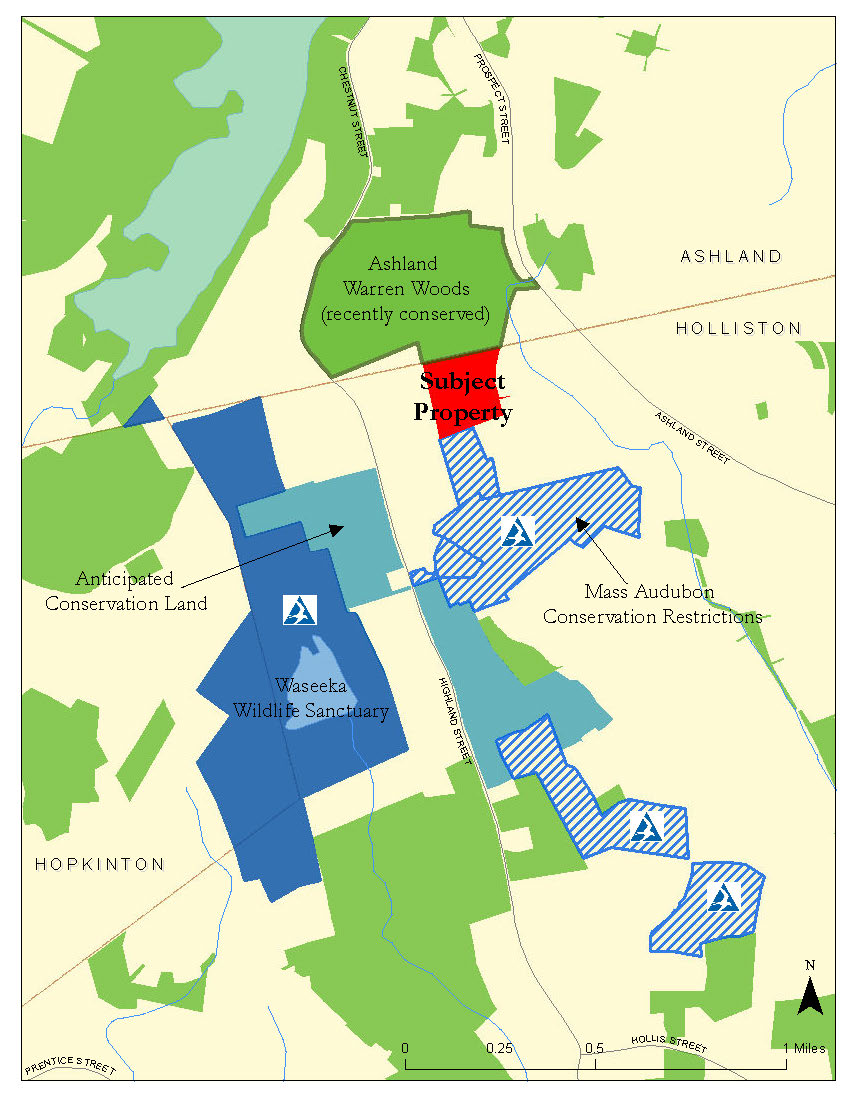 Audubon and the Towns of Ashland and Holliston to protect a roughly 140 acre property formerly owned by Northeastern University.

Since this land straddles the boundary of two towns, the project was undertaken in two cooperative phases.  First, Mass Audubon and the Town of Ashland worked together to raise money to purchase the Ashland side of Warren Woods (the bulk of the property) with The Town of Ashland purchasing the land (with help from Mass Audubon) and Mass Audubon holding a permanent Conservation Restriction to best ensure that it remain in conservation over the long-term. This phase was finished in 2016.

Then Mass Audubon worked to repeat this success by partnering with the Town of Holliston in a similar arrangement: the Town purchases the land and Mass Audubon then holds a permanent Conservation Restriction to protect it.

This is not the first time Mass Audubon has worked with local governments to preserve land. By pooling our resources, this project illustrates how so much more conservation can be accomplished when we work together, especially in regions of the state like Metro West where land is relatively expensive.  Without the joint effort of Mass Audubon and these local governments, it’s likely that this would have never happened.

As for this new property in particular, it may be relatively small, but it provides a truly key link of woods and wetlands (see map) in a large corridor of protected land in Metro West, totaling over 1,000 acres – no small feat in a densely populated and growing part of the state.