Since the addition of 75 acres purchased from the Oak Knoll Realty Trust in 2011, Mass Audubon has focused on two “missing puzzle pieces” to add to the 250-acre Rough Meadows Wildlife Sanctuary in Rowley. The two important parcels of unprotected salt 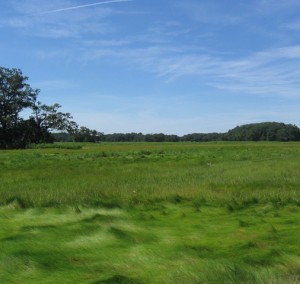 marsh are located in the center of the Sanctuary. Check out the photo for a glimpse of this beautiful salt marsh habitat that will be a very fitting addition to the Sanctuary.

This land totals about 10 acres and is owned by a conservation-minded landowner who has been willing to work with us to ensure the land‘s protection. As you know from this blog, land protection involves several steps that bring us to closing a land transaction – from legal and title investigations, to environmental records checks and due diligence, to document and deed preparation – to name a few. At this time we are nearing completion of the title and environmental records check for this property and provided everything goes as planned we will be closing on this transaction soon. Fingers crossed for success!

As we say here in the Bay State, it has been a “wicked busy” spring and summer! Following a relatively quiet period at the beginning of the year, a number of important projects recently came to fruition during a flurry (can we use that word in this weather?) of activity as the warm weather set it. Now that the dust has settled a bit, it is fun to share all of the good news. 350+ acres in Spencer (Sibley Farm) were protected in perpetuity, along with 50 acres at our Rutland Brook Wildlife Sanctuary in Barre (Patterson), 100 acres in Wendell, Orange and New Salem (Fisk) at our Whetstone Wood Wildlife Sanctuary, and 9 acres in Barnstable Village (Ferguson) at our Barnstable Great Marsh Wildlife Sanctuary. During this whirlwind of activity, we also celebrated a Conservation Assist – helping to 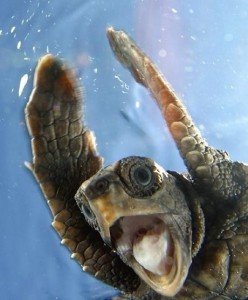 achieve an important outcome by the Town of Ashland, in which they successfully protected the 120 acre Warren Woods property in that community. And, if that’s not enough, we also succeeded in obtaining the final $800,000 in grant funds from NOAA to deliver the final payments to the Sacred Hearts Healing Center, wrapping up the very successful Great Neck Conservation Initiative in Wareham. These projects succeeded by working in partnership with our valued public and private conservation partners, and through the invaluable support of people like you. Wicked good job!

For the last two years we have been working to protect 75 acres containing valuable salt marsh and upland within the Great Marsh ecosystem in Rowley. The unique location of this land, if protected, would knit together more than 8,000 acres of permanently conserved land.  After a myriad of last minute obstacles were resolved, we finally achieved that long sought goal earlier this week.

I’ve often remarked that working as a land protection professional is sort of like working in an Emergency Room of a busy hospital. A seemingly endless stream of ‘patients’ come before you—in varying stages of ‘trauma’, generally requiring immediate attention, and with the continued well-being of each one being so very important to someone, sometimes  everyone.  With two polar opposite futures—imminent development and conservation forever—often swinging in the balance, it can get pretty heavy. Emotions can become frayed, physical energy depleted, and relationships sometimes strained from the tension often involved in these high stakes endeavors.

But when a ‘patient’ is ‘saved’ after a threatening and complicated crisis is successfully unwound a powerful sense of satisfaction arises from being a part of doing something of real and lasting good. That is how we and so many of you who donated funds to make it happen feel about the news that the 75 critically important acres at the Great Marsh in Rowley were finally protected this week.

Because of the Chandler family who played such an important role, so many of you who contributed personal funds, the U.S. Fish & Wildlife Service and Open Space Institute(both of which awarded substantial grants to this worthy project) the Town of Rowley, the state Department of Conservation and Recreation, and of course our valued conservation partner, the Essex County Greenbelt Association,  the plants and animals—both rare and common—that have quietly thrived there for eons will continue to do so forever.   Thank you all so very much. 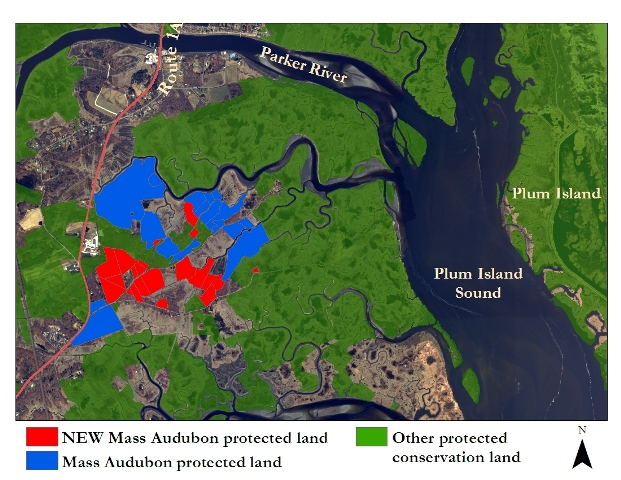 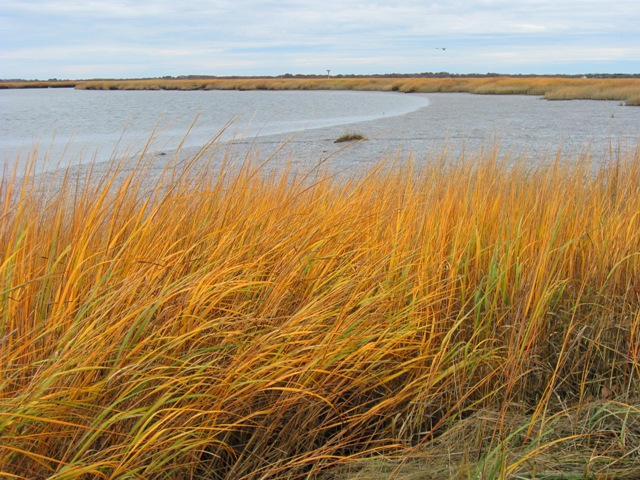 Such is the case with our recent efforts to purchase and preserve 75 ecologically sensitive acres in the Rowley Great Marsh owned by the Oak Knoll Realty Trust. Our activity on this conservation initiative in Rowley has begotten more conservation activity! (See our webpage for information on the progress we’ve made and the challenge we face during the home stretch of this critically important conservation project.)

A landowner that abuts the Oak Knoll Realty Trust land is now working with Mass Audubon to donate their 10 acres to the cause, which will increase the total amount of salt marsh to be protected through our efforts to 85 acres! The enlarged scope of what was already a significant salt marsh conservation project will provide an enormous protective benefit to the salt marsh ecosystem of the Rowley Great Marsh, now and forever. We hope to receive this gift around the same time as we hope to close on the Oak Knoll land, which we currently anticipate to take place in September 2011.

On May 16 Rowley Town Meeting unanimously approved Mass Audubon’s request to allocate $250,000 from the town’s Community Preservation Act open space account toward the conservation of over 75 acres in the Great Marsh (the Great Marsh Conservation Initiative). The approval of town funds is a critical part of the financial package needed to acquire the property, which also includes various forms of other government support, such as the Federal North American Wetlands Conservation Act (NAWCA), and private support. Once purchased (hopefully in September 2011), the land will become part of Mass Audubon’s Rough Meadows Wildlife Sanctuary in Rowley. This project represents the last opportunity to acquire a critical missing link in the Great Marsh which conservation advocates have been trying to secure for over 30 years. This land protection effort provides numerous benefits for the Great Marsh and Rowley including preserving Rowley’s saltmarsh and water resources, shellfish beds, tidal creeks, and estuaries, completing a Heritage Landscape and historic Main Street scenic vista prioritized by the Essex National Heritage Commission, providing for increased public safety by absorbing storm-related floodwaters, protecting farmland from future development, and continuing saltmarsh agricultural activity. 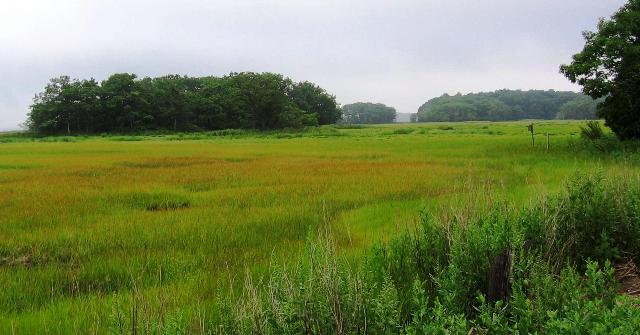 Earlier this month, the Great Marsh Conservation Initiative seeking to preserve 75 acres of critical open space and salt marsh estuary habitat in Rowley gained unanimous votes of approval from the Rowley Board of Selectmen and Community Preservation Act Committee. The Conservation Commission also unanimously voted to support the project at a meeting last month. Due to the purchase price of this land it has been very important to gain funding support from various partners, and the Board of Selectmen’s and Community Preservation Act Committee’s endorsement of our $250,000 request was a key achievement. Underscoring the importance of this land, one member of the Board of Selectmen said “we owe it to future generations to protect this land and the Great Marsh and there won’t be many other opportunities like this one again.” Other partners supporting this initiative include the Essex County Greenbelt Association, a Federal funding grant from NAWCA, and the support of numerous private foundations and individuals.

To see a map of the project area, or learn more about the project, please visit our webpage. 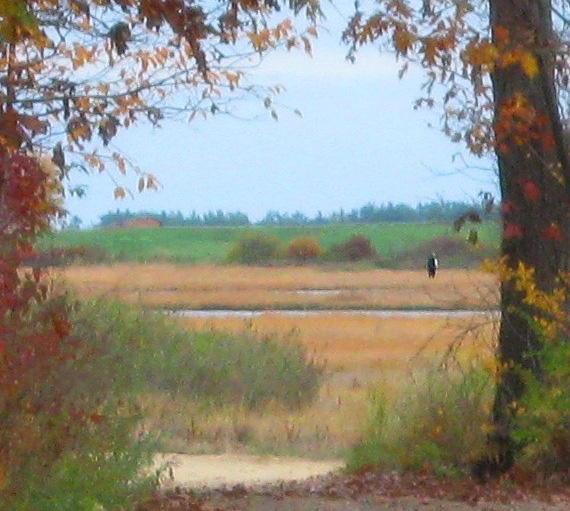 Fisherman in the Great Marsh, near the land we’re working to protect.

We recently received official notification (aka wicked good news) that a $1 million challenge grant will be awarded from the US Fish and Wildlife Service through the North American Wetlands Conservation Act Grant Program to help fund our ongoing efforts to purchase more than 75 acres of ecologically rich land as part of a larger initiative to create a wonderful new wildlife sanctuary in the Great Marsh in Rowley. This exciting challenge grant , combined with other funds—received, pledged, and hoped for from generous individuals, foundations, and others—help keep this ambitious project on a course for success despite a daunting fundraising goal and tight timeline.  We are proud to be working in partnership with the Essex County Greenbelt Association, the regional land trust for the North Shore. An old adage in the land conservation field says that great projects attract funding, that certainly appears to be the case with our project at Great Marsh. The next important step in this project will be the Town of Rowley Town Meeting on Monday, May 16th, where voters will consider a request from the Community Preservation Committee for $250,000 for this project.

To contribute to this effort, or simply to learn more about this project, please visit our webpage. 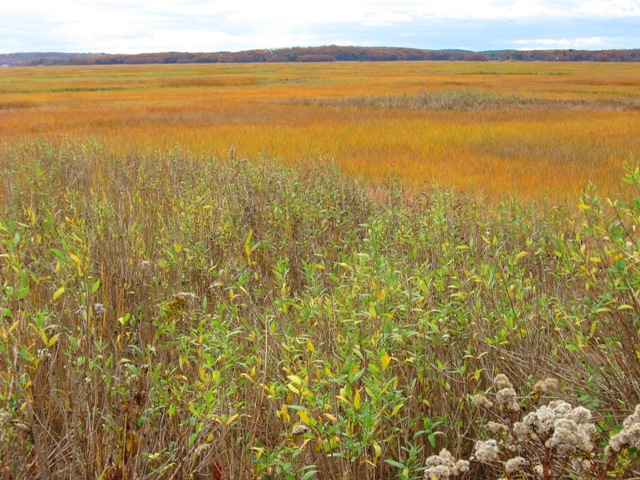